Premenstrual syndrome (PMS) affects between 30% and 40% of all U.S. women of reproductive age. Fifteen million women (predominantly in their 30s and 40s) are found to have symptoms severe enough to markedly disrupt their lives in the luteal (premenstrual) phase or throughout their cycles. Classic symptoms, somewhat in order of frequency, are fatigue, irritability, anxiety, carbohydrate craving, abdominal bloating, depression, insomnia, edema of extremities, headache, altered sex drive, breast pain, weight gain, constipation, acne and aggressive behavior. Most research points to hyperestrogenism, sometimes known as “unopposed estrogen metabolite buildup” or an “increased estrogen to progesterone ratio,” as the chief underlying etiology. The estrogen excess is caused not only by overproduction and exogenous exposure, but more significantly by chronic, poor breakdown and clearance via the liver and bowel, resulting in an overshadowing of progesterone in the luteal phase.

Hyperestrogenism is increasing in frequency and severity due chiefly to multiple lifestyle and environmental factors including high sugar and fat, low fiber and nutrient diet; exposure to estrogen mimicking substances in food, water and the environment (pesticides, herbicides, additives, plastics, hormones, etc.); low exercise and excess weight; birth control pills; and stress. These factors in turn disrupt optimal estrogen breakdown (conjugation/detoxification) in the liver and excretion in the bowel.

While symptom relief can be achieved with progesterone or thyroid administration, these approaches should be secondary because they only artificially restore hormone ratios while ignoring the underlying problem of excess estrogen. Though PMS patients often exhibit mood swings and depression, as well as low serotonin levels, the increasing use of selective serotonin reuptake inhibitors (SSRI), while sometimes helpful in the short term, do not correct the underlying imbalances. Many practitioners report a greater prevalence in hyperestrogenic patients of mood disorders, hypothyroidism, chronic fatigue syndrome, fibromyalgia, headaches, candidiasis, allergies and autoimmune disease.

Being a multifaceted, lifestyle-influenced disease, optimal treatment begins with appropriate lifestyle changes, including stress and weight reduction, dietary improvement and exercise. Additional key therapeutic supplements include high levels of the B vitamins (especially B-6) and a full range of minerals (especially calcium and magnesium) and gamma-linolenic acid (GLA, an omega 6 fatty acid). Also important are lipotropic agents such as dandelion which reduces cholestasis, and the hormone-balancing and progesterone-promoting botanical, chaste tree berry (Vitex agnus castus).

There is scientific evidence that calcium has cyclic fluctuations during the menstrual cycle that may help explain some features of PMS; estrogen regulates calcium metabolism, intenstinal calcium absorption and parathyroid gene expression and secretion, triggering fluctuations across the menstrual cycle. Alterations in calcium homeostasis have long been associated with many affective disturbances; the similarity between the symptoms of PMS and hypocalcemia is remarkable. Calcium supplementation effectively alleviates the majority of mood and somatic symptoms; evidence strongly suggests that PMS represents the clinical manifestation of a calcium deficiency state.

Studies indicate the use of calcium-d-glucarate may both change the internal hormonal milieu and also directly detoxify any environmental agents responsible for breast cancer.

Broccoli (Brassica oleracea) sprouts contain high levels of indole-3-carbinol, a portion of which is converted into diindolylmethane (DIM). These substances enhance the breakdown of estrogens in the direction of beneficial (rather than harmful) metabolites, resulting in improved clearance and protection from mutagenesis, specifically breast cancer. Dandelion (Taraxacum officinale) increases blood flow in the liver, improves overall liver function (including conjugation and detoxification pathways), and acts on the kidneys to reduce fluid retention.

Chaste tree (Vitex agnus castus) both inhibits prolactin (dopaminergic action) and normalizes the estrogen-progesterone balance in favor of progesterone in the premenstrual phase, in part by displacing estradiol from binding sites and by increasing luteal production of progesterone. Studies indicate an overall improvement in PMS symptoms, cycle disorders and mastalgia with chaste tree administration. These three botanicals should be organic and fresh freeze-dried to insure optimal potency and retention of the full range of bioactive constituents in their naturally occurring ratios.

Calcium-d-glucarate favorably impacts phase II detoxification by inhibiting beta-glucuronidase (which in turn enhances detoxification of carcinogens and tumor promoters; elevated beta-glucuronidase is associated with increases in hormone-dependent cancers, such as breast and colon). It also aids in the regulation of estrogen metabolism in favor of protective versus toxic metabolites, as well as lowers lipids. Blood levels of calcium have been shown to decrease in the luteal phase, and calcium supplementation relieves insomnia, fluid retention and mood swings exhibited during this premenstrual phase of the cycle.

Vitamin B-6 serves as a cofactor for essential fatty acid metabolism and is important in dopamine formation and gluconeogenesis. It also acts as a diuretic, reducing hyperpermeability of cell membranes which decreases interstitial fluid shifts. As a cofactor for dopamine production, B-6 helps regulate prolactin (dopamine suppresses prolactin) and as a cofactor for serotonin production, B-6 helps stabilize mood swings (as does B-12). Estrogen rise results in relative B-6 deficiency because it causes the release of hepatic enzymes that compete for B-6. Supplementation with B-6 improves conjugation and hepatic clearance of estrogen.

PMS sufferers demonstrate higher sensitivity to and/or higher levels of prolactin and low series 1 prostaglandins (PGE 1) in their blood. PGE 1 counteracts the effects of prolactin (produces PMS symptoms when elevated) and reduces the dysmenorrheic properties of the series-2 prostaglandins (PGE 2). Dietary linoleic acid and GLA are converted to PGE 1 through a biochemical pathway that requires the following cofactors at different steps: vitamin B-6, magnesium, vitamin C, niacin and zinc. Black currant oil is one of the highest and most natural (ex. food) sources of GLA.

The above nutrients and botanicals effectively aid the restoration of hormonal balance in all of the myriad presentations of hyperestrogenism. 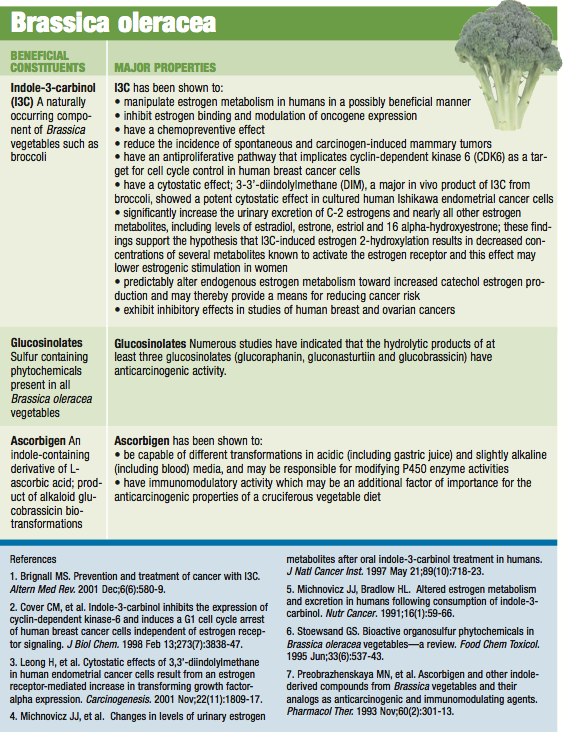 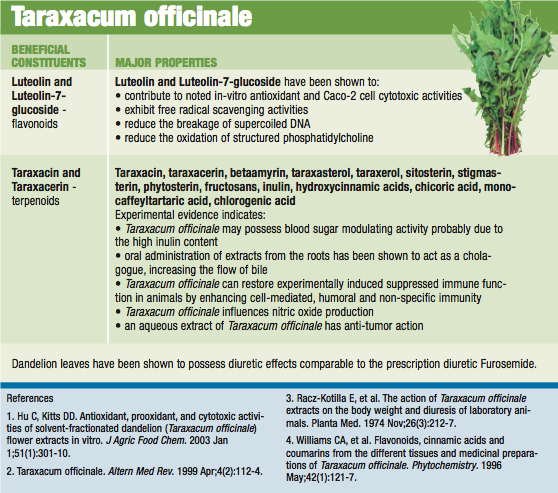 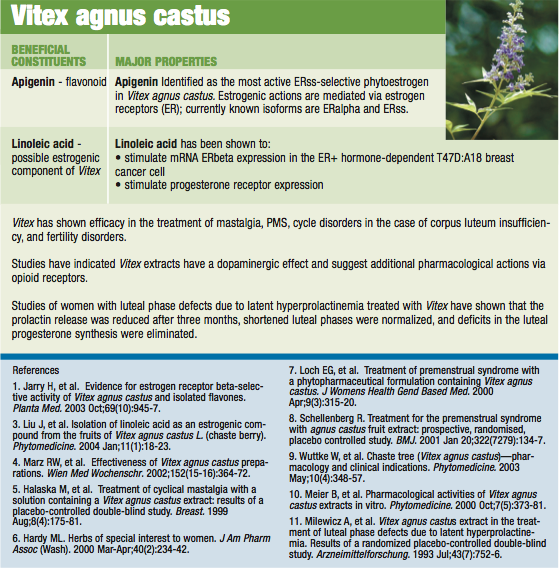 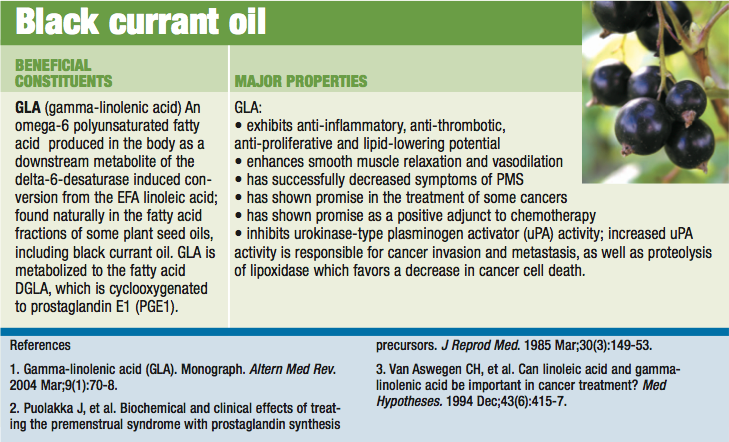 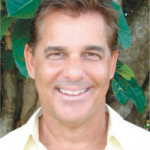 Michael Ancharski, ND graduated from NCNM in 1979, followed by the very first naturopathic residency (in obstetrics and family medicine). His teachers included such pillars of the profession as John Bastyr, O.G. Carroll, William Turska, R. Noble, A.W. Kuts-Chereaux, William Babnick, Bill Mitchell, John Ettinghausen and Jeffrey Bland. He has served as clinic director at NCNM and as a clinical professor at both NCNM and SCNM. He co-founded Eclectic Institute and founded BioGreen- One Earth, One Body, both centers of research and development of nutritional and botanical medicines. After an extensive OB/family practice in Portland, OR (establishing the Natural Childbirth and Family Clinic) and a renowned nutritional/botanical medicine practice in Tucson, AZ (the White Dove Clinic), Dr. Ancharski currently has a rural general practice on the north shore of Kaua’i, Hawaii. He is writing a book about identifying basic imbalances at early stages and restoring health with unique and comprehensive basic naturopathic programs. 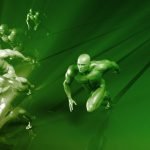 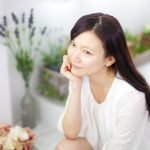