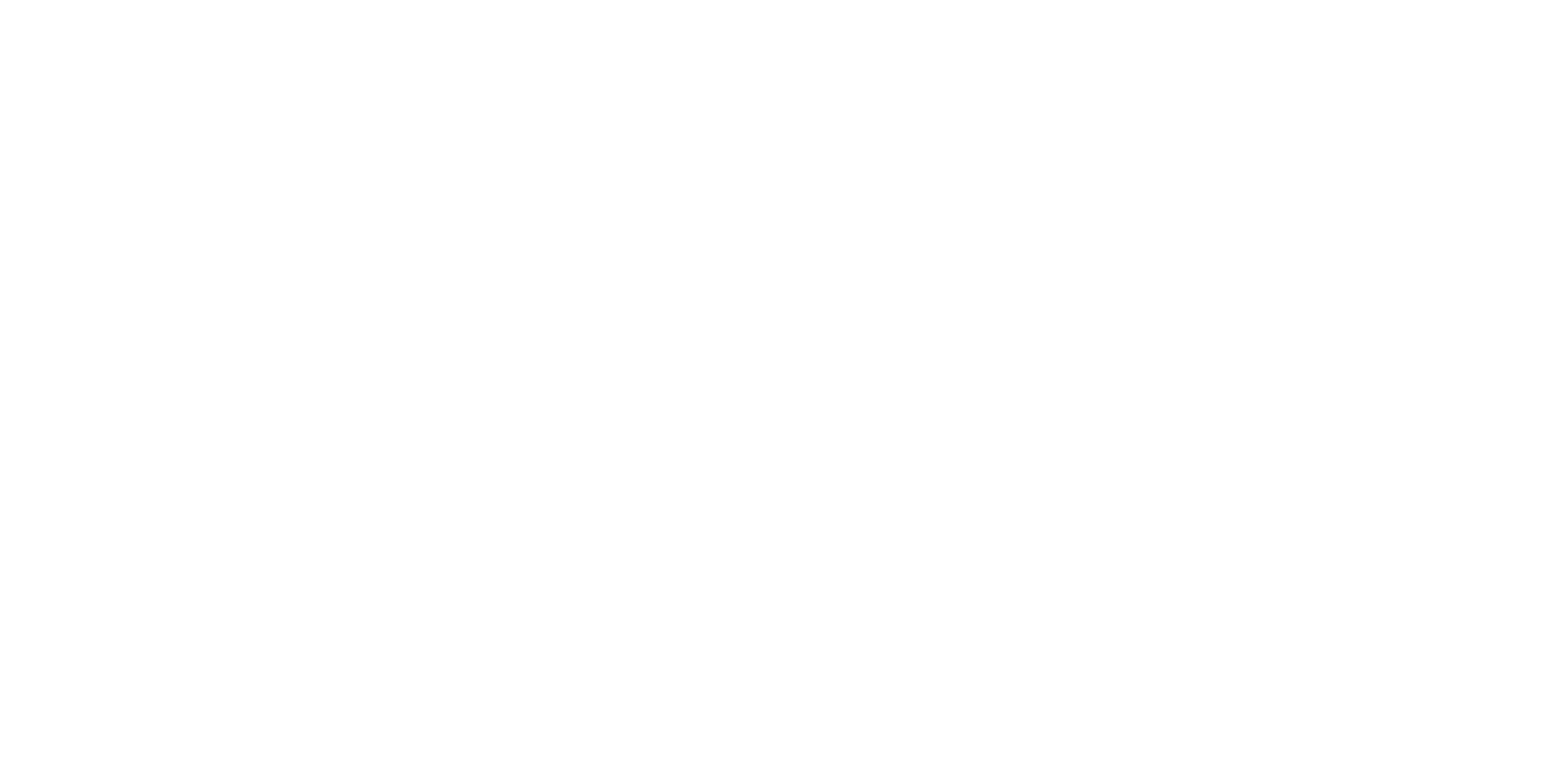 When working with elite athletes, there are several issues that naturopathic physicians must be aware of. First and foremost, you must have an appreciation for the extent to which athletes are tested for banned substances, and the ramification that a positive test can have for the athlete and the physician. Should the situation arise where a positive test does occur, you need to be prepared to face a system that does not work as you would expect.

The system involves an entrenched bureaucracy that has little time for considering any other conclusion other than the one it holds. The World Anti-Doping Agency (WADA) sits at the top of this bureaucracy. WADA is an attempt at bringing all drug testing under the control of a single worldwide organization. It was created after the 1998 Tour de France drug scandal in which a team trainer was found crossing the France/Belgium border with steroids, erythropoietin and other performance-enhancing drugs. The incident caused tour officials to conduct extensive searches of other teams.   Cycling’s dark side was clearly exposed for all to see. The International Olympic Committee (IOC) watched these events unfold and must have recognized how perilously close they were to having a similar event occur at a major event

WADA establishes banned methods such as blood infusion, and publishes a list of banned substances that contains nearly 200 steroids, stimulants, beta-blockers, diuretics, narcotics and human hormones that can be dispensed as drugs. All active, elite-level WADA athletes are considered to be part of the “testing pool,” and at any time they may be required to provide a urine or blood sample—either during competitions or by surprise while they’re traveling, training or at home.

The system though is far from perfect. Sporting bodies are confounded by doping methods of increasing ingenuity. Essentially they are one step behind drug cheats. The current BALCO scandal is a clear example of the sophistication of doping and the limitation of drug testing. Add to this, congressional hearings on steroid use in major league baseball; lingering suspicions that major sports like track and field, and events such as the Olympics and the Tour de France, are thoroughly tainted by doping and you begin to understand the zero tolerance stance being adopted. Despite all these efforts though leading experts in the field to openly acknowledge that anti-doping efforts are ineffective. WADA’s response to this is to continue with its current approach―run ’em down, chase ’em, find ’em, assume they are guilty and drag them into testing.

Why does any of this matter to you, the naturopathic physician?

First let me state that I don’t believe that you should adopt an attitude that all athletes are doping.

Most people give elite athletes too much credit with regards to their overall health. They mistake fitness for health. In my experience athletes are notorious for poor eating habits and a penchant to do the completely wrong things to maintain health. They are conditioned with a “no pain, no gain attitude” which results in so much overtraining it is ridiculous.

I know for a fact that athletes will look for any edge to allow them to train more and race harder. This means they will explore virtually any option ranging from lucky charms to weird and wild supplement routines. Invariably, you can expect to encounter any number of ‘in vogue’ supplements ranging for creatine to things as obscure as wasp enzymes (from Japan; $44.95 a bottle … no kidding). Coaches, team doctors and doping officials know this. It drives them insane.

As for the athletes, the motivations for supplementing vary accordingly. For some, they have researched and come up with a rational plan. Others will look at what others are doing and figure that if that person is beating them, they’ll take what they’re taking. The majority though, rarely have they been able to get coherent advice from health practitioners or otherwise to evaluate their needs.

Given the political climate that exists within sports around supplementation, any protocol you provide to an athlete will be put under intense scrutiny. There are several reasons for this. First is that most coaches and sports doctors put little credence in supplementation as a method to achieve performance enhancement. I counter that determining if a supplement is of benefit solely by its ability to improve performance is shortsighted. When athletes make appropriate dietary changes and supplement according to deficiencies and specific needs, their performance improvement is a reflection of their overall health. Treat the cause, support the body in its efforts to heal, and remove obstacles to cure …basic naturopathy.

The second is a reaction to a study commissioned by the IOC in October of 2000. This study evaluated 634 non-hormonal nutritional supplements, obtained in 13 countries from 215 different suppliers to determine if they adultered with banned substances. Out of the 634 samples analyzed 94 (14,8 %) contained prohormones not declared on the label (positive supplements).

In relation to the total number of products purchased per country, all of the positive supplements could be attributed to companies located were bought in five countries: USA, Netherlands, UK, Italy and Germany.

This study has been used to attack supplements on the basis that athletes can never be assured that their supplements are clean. Unfortunately the IOC decided to not publish which supplements were tainted. I cannot understand why they would not do this, but it only confirms in my mind that the best interests of the athletes are not a priority. In response, sport-governing bodies have adopted the stance that if an athlete is supplementing they are on their own. If an athlete tests positive it is their own fault … they should have know better. It makes things much tidier that way. This response was inevitable though, given a rash of positive tests for nandrolone (a marker for steroid use) where many of the athletes have claimed that it must have been their supplements.

There is very little good information for athletes on how to use supplements. I give for you a typical example of a position statement on supplements (this one from the US cycling association)

USADA via its Web site (www.usantidoping.org). Athletes are encouraged to consult with USADA through its toll-free drug information line; 800-233-0393. Remember, the athlete is always responsible for what he or she puts into his or her body.

This head-in-the-sand approach is ridiculous. Given the reputation that cycling has for doping, you would think there might at least be some attempt to deal with the issue.

One country that has made an attempt to educate athletes on nutrition and supplementation is Australia. I believe that much of the success of Australian athletes is due to their proactive approach to health, fitness and performance. I would encourage you to look at the Australian Institute of Sport (AIS) sports science / sports medicine programs (www.ais.org.au/sssm/index.asp).

So what do you need to be aware of as a physician working with elite athletes? Understanding how an inadvertent doping outcome could arise from supplement use is essential. Here are the most common causes of a supplement-related positive test.

Examples include herbal preparations that inadvertently contain ephedra or other herbal alkaloid stimulants found in a common plant source, or multi-ingredient “anabolic supplements” that have an undisclosed content of pro-hormones that convert into banned substances.

The risk of these problems lies with physician awareness, the level of education of athletes about possible sources of banned substances, and the accountability of the supplement industry to guarantee the content and correct labeling of the product.

This leads to the crux of the matter. How do you protect yourself and the athletes you work with? For your supplements consider the following:

I have trained with athletes who have tested positive because their physician gave them a cough syrup with ephedra in it. I have also had an athlete test positive at a competition. In both cases these athletes were not doping. Both were exonerated, though one served a suspension from their sport and the court for arbitration in sport ruled in the athlete’s favor. This is why it’s important that physicians pay attention to the issues raised. An athlete can be innocent, but end up missing several years of competition working through the bureaucracy. On the other hand, doping is a growing problem. Recent surveys have found increased use of steroids in high school and college sports. Many of the officials and sports-medicine physicians I have worked with have adopted the view that supplements are only a prelude to further drug use.

Athletes can really benefit from naturopathic approaches that emphasize prevention and non-drug interventions. Many of the successful athletes also realize this. They are confronted by limited allopathic therapeutic options that either put them in jeopardy of a doping infraction or simply don’t work. They logically seek out alternatives. An example of this is exercise induced asthma, special exemptions have to be obtained for the use of bronchodilators and steroids. While providing temporary relief, I have seen these treatments fail catastrophically mid-race.

A holistic approach evaluating adrenal function, food allergies and gut permeability does wonders for these athletes. However, it is incumbent on the physician to realize that you can’t simply prescribe DHEA to these patients and certainly not ephedra. Further complicating the issue is a real risk of tainted supplements, and a complex and antagonistic regulatory body using testing methods that have become so sensitive that false positives are not uncommon. As a physician, you need to be aware of the risks and take appropriate measures. Research your supplements, talk with your athletes … be proactive. 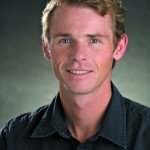 Chris Spooner, NMDReceived his ND degree fromCCNM, and is Postdoctoral Fellow at SCNM’sEnvironmental Center for Excellence where his focus ison research and treatment of diseases caused bychronic exposure to environmental pollutants. Dr.Spooner is a triathlete, and has worked with Olympicand Ironman Athletes in private practice. 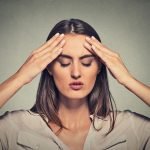