Acupuncture as Treatment for Hot Flashes

Acupuncture as Treatment for Hot Flashes

Breast cancer therapy often causes vasomotor symptoms like hot flashes, insomnia, heart palpitation and night sweats in patients. These are the defining signs of yin deficiency in traditional Chinese medicine (TCM). In TCM, breast cancer itself can be a symptom of yin excess: Masses are from qi stagnation that forms phlegm, usually liver qi; lesions with the worst prognoses tend to lie on yin meridians; and many cancers respond to estrogen and progesterone, the two most yin hormones. Following an allopathic model of treating with “other” would suppress the yin further, removing it through surgery or blocking its action through selective estrogen receptor modulators (SERMs) and aromatase inhibitors. The end result often is that yin deficiency manifests as vasomotor symptoms.

Acupuncture is minimally invasive and unlikely to interfere with surgical or pharmaceutical treatments. Clinical trials show it to be effective for treating nausea and vasomotor symptoms after cancer treatments. Care should be taken not to needle ipsilateral to lymphadenopathy or near newly damaged sites (i.e., lymph node dissection or mastectomy incisions). Distal or contralateral points have proven efficacy. TCM theory is discussed to provide a framework for individualized treatments, although standardized treatments have been shown to be effective in treating vasomotor symptoms.

The gonadotropin-releasing hormone (GnRH), center in the hypothalamus monitors estrogen and progesterone levels. When levels fall, this center, the preoptic area, triggers GnRH which stimulates the pituitary to make FSH and LH, which in turn results in the ovarian production of estrogen and progesterone. Normally the rise in these hormones inhibits further production of GnRH. However, the lack of estrogen and progesterone response results in increased activity in the preoptic area, which controls capillary dilation and sweating mechanisms. Flushing is typically exacerbated by hot weather, hot food or drink, and emotions. It is usually worse later in the day and can cause insomnia that leads to depression, mental dullness and fatigue.

While about one-third of metastatic breast cancer patients respond to hormonal therapies, only 5%-10% of estrogen receptornegative (ER-) women with Stage IV cancer respond. Chemotherapy with cyclophosphamide, methotrexate and 5-fluorouracil (CMF), with its side effects of nausea, diarrhea, gastrointestinal ulceration and bone marrow suppression, is a common therapy in this population. If a patient has ER-positive tumors, the rate is about 60%. If both estrogen and progesterone receptors are present, this rate jumps to 80%. This would be an affirmation of the naturopathic principle
of Tolle totem, to treat the person and not the disease, as not all breast cancer responds to the same treatment. Since age is a risk factor for breast cancer, these patients are often yin deficient prior to the cancer due to menopause. Typical treatment includes a combination of surgery, chemotherapy, radiation and hormonal therapy. From a TCM view, toxic heat is introduced by radiation and CMF. Surgery and radiation fibrosis cause channel blockage and stagnation. The SERMs and aromatase inhibitors increase the yin deficiency. This can cause arrogant liver yang ascending (excess fire) and deficient liver yin (empty fire), which manifests as anger and depression; and also can cause fire welling up from below. To avoid exacerbation, the only treatment should be to clear heat and nourish stomach yin to treat nausea. PC 6 is useful for treatment-related nausea; PC 8, HT 6, LR 2, LU 10, ST 21, CV 12 and ST 44 should be needled with a lighter stimulation than that used to drain fire.

Many of the drugs used in treating breast cancer, such as SERMs, estrogen receptor antagonists, GnRH analogues and aromatase inhibitors, cause artificial menopause and hot flashes. SERMs are used in pre- and post-menopausal breast cancer and block estrogen in some tissues (e.g., breast) but mimic estrogen in others (e.g., uterus). They interact with any compound that is metabolized by CYP3A4. Fulvestrant blocks estrogen competitively and is used in the treatment of ER-positive breast cancer. Aromatase inhibitors block the formation of estrogen and are used only in postmenopausal women. GnRH analogs are used for palliative treatment in late-stage breast cancer in pre- and perimenopausal women who have few other hormonal chemotherapeutic options. It is important to remember that each of these drugs has adverse side effects.

A non-pharmaceutical method for treating breast cancer is surgical removal of the ovaries, which stops estrogen production; or removal of the pituitary to block all female hormones. Oophorectomy increases the survival rate of premenopausal women. The hormonal chemotherapeutics decrease the estrogen present in postmenopausal patients and negate estrogen action in the premenopausal. These surgical options cause permanent menopausal effects. There is no clearer method of permanently and completely depleting yin.

If we treat the hot flashes, then the insomnia, depression and grogginess will likely resolve. The most common points for treating hot flashes and night sweats include KI 7 and PC 6. Interestingly, both the kidney and pericardium meridians are often blocked by breast cancer and surgery. The kidney yin is the root of all yin (KI 3 reinforces this function), cools the rise of flushes and slows the racing thoughts of insomnia. The pericardium energy opens the chest after it has been burned with radiation, blocked by breast masses and tightened with post-surgical fibrosis. Liver yin deficiency and qi stagnation may also be addressed since the liver meridian goes through the breast and qi stagnation is manifest by masses and mental depression. LR 3 moves liver qi stagnation and can be needled through to LR 2 to enhance its heat-draining capabilities. SP 6 can be used to reinforce the yin tonifying actions of the kidney, liver and spleen meridians that pass through it, as well as settle the stomach and promote proper digestion. This simple five- or six-point formula is an excellent basis for treating vasomotor symptoms and should be individualized as needed. “Surround the dragon” needling around scars and application of castor oil packs over the liver and healed scars may promote detoxification, resolution of liver qi stagnation and softening of tissue.

HRT for Treatment of Vasomotor Symptoms

Selective serotonin reuptake inhibitors (SSRIs) have been shown to be effective in treating vasomotor symptoms (Cheema et al., 2007). By this same logic, orthomolecular supplementation of serotonin precursors such as 5-HTP and tryptophan, and herbal SSRIs like Hypericum might also be helpful. Caution should be used when combining tamoxifen with any SSRI because SSRIs inhibit the CYP2D6 and CYP3A4 genes that metabolize tamoxifen. The most inhibitory SSRI was paroxitine and the least venlafaxine.

Gabapentin is effective in treating menopausal vasomotor symptoms. Despite having quite a few side effects, including increased fatigue and weight loss in cancer patients, it is deemed to be safe because it does not change cytochrome p450 activity.

Clonidine is also effective at treating hot flashes in breast cancer patients and in those taking tamoxifen. Although it is classed as a hypotensive, it is used for vasomotor symptoms and as an epidural for severe cancer pain that is resistant to other analgesics. Side effects, particularly bradycardia and rebound hypertension, limit its use. Other side effects, like dry mouth, drowsiness, dizziness, insomnia and hypotension, may compound existing vasomotor symptoms.

Clonidine inhibits the central vasomotor center and stimulates alpha-2 receptors; sympathetic action is decreased in the heart, kidneys and peripheral vasculature, so heart rate, blood pressure and peripheral vascular resistance is lowered. Theoretically, a holistic correlate of this could be that if one decreases heart rate and blood pressure through means such as acupuncture and qi gong, the vasomotor symptoms could be decreased. On the other hand, data exist that when qi is stimulated through needling, the sympathetic system causes a vasomotor response, increasing heart rate and perspiration.

The mechanisms of action for clonidine and gapapentin are unknown, just as the precise mechanism of action for acupuncture is unknown. It could be that stimulating a kidney yin tonification point is akin to stimulating alpha-2 receptors, causing decreased yang-like sympathetic action in the kidneys and increasing yin-like lowering of heart rate and blood pressure.

Testosterone also alleviates some menopausal symptoms, but not hot flashes. Dehydroepiandrosterone alleviates vasomotor symptoms in some trials, but not others. Small studies have shown that the steroid tibolone ameliorates hot flashes on par with estrogen. Unfortunately, this compound is only available in Europe, quality is inconsistent, no large trials have been done, plus long-term risks are unknown. It is interesting that hormones with yang qualities ameliorate yin-deficient symptoms. One explanation is that in the continuum of yang and yin, excess yang has been converted to yin. Aromatase converts the yang-like testosterone to the yin-like estrogen in fat, the brain and other locations, supporting this TCM hypothesis.

Some studies of acupuncture and hot flashes use individualized TCM treatments, while others utilize a set prescription of points. Filshie et al. (2005) used LI 4, SP 6, LR 3, SJ 5 and two points on the manubrium called the anxiety, sickness and dyspnea (ASAD) points for six weeks followed by self-administration of tack needles or regular needles at SP 6 for up to six years. These were administered without controls to breast cancer patients who suffered from vasomotor symptoms. There was >50% relief in 79% of the subjects, which is greater than placebos in HRT trials.

In another study with electroacupuncture and superficial non-electric acupuncture in postmenopausal women, there was no statistical difference between groups. It could be interpreted that any acupuncture will reduce vasomotor symptoms by >50% and maintain relief for up to three months, and that this validates both the Chinese deep needling and Japanese superficial needling techniques. A large trial being conducted in Norway by Borud et al. is currently examining a truly TCM, “non-cookbook” approach to management of hot flashes in breast cancer patients.

Catherine Price, NMD, MSAc is a graduate of SCNM. She is interested in cancer care coordination, and currently has a general practice at Woodstock Wellness Center and Zen Space Healing Center, in Portland, where she focuses on pain issues, dermatology and cancer. She also consults for GlaxoSmithKline and works with consumers who take the weight loss drug orlistat. She researched breast cancer at the University of California and Laurence Berkeley Lab, where she studied the effect of electromagnetic fields on breast cancer treatments and how breast cancer drugs and natural compounds interact with human cells and estrogen receptor-a and -b.

Robert F Waters, PhD received his post-doctoral research and faculty appointment at Kansas State University, working on DNA hybridization techniques. He also worked with CYMMYT (Mexico) under the auspices of Nobel Prize Laureate Norman E. Borlaug. In the late ’80s, he developed a high-volume billing system for emergency room use, and he helped in the successful rewriting of the national EMT-Basic curriculum for DOT/NHTSA. Dr. Waters is currently teaching medical biochemistry and genetics, statistics and research courses at SCNM. In October 2007, Dr. Waters was promoted to chair of research for SCNM, and also became Adjunct Research Faculty at Arizona State University Biodesign Institute. He has research interests with focus in genomics, diabetes, cancer, artificial intelligence mathematics and biological defense systems. 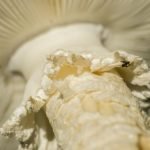 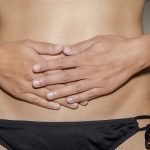