Taurine is often referred to as a non-essential amino acid (technically an amino sulfonic acid: 2-aminoethane sulphonic acid). It can be synthesized in humans from the amino acids, cysteine and methionine. As one of the most abundant free amino acids in many tissues, including skeletal and brain, it comprises over 50% of the total free amino acid pool of the heart.1 Taurine is a major component of healthy bodies, with a 70-kg human containing as much as 70 grams of taurine.2

However, certain diets, particularly vegetarian and vegan diets, lack adequate amounts of taurine.3,4 Under stress, the taurine synthesis capacity may be impaired, and hence disease states – including liver, kidney, or heart failure; diabetes; and cancer – can all cause a deficiency in taurine.5-7 As we age, our bodies typically fail to produce optimal amounts of taurine.8aurine is often referred to as a non-essential amino acid (technically an amino sulfonic acid: 2-aminoethane sulphonic acid). It can be synthesized in humans from the amino acids, cysteine and methionine. As one of the most abundant free amino acids in many tissues, including skeletal and brain, it comprises over 50% of the total free amino acid pool of the heart.1 Taurine is a major component of healthy bodies, with a 70-kg human containing as much as 70 grams of taurine.2

Why is Taurine Important?

Unlike most amino acids, taurine is not a structural component of any proteins. Its benefits are so broad and extensive that scientists have described taurine as “a wonder molecule.”9 Taurine is essential in early human development, and low levels of taurine are associated with cardiomyopathy, retinal degeneration, and growth retardation.5 Metabolically, taurine is involved in: bile acid conjugation, detoxification, membrane stabilization, osmoregulation, and modulation of calcium levels. Clinically, taurine has been used in a wide variety of conditions, including: cardiovascular diseases, hypercholesterolemia, epilepsy and other seizure disorders, macular degeneration, Alzheimer’s disease, hepatic disorders, alcoholism, and cystic fibrosis.5

Taurine is clearly implicated in many aspects of general health. However, health conditions may affect men and women differently. Many health issues affect only women, and some are more prevalent in women. Risk factors and naturopathic preventive strategies therefore differ for women.10 Taurine may provide us with insight into some of these differences (Table 1).

Plasma taurine concentrations in omnivorous humans vary from 38 to 116 µmol/L.17 The differences in levels of women vs men have not been well-documented in the scientific literature.

A leading clinic and lab in Ottawa, Ontario, Canada, measures and then balances amino acid levels of both healthy and chronically-ill clients as a part of a clinical approach to determine and improve an individual’s metabolic and immune system well-being.18 For over 2 decades and 10 000+ clients, this lab has observed low taurine levels in chronically-ill clients, particularly women. In a non-controlled, case-series analysis, the lab reviewed the plasma taurine levels of 800 clients. The subjects were randomly chosen adults (50/50, women to men), of all ages and varying in health conditions from well to chronically ill, that had visited the clinic from August of 2013 through August of 2014.

The case-series analysis results are coincident with the clinic’s clinical observations (Table 2). Overall, women had 11.4% less plasma taurine than men. One possible explanation for this observation is that these women generally had lower overall total free amino acids in their plasma. This proved true in looking at the total plasma concentration of 24 essential and non-essential amino acids. Women were shown to have 2.6% lower levels of total plasma amino acids as compared to men. This seems intuitive, since men are generally larger than females. Indeed, the plasma volume per kg of body weight is 2.5% lower in women than men.19

In proportionately accounting for this body size difference by looking at the percentage of taurine to total plasma amino acids, women still demonstrated 9% less taurine than men (percentage of taurine to total amino acids) (Figure 1). Therefore, the most likely explanation is that women in this clinical setting do indeed have proportionately lower taurine plasma levels than men. The scientific and clinical logic behind this difference is further explored in the following sections of this paper.

Women are more at risk for a taurine deficiency because of the presence of female hormones that restrict the production of taurine within the body. Normally, reasonable amounts of taurine are synthesized in the human body from cysteine. The female hormone, estradiol, depresses the formation of taurine in the liver. Women who are on estrogen replacement, birth control pills, or are suffering from excessive estrogen may need extra taurine.20-25

More women than men are vegans or vegetarians. Taurine is virtually absent in most plant foods.3 Vegans have been shown to have approximately 22% lower blood levels of taurine than non-vegetarians.26 The rate of taurine synthesis is inadequate to maintain normal plasma concentrations in the presence of chronically-low intakes of taurine precursors and/or cofactors.7,26

Taurine is an essential amino acid for neonates, since they have a limited capacity for its synthesis due to enzymatic immaturity. Also, due to the immature kidney in neonates, there is a relative inability to conserve taurine.27 Taurine is stored in the maternal tissues in early pregnancy for later transfer to the fetus in order to satisfy the needs of the fetus and the suckling infant for this amino acid. In human milk, taurine is the most abundant free amino acid (40 µmol/100 mL of milk). Low neonatal taurine status adversely affects later neurodevelopment of preterm infants.28 Reports indicate an increased incidence of pediatric health issues in children from vegan communities who consume little to no taurine.29,30

Alcohol, at moderate to heavy levels, reduces the transport of taurine from mother to baby via the placenta.31 This is one possible variable explaining some of the consequences of drinking during pregnancy.

Yeast infections are caused by overgrowth of the fungus Candida albicans. Candida produces beta-alanine as a byproduct of protein digestion. Animal studies have demonstrated that beta-alanine competes for reabsorption with taurine in the kidneys, thereby lowering taurine levels.34

Taurine is highly implicated in many aspects of cardiovascular health:

The authors of a double-blind, placebo-controlled, crossover study suggested, “taurine is an effective agent for the treatment of heart failure without any adverse effects”37

The accumulation of taurine in heart muscle under stress is thought to reflect the net uptake from plasma and not result from in situ biosynthesis. Again this indicates that taurine is an essential amino acid under various circumstances.38

Taurine is related to glucose tolerance, insulin sensitivity, and insulin secretion in subjects with a history of β-cell dysfunction, such as women with history of gestational diabetes. Plasma taurine is significantly lower in women who have experienced GDM.42 Taurine concentrations are generally lower among diabetics than among healthy individuals43; however, these levels can be raised back to normal with oral taurine supplementation.5

Data is accumulating regarding the effectiveness of taurine against insulin resistance, diabetes mellitus, and its complications, including retinopathy, nephropathy, neuropathy, atherosclerosis, and cardiomyopathy.44

The gallbladder stores bile that is produced in the liver, and aids in the digestion of fats in the small intestine. Gallbladder disease is especially common among women who are receiving estrogen replacement therapy, since estrogen stimulates the liver to remove more cholesterol from blood and divert it into the bile and, hence, the production of gallstones. Bile is made of bile acids and bile salts. Taurine is a major component of bile acids and helps to keep bile salts dissolved. When there is a deficiency of taurine, there is less bile acid, and thus the salts are able to form stones.45 Taurine has been shown in animals to have a protective effect against gallstones.46

Maternal blood volume expands by almost 50% during pregnancy, substantially increasing iron requirements. The World Health Organization estimates that the worldwide prevalence of anemia among pregnant women is 42%.49 Otherwise, menstrual bleeding is probably the leading cause of iron deficiency. Taurine has been shown to improve the response to iron therapy in women with iron-deficiency anemia,50 although the mechanism by which taurine improves iron utilization is not known.

In view of the many beneficial effects of taurine, women (and men) should be regularly tested for plasma taurine levels. Suboptimal levels warrant increased taurine intake. As we age, our bodies are less able to produce taurine, making supplementation vital. Plasma taurine responds rapidly to dietary supplementation in humans.51

Supplemental dosages between 500 mg and 2000 mg have shown efficacy. It is challenging to obtain this amount from traditional dietary sources. The upper limit for toxicity is placed at a much greater level, and high doses are well tolerated.53 It is recommended to first measure the actual plasma taurine availability of the individual to ensure optimal supplementation doses. Vitamin B6 is also important in the internal synthesis of taurine.

It is evident that taurine is indeed essential – especially for many women. Taurine is involved in a diverse array of physiological, metabolic, and immune-related human functions. It is especially critical for women because of reduced absorption and unique women health conditions that are intricately linked to taurine. 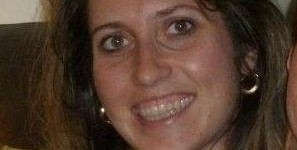 Carolyn Mercer, BSc, ND, graduated from Wilfrid Laurier University with a Bachelor of Science, after studying biology and psychology, with a minor in chemistry; at this time, she developed an interest in evidence-based research. Since graduating from the Canadian College of Naturopathic Medicine, she has integrated her past research-based education with a more holistic avenue of healing in a variety of clinical settings. Working as Director of Naturopathic Services for Immune System Management Clinic and Lab, Carolyn is focused on the development of individualized orthomolecular clinical approaches to support the treatment of chronic disease states, specifically, utilizing Aminomics® – the clinical science of how the human body metabolizes amino acids into protein and stimulates the immune system in the prevention and remission of disease. 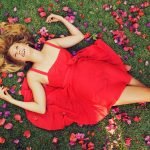 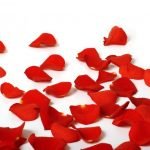