As Health Goes, So Goes Sleep

It is commonly thought that as people age their sleep worsens. But is this true? Does it have to be? The answer is both yes and no. Some research has found that healthy elderly people sleep as well as healthy younger people. Yet, we know that the circadian fluctuations in sleep physiology get dampened with aging. An example is how the melatonin rhythm is less pronounced as we age. For NDs who are working with geriatric patients, it is important to know what types of sleep changes are normal, which sleep complaints are associated with common illnesses, what sleep disorders are common in this age group, and how to improve sleep problems so as to minimize their negative impact on coexisting conditions.

The percentages of non–rapid eye movement (REM) sleep and REM sleep change over the life span. The elderly have lower sleep efficiency (time asleep per time in bed), less slow wave sleep and REM sleep, and more stage 1 and stage 2 sleep. They tend to sleep earlier in the evening and wake earlier in the morning and are less well able to tolerate jet lag and shift work. Notably, when looking at healthy people, most of these changes occur in middle adulthood (age range, 19-60 years), and only minor changes are seen after age 60 years.1

It is also important to note that in some ways the circadian system (which promotes sleep at night and alertness during the day) is less robust as we age. A perfect example is the nightly melatonin pulse, which is highest in children and declines with each decade of life. Other aspects of the circadian system may also break down.

When elderly people who have physical or psychiatric illness or who use medications and alcohol or other drugs are excluded from epidemiological studies of the prevalence of sleep disorders, the incidence is found to be much lower than previously thought. Using these exclusions, Vitiello et al2 found the prevalences of sleep disorders and complaints to be 3.14% and 1.35% in 2 large sample groups. This gives new insight into the question of whether sleep complaints are an essential feature of aging. In fact, sleep disorders in the elderly are more a product of other illnesses and medication use.

It is critically important to address the sleep complaints of the elderly because there is a bidirectional relationship: sleep disorders worsen many types of diseases, while at the same time those diseases increase the risk of sleep disorders. Some examples include depression, hypertension, and cardiovascular and cerebrovascular disease. Symptoms of disease can also cause sleep disturbance. Pain is a symptom that disturbs sleep and has a bidirectional relationship because improving sleep will decrease pain. Other examples include nocturia, which is reported by 53% of people aged 55 to 84 years as disturbing their sleep “every night or almost every night.”3

Many of the neurological illnesses that are more prevalent in the elderly are associated with sleep disturbances. In patients with Alzheimer’s disease, circadian rhythm sleep disorders are common.

Common Sleep Disorders in the Elderly

The prevalence of sleep disorders increases with aging. Among the geriatric population, the following sleep disorders are observed: 45% suffer from periodic leg movements in sleep4; 29% have insomnia5; 24% experience obstructive sleep apnea6; and 12% suffer from restless legs syndrome.7

Estrogen has a protective effect on the airway, which is lost during menopause. Therefore, the incidence of obstructive sleep apnea among women increases after menopause.8

There is an interesting rare sleep disorder that is primarily seen in the elderly. Rapid eye movement behavior disorder is a type of parasomnia and is more common in men older than 50 years. In this disorder, the skeletal muscles are not paralyzed during REM sleep, as they usually are (a terrific safety mechanism). These men have a tendency to have disturbing or violent dreams, which they can act out, endangering themselves and their bed partner.9 Circadian rhythm sleep disorder advanced type is more common among the elderly, in whom the circadian rhythm can shift earlier. These individuals will fall asleep earlier than they would like and wake early too. Other types of circadian rhythm sleep disorders increase in people with neurodegenerative disorders.

When working with elderly patients, you should screen for sleep complaints and then move on to assessment and treatment as necessary. Remember that, in general, patients often will not share their sleep complaints with their physician unless asked directly. An approach could be the following:

Fourth, review their medication list for substances that are known to disturb sleep.

Fifth, review any comorbid illness symptoms that are disrupting their sleep.

Improving Sleep in the Elderly

As circadian rhythms become less robust, alertness can break through nocturnal sleep, and daytime sleep can become more prevalent. Several studies have looked at behavioral strategies to consolidate sleep. One that has been well proven is cognitive behavioral therapy for insomnia (CBT-I). This therapy has been shown to work better than pharmaceutical agents for treatment of chronic insomnia in the elderly. Also, CBT-I will decrease the pain of osteoarthritis in patients with comorbid insomnia and arthritis.10 (A full discussion of CBT-I can be found in the April 2009 issue of NDNR.) A key to CBT-I that can be particularly helpful in the elderly is they should not spend increased time in bed. The bed should be reserved just for sleep, and if the patient wants to rest or recline at other times, he or she should find other places to do so.

For elderly patients residing in a group assisted-living or long-term care facility, sleep can be particularly difficult because there are many environmental sleep disturbances. In this situation, work with your patient and his or her caregivers to design a regular sleep-wake schedule, light levels that mimic the environmental rhythm, and engaging daytime activities. Remember that melatonin is extremely susceptible to light, and the bedroom should be as dark as possible to allow the nocturnal surge of melatonin. Of course, this needs to be balanced with the need for safety and prevention of falls. Simple measures like an eye cover or earplugs may help (some patients report that pediatric earplugs are more comfortable). Bright-light therapy can be used in the morning to entrain the circadian rhythm, promote daytime alertness, and consolidate sleep.

Exercise has been shown to improve sleep in the elderly. In a study11 of older adults (≥55 years) who initially had mild to moderate sleep complaints, performing 12 months of moderate-intensity endurance exercises caused both subjective and objective improvement in sleep. Results of the overnight sleep investigation showed less stage 1 sleep, more stage 2 sleep, and fewer awakenings in the beginning of the night. The participants reported that it took less time to fall asleep and that they felt more rested during the day.

You may want to use botanical hypnotic agents or nutritional neurotransmitter support as appropriate. Consider low-dose melatonin (0.3-1.0 mg) at bedtime for use as a hypnotic. For patients with circadian rhythm sleep disorder advanced type, low-dose melatonin may be useful if they wake early in the morning (eg, 4-5 am), and bright light in the evening may shift their body clock and sleep times to later. Be aware that zolpidem tartrate has been found to significantly increase the risk of falls when elderly patients awaken 2 hours after taking the medication.12

When caring for the elderly, consideration of their sleep health is part of holistic care. Understand the ways that other health conditions can worsen sleep and how poor sleep can impact comorbid disease. A comprehensive plan will include treatments to minimize the sleep disruption caused by other disorders and will use strategies to improve sleep simultaneously. Simple naturopathic measures like exercise, light therapy, sleep hygiene, and botanical or nutritional supplements are effective. As health improves, so will sleep, and vice versa. 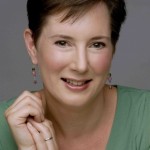 Catherine Darley, ND is the founding director of The Institute of Naturopathic Sleep Medicine in Seattle, Washington. She specializes in treating sleep disorders in people of all ages using naturopathic medicine. In addition, Dr Darley educates healthcare professionals, parents, and corporate groups about the importance of sleep health, its role in overall well-being, and how to sleep well naturally. She is a graduate of Bastyr University, Kenmore, Washington, and is a regular contributor to NDNR. 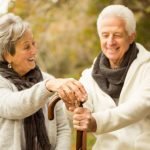 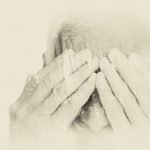