I’ve seen three cases of ”Kfar Saba Syndrome” in as many weeks. Don’t go rushing off to look up this condition in your Merck Manual; it’s not listed. It’s my own name for the triad hypothyroidism, iron deficiency and B12 deficiency in the same patient. It happens more often than you might guess.

Kfar Saba is a city northeast of Tel Aviv on the way to Nabulus. In Hebrew it means something like grandfather’s village.” My name for it has little to do with this condition. Back in 2006, the American Journal of Medical Science published a paper written by several researchers from Kfar Saba. Their paper got me thinking about how these seemingly separate conditions were often linked. The name Kfar Saba stuck in my mind, and I’ve associated these new tidbits of knowledge with it.

The Kfar Saba paper was the first I had read of the association between vitamin B12 deficiency and autoimmune thyroid disease (AITD). Of the 115 people in the study, all of whom had AITD, 32 of them had low vitamin B12 levels. That’s 28%; just less than one in three. Of those patients who were B12 deficient, 31% had pernicious anemia (Ness-Abramof, 2006). This suggests a solid relationship between vitamin B12 absorption and AITD.

Absorbing vitamin B12 from food is a challenge; many things can go wrong in the process. As vitamin B12 is pulled out of food in the stomach, proteins secreted in the digestive tract, called salivary R-binders, attach to it. Acid from the stomach and pancreatic proteolytic enzymes are needed to release the B12 from these ‘binders.’ Without them, the B12 will not be absorbed (Marcoullis, 1980).

Once free of the R-binders, B12 is latched onto by B12 intrinsic factor. If this doesn’t happen, B12 will not be absorbed through the intestine into the blood. The vitamin B12 and intrinsic factor complex can only be absorbed through the terminal ileum. B12 deficiency can lead to megaloblastic anemia. On a complete blood count, the Mean Corpuscular Volume (MCV) increases and the RBC count decreases. The most common cause of B12 deficiency is atrophic gastritis, a condition that damages the parietal cells, preventing them from making intrinsic factor, leading to pernicious anemia.

The Tie Between AITD, B12 and Iron

Of course, other conditions besides autoimmune attack can cause atrophic gastritis. The first that comes to mind is Helicobacter pylori. In fact, these infections may be a more common cause of atrophic gastritis than we initially thought.

Complicating matters more is that several diseases appear to be closely related. AITD is not a lone entity. One in four people who make antibodies that attack their thyroid also make antibodies that attack the parietal glands, and this can cause B12 and iron deficiency. It probably also lowers calcium absorption. And then there is celiac disease. People with celiac disease have a higher-than normal incidence of AITD, about twice the expected. It works both ways; people with thyroid disease are also more likely to have celiac disease (Hadithi, 2007). Celiac disease also increases risk of B12 deficiency. In one study, 12% of celiac patients were B12 deficient (Dickey, 2002).

There are two possible explanations for this increase. First, celiac disease damages the terminal ileum where B12 is absorbed. Second, celiac disease patients may make antibodies against parietal cells and so cause atrophic gastritis. Although about 10% of the B12-deficient celiac patients have atrophic damage in the stomach and perhaps it is celiac-triggered atrophic gastritis, the current opinion is this relationship is not autoimmune triggered (Dickey, 2002).

An Italian study done in 2005 did not observe a relationship between AITD and H. Pylori infection (Tomasi, 2005).
The primary complaint of people with iron deficiency, B12 deficiency anemia or low thyroid function is the same. All three conditions cause fatigue. Vitamin B12 deficiency may also present with neurologic symptoms, typically peripheral glove and stocking numbness or neuropathy. H. pylori infection presents with upper GI symptoms. Celiac disease is traditionally associated with digestive complaints, most commonly chronic diarrhea. This has shifted, however, and it is now believed that digestive complaints are not that common in celiac, occurring in less than 20% of patients. Osteopenia and osteoporosis are common in celiac patients. The explanation typically given is that this results from chronic malabsorption of calcium. It may also be a result of low vitamin B12 levels that lead to increased homocysteine levels, which are linked to osteoporosis.

Atrophic gastritis may present with the kind of complaints we associate with hypochlorhydria. In fact, hypothyroid patients often tell us they benefit from taking betaine hydrochloride. This is a strong hint that atrophic gastritis is present.

The theory that these conditions are linked by the common denominator of autoimmunity ties everything together nicely, but it may not be true. An article published in May 2008 is making me rethink this business all over.

Jabbar at the Aga Khan University in Karachi, Pakistan evaluated 116 hypothyroid patients at his clinic for vitamin B12 deficiency using the standard blood serum test. Forty-six (39.6%) of the patients had low vitamin B12 levels.

Something else stands out in this study. Without testing their blood for B12 levels, it was hard to distinguish which patients were deficient. The classic signs and symptoms we expect to see with B12 deficiency were little help in identifying affected individuals.

MCV, long considered a prime indicator of B12 deficiency, did not differ between groups. Nor were the B12 deficient patients more likely to be anemic. Of the 116 people in the study, 21 complained of symptoms that sounded like B12-deficiency, but their lab test came back normal. They were also given vitamin B12 injections, and 40% of them responded positively. The authors explain this improvement as a placebo response. Our experience suggests that a percentage of people appreciate having higher serum levels of B12 and feel better with treatment even if they test in the normal range.

As tidy a theory as this autoimmunity idea is, it may be wrong or at least not true in all cases.

These recently reported associations add complexity to patients who present with hypothyroid disease, anemia or even just fatigue. Our tendency is to diagnose one of these conditions and figure we have done our job but, in fact, all three conditions coexist in patients far more often than we suspect.

We need vigilance in all cases of hypothyroidism, not just watching for symptoms of anemia but testing for coexistent vitamin B12 and iron deficiency. Atrophic gastritis, of either autoimmune or infectious origin, can cause both iron and B12 deficiency, and there is no reason that both deficiencies cannot occur at the same time in the same person. Somewhere between one-third to two-fifths of our low-thyroid patients are probably B12 deficient. We need to test B12 levels in this patient population, and probably iron as well.

Patients on thyroid supplementation frequently still complain of fatigue. It is easy to assume that they are taking insufficient thyroid hormone and send them home with a larger dose of thyroid.

In recent years it has been popular to explain this continuing fatigue as due to inadequate conversion of T4 to T3. So we often experiment, switching the complainers to various combinations of T4 and T3. Yet a 2004 paper by Siegmund et al. comparing duo thyroid hormone therapies against traditional T4 monotherapy tells us that these efforts may be wasting our patients’ time: “Replacement therapy of hypothyroidism with T4 plus T3 does not improve mood and cognitive performance compared to the standard T4 monotherapy. There is even a higher risk of signs of subclinical hyperthyroidism associated with impaired well-being of the patients, which is clearly caused by significant fluctuations in the steady-state fT3 serum concentrations.”

Or, we explain to our patients that their ongoing fatigue is due to their adrenal glands and start long, slow courses of treatment. The odds are high that these non-responders have B12 and/or iron deficiency.

These Kfar Saba people have it bad. They are really tired. You will fight the urge to yawn the moment they walk into the room. Don’t let their fatigue lull you into forgetting this. Try to recall that weird name, Kfar Saba, which I use for the triad of conditions. Remember that in the really tired people, hypothyroidism, iron deficiency and B12 deficiency can all be present. Kfar Saba, the Village of the Grandfathers, think of tired grandfathers, very, very tired grandfathers. Maybe the name will stick.

Dickey W: Low serum vitamin B12 is common in celiac disease and is not due to autoimmune gastritis, Eur J
Gastroenterol Hepatol Apr;14(4):425-7, 2002.

Tomasi PA et al: Is there anything to the reported association between Helicobacter pylori infection and autoimmune thyroiditis?, Dig Dis Sci Feb;50(2):385-8, 2005. 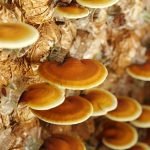