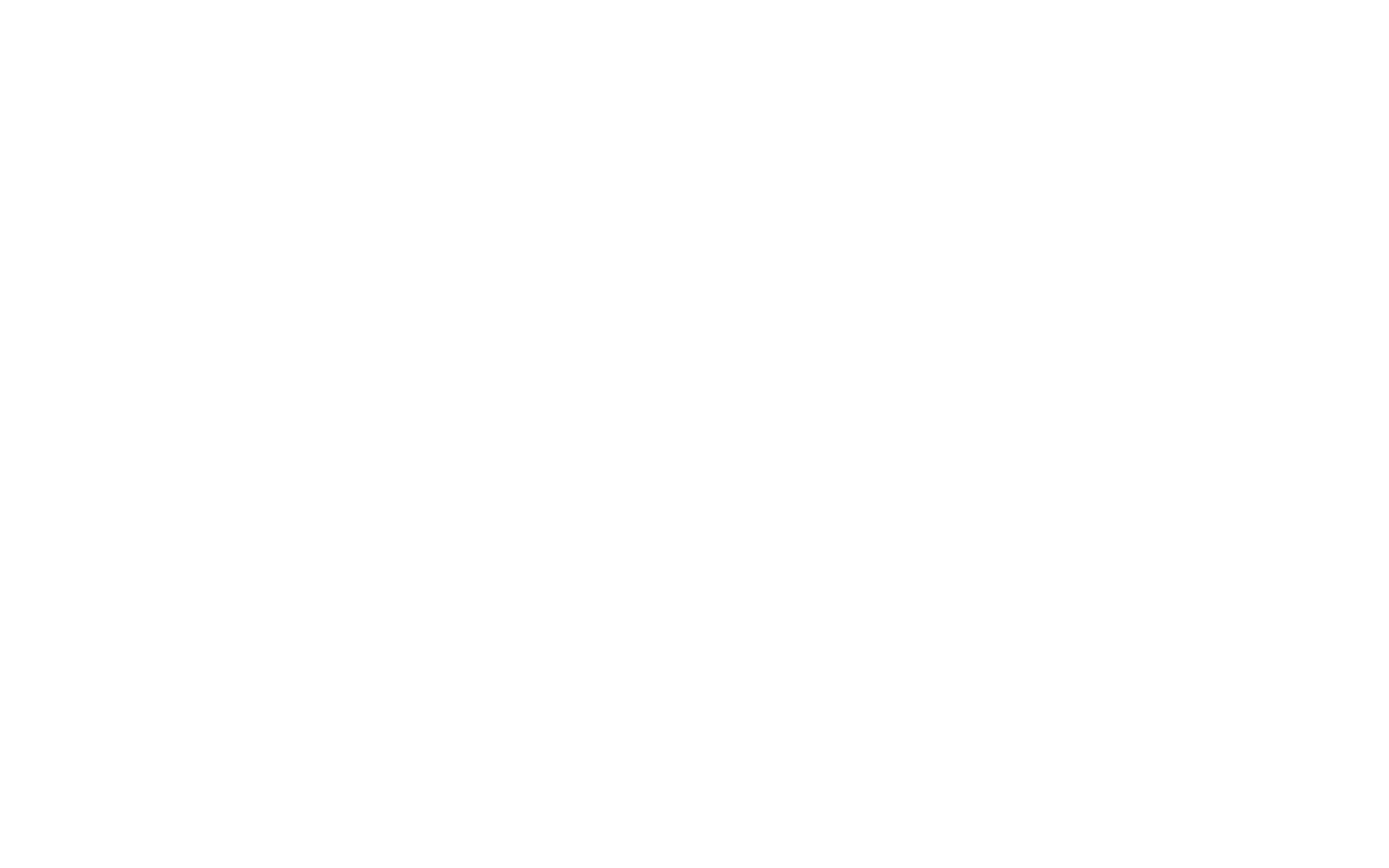 According to the National Institutes of Health (NIH), 23.5 million Americans suffer from autoimmune disease. Epidemiological data provide evidence that this number is also steadily rising throughout Westernized societies.1 More than 80 individual autoimmune diseases have been identified, with most of them disproportionately affecting women.2 Both genetic and environmental factors play a role in the etiology of disease, as demonstrated, for example, by the observation that autoimmune disease in identical twins is 25-40%.2

Research suggests bacteria – both pathogenic and beneficial – play a key role in the environmental influence of autoimmunity. Through the lens of the hygiene hypothesis, and with a focus on the gut microbiota, the role of bacteria as both trigger and therapy for autoimmune disease emerges.

Accompanying the increased incidence of autoimmune and allergic disease over the past few decades is a decreased incidence of infectious disease in the same Westernized societies.3 This correlation gave rise to the hygiene hypothesis, ie, that a lack of exposure to microorganisms suppresses optimal development of the immune system. Public health measures plus potential overuse of antibiotics and other antibacterial compounds in these populations are responsible for decreased early childhood exposure to infectious agents, parasites, and symbiotic/beneficial microorganisms. This decreased exposure is thought to be responsible in part for impaired immune tolerance and concomitant increases in susceptibility to allergic and autoimmune disease.3

Epidemiological data, particularly migration studies, provide insight supporting a link between the hygiene hypothesis and development of autoimmunity. These studies demonstrate that subjects migrating from a country with low rates of autoimmune incidence to a country with a high incidence tend to acquire autoimmune disorders at the same rate of the host country in the first generation.3 This is illustrated by the increasing frequency of type 1 diabetes (T1D) in families immigrating from Pakistan to the United Kingdom, and by the increasing risk of multiple sclerosis (MS) in Asian immigrants moving to the United States.4,5

As research connecting infectious agents with autoimmunity has grown, investigation of the gut microbiota and understanding of its influence over health and systemic immune function has also increased exponentially. These once discrete areas of study have converged in recent years to create a wide research field, which is beginning to demonstrate that alterations in intestinal microbiota composition seen in autoimmune disease may in fact be determinative of etiology and prognosis.6 Two illustrative examples of this can be found in T1D and rheumatoid arthritis (RA).

The gut microbiota is involved at 2 different steps in the development of T1D. Initially, the intestinal tract is colonized by a microbial community that lacks the necessary diversity and stimulation to adequately educate the immune system. As a consequence, the infant becomes susceptible to immune-mediated diseases such as T1D. Later, a young child may seroconvert to autoantibodies associated with T1D. This is associated with decreased diversity of the gut microbiota and an increased concentration of Bacteriodes species. These changes in turn promote the development of overt T1D.7

In the case of RA, the disease demonstrates a chronic and persistent immune response, often with the presence of rheumatoid factor and anti-citrullinated protein autoantibodies. These antibodies are commonly present in the blood, long before any sign of joint inflammation, suggesting that the trigger of autoimmunity in RA may occur at sites distant from the joints, eg, the gastrointestinal tract or lungs.8 Meanwhile, DNA of gut bacteria has been found in the synovium of rheumatic joints and soft tissues, as well as dysbiosis documented in fecal samples of RA patients compared to controls.9 One possible explanation for the presence of gut bacteria in the joints of RA patients is compromised intestinal epithelial barrier function (“leaky gut”), which facilitates the migration of gut bacteria or their products (such as endotoxic lipopolysaccharides from the outer cell membranes of gram-negative bacteria) to the peripheral organs. These bacterial products can trigger local and systemic immune activation.

Dysbiosis is now an established factor in the development of several autoimmune diseases, with evidence that gut microbiota can trigger systemic diseases by inducing the migration of immune cells from the gut.10 Conversely, a healthy gut microbiota is protective, with the immune system maintaining a balance between eliminating invading pathogens and tolerating beneficial commensals. In this way, a healthy gut microbiome regulates and supports immune homeostasis.

In a randomized, double-blind, placebo-controlled trial, 60 patients with RA, aged 25-70, were assigned to receive either a daily dose of probiotic capsules – containing Lactobacillus acidophilus (2 x 109 CFU/g), L casei (2 x 109 CFU/g), and Bifidobacterium bifidum (2 x 109 CFU/g) – or placebo for 8 weeks.12 At the end of the intervention period, taking probiotics resulted in an improved Disease Activity Score of 28 joints (DAS-28) compared to placebo. In addition, fasting blood samples, taken at the beginning and the end of the study, demonstrated a significant decrease in serum insulin, homeostasis model assessment-B cell function (HOMA-B), and serum high-sensitivity C-reactive protein (CRP) concentrations in the treatment group.12

In another randomized, double-blind, placebo-controlled trial, 46 patients with RA received a capsule containing a minimum of 108 CFU Lactobacillus casei or placebo daily for 8 weeks.13 Questionnaires, anthropometric measurements, and fasting blood samples were collected at baseline and at the end of the trial period. Disease activity scores significantly decreased as a result of the intervention, and a significant difference between the 2 groups was noted. Tumor necrosis factor-a (TNF-a), interleukin (IL)-6, and IL-12 significantly decreased in the probiotic treatment group. The researchers concluded that L casei supplementation improved disease activity and inflammatory status of RA patients and that these data support use of probiotics as adjunctive therapy for RA autoimmune disease.13

Finally, in another randomized, double-blind, placebo-controlled clinical trial, researchers assessed the impact of probiotics on levels of plasma cytokines and other inflammatory biomarkers in patients with ulcerative colitis (UC), chronic fatigue syndrome (CFS), and psoriasis. For 6 to 8 weeks, 22 UC patients, 48 CFS patients, and 26 psoriasis patients, and 22 healthy controls were orally administered Bifidobacteria infantis 35624 (1 x 109 CFU/g) or placebo daily. At baseline, all patients had significantly increased plasma levels of CRP, TNF-a and IL-6 compared with healthy volunteers. B infantis administration resulted in reduced plasma CRP levels in all 3 inflammatory disorders compared with placebo. Plasma TNF-a was reduced in subjects with CFS and psoriasis, while IL-6 was reduced in subjects with UC and CFS. These results demonstrate that B infantis can reduce systemic proinflammatory biomarkers in autoimmune conditions and that the immunomodulatory effects of probiotics in humans are not limited to the mucosal immune system but extend systemically.14

As the major source of microbes in the body, the gut microbiome has great influence over immune function and human health. Research demonstrates that bacteria can play critical roles in either the pathogenesis or prevention of autoimmune disease. Eubiosis and dysbiosis appear to be determinative factors in the assessment and management of autoimmune disease. Although further clinical research is warranted to establish which specific probiotic strains are most effective, and at what doses, evidence of their efficacy as an adjunctive therapy is already compelling. 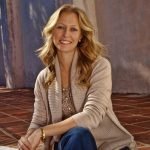 Keegan Sheridan, ND, is a naturopathic physician and graduate of Bastyr University. Since 2006, she has worked in the natural/organic food, beverage, and dietary supplement industries as a technical marketing expert and natural health strategist. Keegan is a scientific consultant for SFI USA, which manufactures the Klaire Labs brand of dietary supplements. She lives in San Diego, CA. For more information, visit: www.keegansheridan.com. 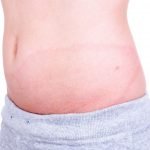