Are you noticing the growing epidemic of autoimmunity? As the number of Americans suffering from autoimmunity has reached 25-50 million1 and that figure continues to climb, we must consider new approaches for managing these patients. The evolution of laboratory science has provided new tools to help us investigate causes of immune dysregulation that can eventually manifest in autoimmune disease. It is generally accepted that autoimmunity is a result of an abnormal interplay between genetic predisposition and immune reactivity to non-self antigens (ie, environmental triggers). Since the gastrointestinal (GI) tract is such a key focus in naturopathic medicine, let’s focus on that organ system in our discussion of how environmental triggers induce autoimmunity and how we can test for them.

Are you checking your GI patients for autoimmunity? I’m not just talking about the biggies like celiac disease, Crohn’s, and ulcerative colitis (although make sure that you are ruling these out); I’m also talking about polyarteritis nodosa (PAN), autoimmune hepatitis, diabetes, eosinophilic esophagitis (EoE), and maybe even small intestinal bacterial overgrowth (SIBO) and irritable bowel syndrome (IBS). Having said that, it’s less about naming the autoimmune condition and more about understanding the process. Discovering that a patient’s condition is related to autoimmunity creates a valuable therapeutic branch point – one that helps open up other clinical opportunities.

When dysregulation of the immune system causes autoantibodies to be developed, the goal should be identification of the non-self antigen causing the dysregulation. If we can identify and remove the auto-antigen, the autoantibodies will decrease. I believe it’s inappropriate to claim that autoimmunity can be cured; however, if we can identify and remove the environmental trigger that is causing the immune system to hyper-react, and bring about a decrease or normalization of the autoimmune markers, signs, and symptoms, this would be considered a successful clinical outcome. So, what kind of environmental triggers cause the immune system to dysregulate, potentially leading to autoimmunity?

If you have been in clinical practice for any amount of time, you’ve undoubtedly noticed that autoimmunity can run in families. Typically, family members aren’t necessarily suffering from the same condition. For example, your patient may have Hashimoto’s thyroiditis, and her mom has rheumatoid arthritis, her sister has multiple sclerosis, and her son has celiac disease. There is clearly a genetic predisposition; however, the latest estimate suggests that only about one-third of an individual’s risk of developing autoimmunity comes from genetics2 – which leaves almost 70% of other stuff. So, what’s the other stuff? There are 3 main trigger categories that we need to consider when evaluating for non-self antigens that are causing immune system dysregulation. These trigger categories include dietary proteins, chemicals, and pathogens. There is actually a very important fourth trigger that the science has added more recently, which we’ll discuss toward the end of this discussion.

Before we get to that, I’ll mention as a quick reminder something about why the immune system dysregulates by misinterpreting a non-self antigen (such as a bacterial toxin or a dietary protein like gluten) as a self-antigen (such as your gut cells) and then attacking it. Since nearly the beginning of our understanding of autoimmunity, we’ve known that infections can trigger this process. There are 3 models that explain this.

The second model suggests that the immune system’s reaction to a non-self antigen (such as a pathogen) becomes so overzealous while working to destroy the pathogen, that it inadvertently destroys some of the surrounding self-tissue as well. This is referred to as the “bystander effect.”

The third model basically suggests that our overly antibiotic, antimicrobial, and anti-bacterial society eradicates the microbes that normally upregulate the Th2 immune response in childhood. This results in a more aggressive Th1 immune response, which is associated with predisposition to autoimmunity and chronic inflammation. This model is referred to as the “hygiene hypothesis.”

With this information serving as a backdrop, we can better understand how environmental triggers cause the immune system to initiate an attack on self-tissue. Whether it’s through molecular mimicry, the bystander effect, or the hygiene hypothesis, once an immune system reaction is blended with genetic predisposition, autoimmunity can result. Lab testing is the best way to take the guesswork out and identify which triggers are stimulating the immune system.

The most common environmental trigger that constantly drags across the GI tract is dietary proteins. We know that certain foods, eg, wheat and dairy, are more immunogenic than others, especially when it comes to autoimmunity. The immunogenicity of different food constituents varies between individuals. Therefore, to decrease the chance of potential false-negative results, it’s best to evaluate these foods comprehensively. For example, instead of just evaluating for wheat antibodies, it’s recommended to look at multiple components of wheat, eg, alpha-gliadin, gamma-gliadin, omega-gliadin, glutenin, wheat germ agglutinin, and even non-gluten wheat proteins.

We also know that when a food is cooked or modified in some way, the immune-triggering antigens in that food can change. For example, an individual might be reactive to cooked salmon but not uncooked salmon. Not all laboratories test for both cooked and raw foods. How often do your patients consume uncooked grains, beans, and meat? Not often, so we should not only be testing for immune reactions to raw foods.

Multiple chemicals have been implicated in GI dysfunction, including styrene, molds (eg, aflatoxin), formaldehyde, tetrachloroethylene, and heavy metals. Chemicals can covalently bind to human tissue. When this happens, the immune system will recognize it a problem and develop antibodies against the now-combined chemical and host tissue. This is an example of the “bystander effect” that can lead to autoimmunity. Many labs evaluate levels of chemicals in the body, which can be relevant in certain clinical situations; however, when it comes to autoimmunity, our main interest should be antibody reactions to chemicals or metals. The immune system’s reaction to such chemicals with IgG, IgA, or IgM antibodies indicates loss of immune tolerance, and in susceptible individuals can result in autoimmunity. Make sure that you test through a laboratory that evaluates for immune reactions to chemicals/metals, not just their presence.

Pathogens are ubiquitous in the GI tract, so should be considered in every case of GI dysfunction, especially GI autoimmunity. Viruses, bacteria, parasites, and molds can all trigger autoimmunity. Many labs evaluate for these pathogens, but the clinical challenge is determining where to start. Working with a lab that features the most common pathogens known to be related to autoimmunity is recommended; examples include Klebsiella, Epstein-Barr virus, and Mycoplasma, to name a few. Some labs also make it possible to evaluate these different pathogens in 1 panel from a single blood draw specimen, which can save your patients time, money, and the necessity of multiple needle sticks.

A more recently identified autoimmunity trigger is leaky gut. A breakdown of the tight junctions along the gut barrier causes  increased intestinal permeability, which serves as a gateway through which a wide variety of immunogenic antigens can enter the circulation superhighway that otherwise would not, including undigested dietary proteins, pathogens, and other toxins. Multiple labs now test for these tight-junction gut-barrier proteins.

I’ll leave it to Alessio Fasano, one of the top researchers in this area, to put it most succinctly:

Genetic predisposition, miscommunication between innate and adaptive immunity, exposure to environmental triggers, and loss of the intestinal barrier function secondary to dysfunction of intercellular tight junctions, seem to all be key ingredients involved in the pathogenesis of autoimmune diseases.18

The pharmaceutical model of symptom suppression in autoimmune diseases is outdated and should be replaced by, or at least added to, an approach that aims to identify the environmental triggers for different individuals. This will allow physicians and patients to better manage these conditions, thereby minimizing the abnormal interplay between genetic predisposition and environmental triggers. 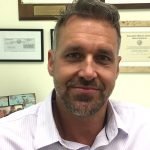 Chad Larson, NMD, DC, CCN, CSCS, holds a Doctor of Naturopathic Medicine degree from Southwest College of Naturopathic Medicine, and a Doctor of Chiropractic degree from Southern California University of Health Sciences. Dr Larson is an advisor and consultant on the Clinical Consulting Team for Cyrex Laboratories. He is also a certified clinical nutritionist and a certified strength and conditioning specialist. Dr Larson particularly pursues advanced developments in the fields of endocrinology, orthopedics, sports medicine, and environmentally-induced chronic disease. 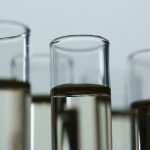 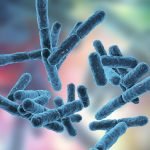