Before we get into the biochemistry, let’s all take a deep breath and understand that we can make a difference in these patients’ lives. It can be very daunting to work with patients having Parkinson disease, and we need to help oppose the mindset that this must be progressive and that for many it is the equivalent of a slow death sentence. Something as simple as prescribing a patient tango dancing can make a 30% difference in multiple function test results over the course of a year.2 How much more can we do with a complete program?

The standard treatment for Parkinson disease is the drug levodopa. For years, the addition of levodopa has been discussed as both helping with symptoms and possibly worsening the progression of the disease. Most recently, the addition of levodopa has been clearly associated with a worsening of muscle dystonias, and adjuvant therapies, including dopamine agonists, catechol-O-methyl-transferase inhibitors, or monoamine oxidase type B inhibitors, are associated with a variety of adverse effects.3

As a result, we are seeing more patients with brain implantations that give them increased electrical stimulation. They are readily identifiable, as many have a cyborg-like appearance. Despite the extraordinary appearance, the long-term results of many brain stimulation surgical procedures are unknown and may have adverse effects, including death. An excellent study4 of the clinical evidence points out that surgical outcome studies for several common surgical procedures simply have not been performed.

Because patients presenting with Parkinson disease will either be taking levodopa or will be considering levodopa, it makes the most sense to oppose its negative effects within a naturopathic program. While levodopa has not been shown to be neurotoxic, it leads to an increase in homocysteine.5 The brain-specific oxidative damage from homocysteine may be opposed by correct supplementation. Short-term trials of supplementation do not show improvement, but long-term trials show significant preservation of cognitive function in patients with high homocysteine level similar to that experienced by patients with Parkinson disease.6

The removal of red meat from the diet of a patient with Parkinson disease has a sound basis. Having the highest intake of iron increases the risk of Parkinson disease almost as much as having a first-degree relative with the disease. The effect seems to be compounded by high intakes of manganese.9

Various researchers have speculated about a toxic agent from the gastrointestinal tract contributing to Parkinson disease. One possible contributor is Helicobacter pylori, whose eradication slows the progression of Parkinson disease.12 However, there are likely multiple offenders because the addition of probiotics often leads to a resolution of constipation.13

What might trigger a constipated, meat-eating, highly anxious individual to develop Parkinson disease? Researchers have found influenza A virus within the substantia nigra in brain sections from patients with Parkinson disease and speculate that it may have acted as a trigger for autoimmune response.14 If we look at the model of environmental assault, infectious triggers, chronic stress, and oxidative damage, it becomes evident that a naturopathic model can affect the mean 9 years from diagnosis to death.

Ginkgo biloba investigations have shown in multiple rat models that high-dose Gingko prevents induced progression of Parkinson disease, but we have no human studies to date.15 The flavonoid baicalein (from Scutellaria baicalensis) blocks in vitro progression in rats. Both creatine and coenzyme Q10 have successfully slowed progression in mouse models. While success in animals has been known for almost 10 years, we have yet to see even small human trials in the literature. It is almost as if the experts in Parkinson disease would rather wire up their patients than try a few supplements.

Patients experiencing adverse effects from levodopa might consider supplementing with Mucuna pruriens. An Ayurvedic combination of powders was found to be effective in treating Parkinson disease, and one of the ingredients, Mucuna, contained levodopa.16 The powdered form may provide the relief of levodopa, with fewer adverse effects; it also shows better absorption, more rapid relief, and longer elevated blood levels.17 Its one disadvantage is that is unpatentable, so its clinical success has not led to widespread use.

Rather than relying solely on Mucuna, we should focus on the different aspects of the Ayurvedic treatment. The “concoction in cow’s milk of powdered Mucuna pruriens and Hyoscyamus reticulatus seeds and Withania somnifera and Sida cordifolia roots”18(p124) that the Ayurvedic practitioners came up with before researchers isolated out the “active compound” may well have additional properties beyond dopamine replacement. The Withania component independently slows Parkinson disease progression in mouse models.

We know enough to realize that wisdom in medicine cannot be reduced to a single component. Using the additive, rather than the reductionist, model of Parkinson disease can lead us to better outcomes. 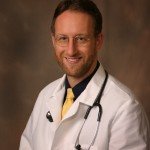 Christopher Maloney, ND focuses on working with patients for whom nothing has worked. He blogs as Alternative Health Answers and tweets as Naturopathealth. His Web site, maloneymedical.com, has received 100 000 hits in the past year. Please take his ideas and his research and use them to help others. 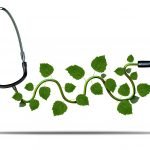 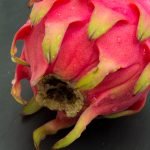