Gallbladders are the appendixes of the 21st century. Gallbladder removal surgery (cholecystectomy) is the only surgical procedure so common that my patients consistently forget to list it in their medical records. The problem is so bad that I have been forced to ask patients specifically “You do still have a gallbladder, don’t you?” before I prescribe something for liver function. While the appendix has redeemed itself (as a reservoir for good bacteria and immune response), it appears that the gallbladder is conventionally viewed as a vestigial organ.

Rushing to remove the gall bladder without addressing underlying issues

But is there not a good reason? Gallbladders collect gallstones, which can block the common bile duct and lead to pancreatic and hepatic inflammation. The same argument continues to be true of appendixes. They can legitimately become inflamed and need to be taken out. But what I see today is a rush to gallbladder removal rather than any attempt to deal with underlying issues. The same emergency department surgeons who will observe a patient with a appendix complaint overnight will have whisked out his or her gallbladder within the hour. It is a low-risk procedure that can be easily performed laparoscopically. If there are stones, it needs to come out.

80% of patients will never develop symptoms from their gallstones

It was not always so easy to remove the gallbladder. According to a National Institutes of Health (NIH) consensus statement,1 laparoscopic gallbladder removal was introduced to the United States in 1988. Before then, open gallbladder surgery required a 5-day hospital stay and a recovery period of 3 to 6 weeks. The ease of recovery from laparoscopic procedures led to a 28% to 60% increase by 1996 in surgical procedures.2 Roughly 1 million patients undergo gallbladder removal every year, despite the NIH consensus view that only 1% of gallstones become symptomatic per year and that 80% of patients will never develop symptoms from their gallstones.

If a patient arrives at an emergency department with upper right quadrant pain, he or she will undergo screening ultrasonography that will likely show gallstones. Guilty until proven innocent, the gallbladder is likely to be removed. The removal is probably immediate because it is more cost-effective to perform surgery for the 25% of patients who come in with recurrent pain (outcomes for delaying surgery were otherwise similar).3 The NIH consensus is specific about gallbladder pain: “The best definition of biliary pain is that which is relatively severe, episodic, epigastric or right upper quadrant in location, lasting 1 to 5 hours, and often waking the patient at night.”1(p4) But in practice, it is likely that any right upper quadrant pain with gallstones present, especially in conjunction with consumption of fatty foods, will lead to gallbladder removal.

Use of bile salts

The use of bile salts, specifically ursodiol, is now considered less effective than gallbladder removal because of the possibility of gallstone recurrence. While the NIH warns that recurrence may occur in up to 50% of cases, they also note that most of those recurrences will not be symptomatic.1 Despite the evidence of recurrence, the NIH was reluctant to recommend maintenance bile salt therapy. The safety profile for bile salts is far better than that for surgery, and it is much less costly ($14 000 for surgery vs <$2000 for 20 years’ supply of bile salts at retail). Patients with larger stones can undergo lithotripsy to break them up and then follow up with bile salts to avoid recurrence.

Unfortunately for the surgeons, up to one-third of patients whose gallbladders are removed continue to have pain in the region of the gallbladder even after the pesky organ is removed.4 Researchers in Italy stated: “This continuing pain, termed [p]ost- (PCS) is defined as a complex of heterogeneous symptoms, consisting of upper abdominal pain and dyspepsia, which recur and/or persist after cholecystectomy.”5 A small percentage of these patients have had botched operations and/or generate stone crystals in the bile duct (which resolve with the addition of bile salts).6 But most patients have abdominal issues that are unresolved and may have been worsened by the removal of their gallbladders (changes in their stomach linings are common).7

Patients who have had a cholecystectomy are at increased risk of colonic tumors, reflux, and stomach problems.7 A conservative estimate of complete pain relief after the procedure is 60%, leaving 40% with continuing, and possibly new, problems.7

One patient who developed gallstones while in my care was highly resistant to conventional medicine. Unfortunately, he was also highly resistant to moderation. In his search for pain relief from rheumatoid arthritis, he began consuming a pint of fish oil twice a day. Quite predictably, he developed gallstones, which were diagnosed by his primary care provider and by ultrasonography. Rather than undergo the surgery, he called me up and asked if the fish oil might have something to do with it. I told him yes, and 2 weeks later he was gallstone free.

It is worthwhile to ponder for a moment the sudden increase in need for gallbladder surgery. One could argue that improvements in surgical techniques alone may be responsible, but I think back to basic Traditional Chinese Medicine. The gallbladder is the sergeant of the body, following the liver’s orders. The processing of emotions must come out through this overworked little fellow, and these days he does his job with less and less blood because continual stress shunts extra blood out to the extremities.

Another patient had extreme pain under the right rib cage and experienced terrible reflux. When I examined her abdomen, she had her pants cinched up to just below her rib cage. The repositioning of her trousers and a prescription for different pants resolved both issues.

While the pants lady is a dramatic and obvious case, many other patients experience tightness and pain in their upper abdomen because they are constantly engaging in anxiety breathing, when every deep breath goes up into the shoulders and pulls the abdomen tight. I have cured several upper right quadrant pain problems by breath retraining. The result is often a decrease in irritable bowel syndrome or reflux symptoms.

Let us not forget the possibility of trauma. A former gymnast with a gallbladder problem came to see me who appeared to have 5 right lower ribs moving freely. An old sternum injury had never been treated, so her ribs fluctuated in location by as much as 2 in. Another gentleman came to me with terrible abdominal pain. He had been told he had a duodenal ulcer, but on palpation I found very tight psoas muscles. He was pain free in a matter of minutes. A month previously, he had crashed his bicycle and slammed his stomach into the handlebars.

Once you rule out other possibilities, many patients will have gallstones and gallbladder spasm as issues. The principal first treatment in these cases is bile salts. Bile salts are one of the few substances that are truly not chewable, and I most often prescribe them in conjunction with pancreatic enzymes. I tell patients to take 1 with meals and to increase the dosage if they are consuming fatty foods.

Synthetic bile salts are also available, but the research findings on ox bile for the dissolution of gallstones are better than those on the synthetics. The average length of time for dissolution is about 2 years, but I generally see a decrease in symptoms within 1 month. Assertive treatment is necessary, as patients who undergo even 1 more gallbladder spasm are likely to have the surgery.

With patients who are simply concerned about their gallstones without acute pain, any of the bitters available can be helpful at aiding the draining of the gallbladder. Compliance is the primary concern, but patients may like organic apple cider vinegar, lemon, or the more bitter herbs. I prefer to introduce bitters into the diet, but patients may also take bitter capsules.

Never assume that the diagnosis of gallstones gives a clear picture of what is happening in a patient’s abdomen. Simply working through the patient’s case in its entirety provides much better and more satisfying long-term outcomes. 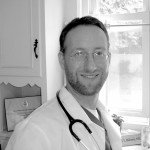 Christopher Maloney, ND works with complex chronic diseases that are resistant to drug therapies. He likes endocrine puzzles and also does graded mobilization for chronic pain. To reach him, use www.naturopathicmaine.com, catch his tweets at naturopathealth, or browse either Natural Treatment Therapies or Alternative Health Answers, his two blogs. 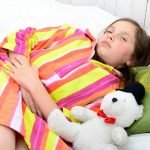