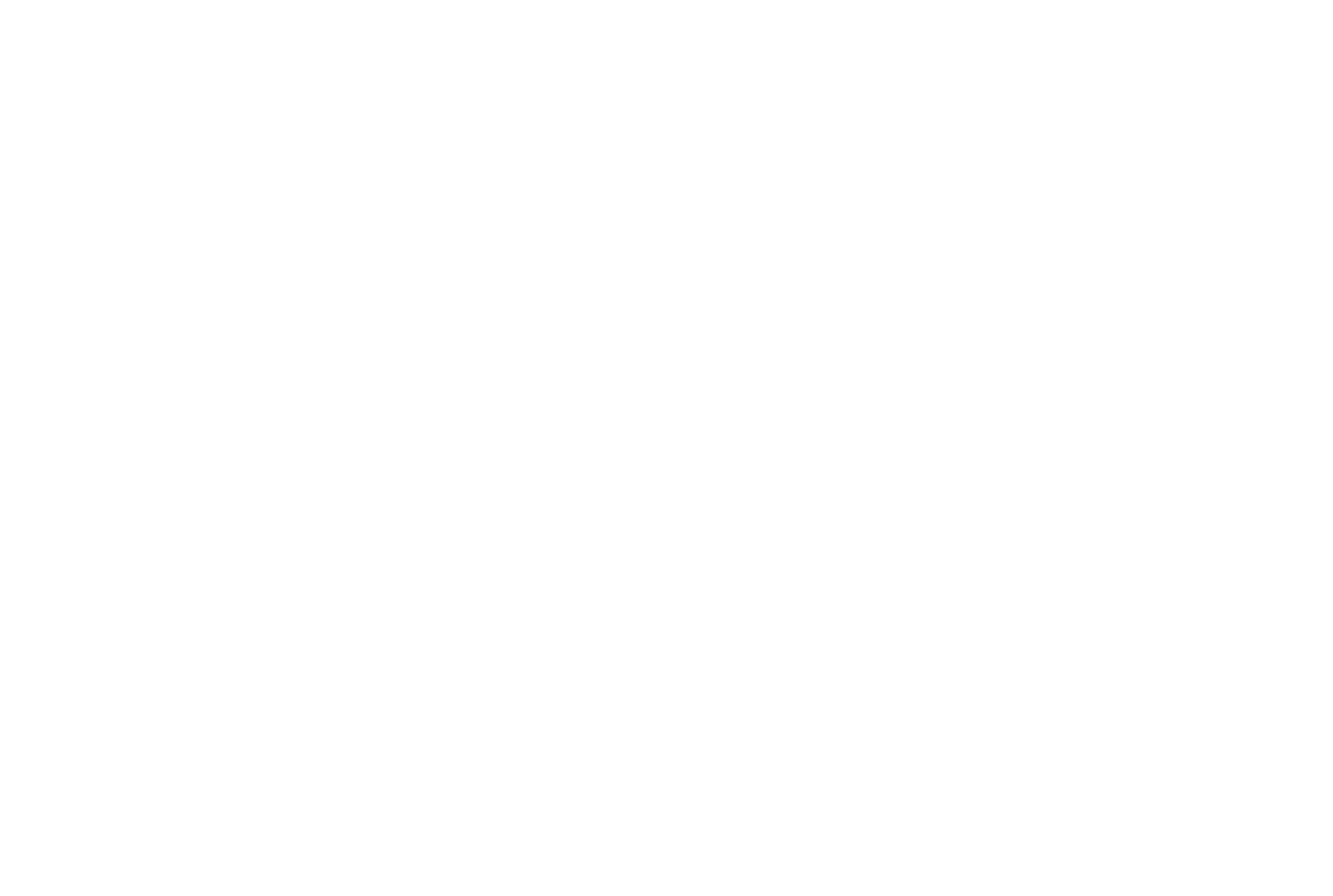 Several autoimmune diseases of the kidney are classified as idiopathic. These conditions can be difficult to treat and often lead to renal failure. Allopathic medicine has had limited success with these types of nephritis and at best can slow the progression of the disease.1 For many of these patients eager to stay off dialysis, naturopathic medicine may offer novel strategies to treat these types of nephrotic syndrome.

All types of glomerulonephritis are characterized by the following:

Elevated creatinine and serum urea nitrogen levels appear late in the process of the disease, and secondary cardiovascular disease is the most common cause of mortality in this population. Over time, the progression of the disease can result in bone degeneration, muscular atrophy, increased platelet aggregation, and compromised immunity.2

These conditions are classified by how the nephrons appear on a biopsy specimen and do not have a clear etiology. Of these types of glomerulonephritis, FSGS has the worst prognosis and left untreated will almost always lead to renal failure.3

Although the origin of FSGS is unknown, it is associated with familial variations in the genes that code for podocyte proteins.5 It has been associated with viral infections (eg, simian virus 40),6 human immunodeficiency virus, and parvovirus B19. The use of drugs such as heroin, interferon alfa, and lithium has been linked to FSGS. Many nephrologists believe that an FSGS circulating permeability factor may be the cause of protein leaking through the glomerulus. Structural abnormalities such as reduced renal mass may lead to a state of hyperfiltration and make the kidneys more susceptible to FSGS.5

Treatment of FSGS usually includes immunosuppressive therapy, most notably cyclosporine, and a combination of angiotensin-converting enzyme inhibitors and angiotensin II receptor blockers.7 Oral galactose and plasmapheresis are also being used, with limited success.8 Naturopathic treatments that offer promise to patients with FSGS include ubiquinone,9 antroquinonol,10 and Ganoderma lucidum.11

Ubiquinone seems to work primarily as a potent lipid-soluble antioxidant and dramatically improves proteinuria and interstitial nephritis. It may boost mitochondrial function, thereby supporting the kidney in a state of hyperfiltration. Ubiquinone is an important supplement because many patients with nephrotic syndrome are taking statin medications for hypercholesterolemia.9

Antroquinonol, a purified compound from the Antrodia camphorata mushroom, may also help reduce inflammation and attenuate proteinuria. It reduces oxidative stress, leukocyte infiltration, and fibrosis in the kidney. This agent has shown promise in a murine model and may have potential to ameliorate FSGS lesions.10

Ganoderma lucidum is another mushroom that can be useful to treat FSGS. In a study11 of 14 patients with FSGS who took G lucidum, all individuals achieved remission, and the agent successfully suppressed proteinuria. This seems to have been achieved by restoring the balance of proinflammatory tumor necrosis factor and interleukin 10 (IL-10).

IgA nephropathy, associated with antibody immunity, often responds well to improving conditions in the gut.12 IgA is a major antibody of the gastrointestinal tract, and a study13 showed that 75% of patients had an improvement in proteinuria with a gluten-free diet. Approximately one-third of patients with IgA nephropathy demonstrate sensitivity to gluten, and it is hypothesized that subclinical gluten-related sensitivity may be associated with the pathogenesis of IgA nephropathy.14 However, the gluten-free diet must be initiated early in the disease process. Despite improvements in inflammation and proteinuria, many patients continued to have a rise in serum creatinine level, indicating a relentless progression toward end-stage renal disease.13

Fish oil has been shown to improve lipid profiles and reduce oxidative stress related to IgA nephropathy.15 A study16 demonstrated that a combination of docosahexaenoic acid and eicosapentaenoic acid reduced Il-6 expression and mesangial deposition of IgA antibodies. However, investigations have not shown any improvement in blood pressure, proteinuria, or serum creatinine associated with the use of fish oil.15

The yeast Saccharomyces boulardii may be of benefit for patients at risk for IgA nephropathy. In a murine model, IgA nephropathy was induced by administration of oral poliovirus vaccine.17 Mice that were given S boulardii did not develop mesangial proliferation or deposition of antibodies. The control group developed antibody proliferation and deposition, and some also manifested pathological changes in the glomerular membrane.

Reduction in urinary protein and erythrocytes was achieved in an animal model with an extract of Astragalus membranaceus.18 IgA nephropathy was induced in rats by intragastric administration of bovine serum albumin and injections of LPS and CC14. Rats given Astragalus had decreased hematuria, proteinuria, and tubular lesions of the kidney. The mechanism is believed to be downregulation of nuclear factor–êB and monocyte chemotactic protein 1.

Mesangial proliferative glomerulonephritis is a syndrome that includes proteinuria, hematuria, inflammation of the kidney, an increase in the number of mesangial cells of the kidney (hypercellularity), and deposition of antibodies in the glomerular capillary. It is associated with IgA nephropathy, lupus, and rheumatoid arthritis. Oxidative stress20 and an imbalance of cytokines21,22 are believed to be involved in the pathogenesis of MPGN.

Interleukin 6 is associated with MPGN, and high urinary levels of Il-6 correlate with pathological score in patients with MPGN; IL-6 messenger RNA has been detected in biopsy specimens from patients with MPGN.21 In addition, transgenic mice with a human Il-6 genomic gene demonstrated severe mesangial proliferation and matrix enlargement.21 By contrast, administration of Il-10 has been shown to reduce inflammatory recruitment and mesangial cell proliferation.22

Rosmarinic acid, a natural phenol compound found in rosemary, sweet basil, and perilla, has proven to be useful in treating MPGN. In a rat model, rosmarinic acid suppressed proliferation of mesangial cells and glomerular matrix expansion; the fibrinolytic and antioxidant activity of rosmarinic acid significantly reduced the progression of the disease.23 This effect was also observed with leaves of Perilla frutescens, a common vegetable in East Asian countries.24

Rhubarb effectively treated MPGN in a rat model, possibly due to the constituent of emodin.25 In the 1997 Chinese investigation, therapeutic action was achieved by decreasing Il-1 and inhibiting synthesis and secretion of fibronectin, an important component of the mesangial extracellular matrix.

Idiopathic autoimmune diseases of the kidney are often difficult to treat. However, certain natural agents have shown promise in some of the more common forms of glomerulonephritis. Although it may be difficult to stop the disease process altogether, a naturopathic approach may slow the progression of these diseases. 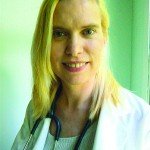 Jenna Henderson, ND is a graduate of the University of Bridgeport College of Naturopathic Medicine, Bridgeport, Connecticut. A kidney patient herself since 1993, she practices in North Haven, Connecticut, and has an international clientele of patients with kidney disease. More than 2900 people follow her at Holistic Kidney on Facebook and at www.holistic-kidney.com. Her work has been published in Natural Medicine Journal, and she presented her research findings at the 2011 American Association of Naturopathic Physicians Annual Convention in Phoenix, Arizona. 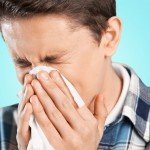 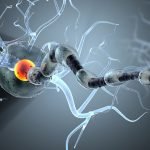