Neopicrorhiza schrophulariiflora and Picrorhiza scrophulariiflora have been used traditionally for allergies, asthma, and inflammatory disorders, including liver disease. Neopicrorhiza grows in high-altitude locales of the Himalayas and is an herbaceous perennial plant of the Scrophulariacea family whose leaves, stems, and roots are used medicinally. Picrorhiza kurroa was the species originally used in Ayurvedic medicine; however, due to severe overharvesting, it is now in danger and Neopicrorhiza is considered a comparable substitute. As few plants thrive at high altitudes, the perpetual harvest of Picrorhiza and Neopicrorhiza as a source of livelihood for mountain dwellers is not sustainable. Picrorhiza is listed among the top 15 most traded medicinal herbs in India, which has put this herb in the category of critically endangered; as a result, legal restrictions have been levied on its collection from the wild. Cell cultures are also being explored to produce picrosides and relieve sustainability pressure of overharvest of the plant1,2; increasingly, cell cultures are becoming a sustainable method of producing herbal medicines.

Neopicrorhiza may be included in formulas for dyspnea, tight and spastic cough, asthma, and COPD. Animal studies suggest that Neopicrorhiza may help to control respiratory inflammation in cases of lung infection and to reduce lung injury in situations of sepsis.6 Picrosides may downregulate cytokine release and response and assist in the treatment of inflammatory airway diseases.7 Picrosides may also suppress neutrophilic inflammation in acute exacerbations of COPD and attenuate inflammatory cytokine release and the resulting cascades that can contribute to acute lung injury and distress.8 A molecular compound derived from picrosides is currently in clinical trials for COPD.9 One of the picroside-based proprietary products is a mixture of iridoid glycosides (including picrosides and kutkoside) that has been shown to have moderate ability to inhibit superoxide, protect cells against hypoxia, and enhance the expression of vascular endothelial growth factor.10

Picrorhiza may be included in formulas for both acute and chronic lung disorders. Acute lung injury is a leading cause of death in intensive care units, where roughly 40% of all cases are fatal.11 As effective pharmacologic therapies for acute lung injury are lacking, Picrorhiza may be a valuable medicine. Acute lung injury can be fatal when severe inflammatory reactivity leads to hypoxemia, diffused neutrophilic infiltration, and interstitial edema in the lung. This escalation, whereby minor sepsis can rapidly lead to severe inflammation, is sometimes referred to as “septic shock”; the resulting release of inflammatory molecules creates a “cytokine storm.” US statistics reveal 800 000 annual cases of sepsis, with a mortality rate of about 27%.12

Picrosides are shown to modulate the signaling of transforming growth factor-beta (TGF-β), which may reduce these severe lung reactions.8 Bacterial sepsis is a leading cause of acute lung injury; organ failure from systemic infections often starts with respiratory distress syndrome and ends in circulatory distress and insufficiency to other organs. Gram-negative bacteria are the microbes most frequently responsible for bacterial sepsis; the production of the endotoxin lipopolysaccharide (LPS) induces proinflammatory cytokines and may trigger the domino cascade that results in acute respiratory distress.8 Many of the numerous inflammatory cytokines stimulated by LPS are drug targets for acute respiratory distress and syndromes of acute lung injury. Because amyotrophic lateral sclerosis (ALS) and acute respiratory distress syndrome (ARDS) are typically treated in hospital settings, it may be difficult for herbalists and naturopathic physicians in the United States to implement Picrorhiza as an acute therapy. In contrast, hospitals in India and China are exploring picrosides as part of an acute therapy for lung inflammation. Picrosides are shown to reduce the classical pathway of complement activation and to reduce both neutrophil-activated oxidative stress and the proliferation of T-lymphocytes.8 Animal models of sepsis and acute lung distress show picroside II to enhance bacterial clearance and exert anti-inflammatory effects, including a reduction of inflammatory cytokines.6

Due to these immune-modulating and anti-inflammatory effects, Picrorhiza may be included in formulas for hayfever, allergic airway disorders including asthma, and chronic respiratory inflammation such as chronic bronchitis and COPD. Picrorhiza is available as a tincture, and proprietary concentrations of picrosides are used in other countries. Due to environmental concerns, always question vendors about their sources and sustainable harvesting practices. 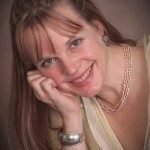 Jillian Stansbury, ND, has practiced in SW Washington for nearly 20 years, specializing in women’s health, mental health, and chronic disease. She holds undergraduate degrees in medical illustration and medical assisting, and graduated with honors in both programs. Dr Stansbury also chaired the botanical medicine program at NCNM and has taught the core botanical curricula for more than 20 years. She also writes and serves as a medical editor for numerous professional journals and lay publications, and teaches natural products chemistry and herbal medicine around the country. She is presently working to set up a humanitarian service organization in Peru and is studying South American ethnobotany. 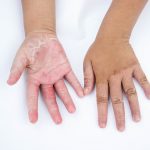 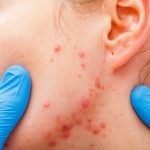 Holistic Use of CBD for AcneAnti-Aging, Botanical Medicine, Dermatology