If you’re like me, you were taught to tread carefully regarding the use of pharmaceutical antimicrobials in practice. After all, our naturopathic education taught us how to approach infections with numerous modalities, antimicrobial herbs included. What with warnings of growing pharmaceutical antimicrobial resistance, Stevens-Johnson syndrome, fluoroquinolone toxicity, and organ damage, it is no wonder that some choose to wholly avoid pharmaceutical interventions, perhaps at least until one encounters their first case of a treatment-resistant urinary tract infection or vaginal yeast infection. Such cases may call for pharmaceutical treatment in order to provide timely, safe, and responsible care. Then, maybe, one becomes more comfortable with prescribing pharmaceuticals, especially in the world of insurance reimbursement and the resultant chaotic quick office visits. The evolution of practice may bring one to the world of chronic infections, learning to treat them with pharmaceuticals, only to realize that the pharmaceuticals are not cutting it – hence a return to herbal antimicrobials or a combination thereof. Everything in life is a cycle, including our relationship with practice modalities. Eventually, some of us settle into a space where we have tools from all realms – pharmaceutical and natural – and are comfortable with when and how to use them. Perhaps this happened earlier for you, perhaps this has yet to happen for you, or perhaps it won’t. Nonetheless, this article aims to discuss just 1 approach to employing antifungals, by someone who has humbly gone through the modality wringer.

When is An Antifungal Appropriate?

Just as with any other disease state, there are many approaches to the treatment of mold illness – some at opposite ends of the spectrum. Some practitioners completely refuse to use pharmaceutical antifungals, while others opt to use antifungals in response to a positive urine mycotoxin test. The rationale for using any intervention should be based in logic, and antifungals are no exception. While there is a time and a place for everything, in most cases the middle path is the best option. Although it may seem obvious to some, new practitioners must understand that mycotoxins are not the molds themselves, but are a secondary metabolite produced by molds. Although it may seem like a semantics argument, I have witnessed, firsthand, physicians in the public eye speaking about those who are “infected by mycotoxins” or whose urine mycotoxin tests reveal elevations of the mold “gliotoxin.” In both these cases, an antifungal will neither “kill” gliotoxin nor stop a “mycotoxin infection.” Rather than shaming neophytes, it is important that we respectfully educate them, as this misunderstanding can perpetuate misuse of antifungals and potentially endanger patients.

The main reason to discourage the reflexive use of antifungals is that one cannot surely know the source of the mycotoxins. Research has demonstrated that external exposure is capable of elevating the total body burden of mycotoxins, via inhalation and/or ingestion, in both human and animal studies.1-13 Research has also demonstrated increased total body burden of mycotoxins as a result of internal exposure.14 Physicians should be aware of this, as it can impact their treatment algorithm. If exposure is the result of inhalation or ingestion, an antifungal will have no effect on the mycotoxin body burden, as the fungi exist in the environment, not in the body. However, if the mycotoxin body burden stems from an internal exposure, then the use of an antifungal to kill the source of the internal exposure is a reasonable approach. The difficulty lies in determining whether internal or external exposure is the culprit. This determination requires a thorough case history, environmental investigation and testing, and medical testing. Some physicians, feeling overwhelmed by this process, opt to use antifungals early in their treatment algorithm so as to remove internal exposure from their differential. While I understand this logic, it does not work in all cases, and for multiple reasons, which will be discussed in the remainder of this article and in the next installment.

Why Should We Practice Caution?

There are numerous problems with blindly providing an antifungal to a patient. Firstly, there is the toxic nature of antifungals. Many of the medications in this group of drugs are highly metabolized by the liver. As a result, they can cause elevations in liver enzymes, they may further exacerbate preexisting liver conditions, and they can cause changes in hepatobiliary function including CYP alterations – resulting in unintended drug interactions.

Secondly, there is the growing crisis of antifungal resistance, due in part to overuse by the agricultural, construction, and medical industries. We use “thousands of tons” of the azole class of antifungals on crops each year15; meanwhile, we are seeing azole-resistant, invasive Aspergillus fumigatus infections in fungicide-exposed field workers who are naive to the pharmaceutical class.16 And this problem is not limited to molds, as we are seeing the yeast Candida glabrata developing medical azole resistance due to agricultural azole application.17 Construction materials are also treated with the same fungicides used in the agricultural industry. Tebuconazole and propiconazole, well-known agricultural fungicides, are widely used to protect wood. And, interestingly enough, a recent 2020 study demonstrated invasive Aspergillus fumigatus that is resistant to tebuconazole.18 While one cannot say for sure if the agriculture or construction exposure is to blame, we do know that pharmaceutical resistance as a result of environmental exposure is possible. Finally, increased medical use also adds to the growing resistance. While it’s necessary for prophylactic use in at-risk patients,19 and is required to treat the growing number of nosocomial Candida infections,20 one need not add to the developing crisis with reflexive prescribing.

Another reason to avoid reflexive prescribing is that different antifungals target different types of fungi. While culture and susceptibility testing could help to elucidate this issue, there are unfortunate limitations to this testing.

The final reason to avoid reflexive prescribing is limitations in drug delivery. Location of fungal colonization or infection is important to keep in mind during the prescription process. Just as oral nystatin will not address fungal sinus colonization, a nasal antifungal will not address small intestinal fungal overgrowth. Moreover, using a systemic oral preparation may not be necessary, and may in fact be excessive for a dermatophytic infection. While it may seem obvious to some, locale, pharmacokinetics, and drug delivery all play important roles in proper prescriptive management. The process of choosing an antifungal shall be discussed in detail in Part 2 of this article, available next month.

When Is an Antifungal Warranted?

The process of exclusion is useful in the decision-making of whether or not to utilize an antifungal. In my practice, avoidance of exposure is key, and it is always the first step in treatment. At risk of oversimplification, an internal exposure to mold would take the form of an infection or colonization, whereas an external exposure could be the result of a moldy home or contaminated food. Internal exposure to mold is traditionally addressed with antifungal interventions, while external exposure is addressed with avoidance or remediation of environment. While addressing external exposure is the biggest and most expensive hurdle to jump through, it offers great clinical insight, as it removes the possibility of external exposure as a continued etiology. Approximately 60-70% of clinical cases in my practice drastically improve in response to proper remediation or relocation. It is better to address such etiology early, as once it is appropriately addressed, it is less likely to reoccur. The added benefit is the assurance of a healthy indoor environment and the avoidance of unnecessary antifungals. The alternative option in this example is using an antifungal prior to addressing the external environment. Leaving someone in exposure while they undergo treatment usually results in treatment failure and wasted time and money. As we know that internal exposure arises as a result of external exposure, failure to mitigate a potential source of an infection or colonization can result in an uphill treatment battle. Therefore, providing an antifungal to someone without addressing the environment is an ineffectual ordering of interventions.

Once a person has begun the process of addressing external exposure, quarterly urine mycotoxin testing may help to inform the potential for antifungal treatment; however, one must be aware of the limitations of testing. Urine mycotoxin testing is not wonderfully helpful as a standalone test; however, it is useful when ordered numerous times because this allows the overall data set to be considered. In order to use this test correctly, one needs to understand the clinical question being asked. In this case, the test answers the question: “What are the levels of metabolized/detoxed mycotoxins in the urine?” As the urine test examines what is leaving the body, having already been processed by phase 1 and 2 detoxification pathways, we can expect a downward trend over time. However, mycotoxins are lipid-soluble and are thus often found in fat reservoirs such as liver, adipose, and brain tissues.21-24 Therefore, levels of metabolized urine mycotoxins may be low initially, they may spike as detox support is initiated, and then they will likely descend as the storage reservoirs are depleted. Many patient and practitioners are taken by surprise when urinary levels rise; this is normal, to an extent. In cases where external exposure is the cause, successful remediation has occurred, and detox support initiated, the downward trending of urine mycotoxin levels seems to start somewhere between the 3-month and 6-month tests. There are exceptions to this time-frame, as some mycotoxins may be metabolized faster than others; differences are influenced by individual detox pathways and exposure. With regard to exposure, some argue that food-borne mycotoxins may confound test levels, which is potentially true. However, if the diet remains consistent, and the overall trend of the entire data set is considered (rather than 1 point in time), then one can potentially assume stable effects of dietary mycotoxins.

Idiosyncrasy discussion aside, urine mycotoxin testing should be ordered before remediation (for a baseline), and at 3 and 6 months after successful remediation and initiation of detox treatment. If at the 3- or 6-month mark, the patient is feeling better and the urine mycotoxin elevations have started to trend downward, there is no reason to employ antifungals. We can assume that the body is slowly releasing the metabolized mycotoxins through the urine, and that urine metabolites are approaching zero. However, if successful remediation has occurred (or they are out of exposure), the diet remains stable, but the patient continues to feel poorly and the mycotoxin results remain elevated or have increased after the sixth month, then external re-exposures should be reassessed. If there is no grave concern with regard to external re-exposure, then considerations for internal exposure should be made. It is at this time that it may be reasonable to employ antifungals.

“Six months before an antifungal?” I can hear some of you saying. Here is the issue: If an antifungal is provided but the patient continues living in a moldy home, the effects of the antifungal may be short-lived, if efficacious at all. They may experience an initial improvement if the exposure was truly internal. However, because they continue to be in external exposure, they may be reinoculated, only to have to remediate the home and once again go on an antifungal. And this doesn’t even touch on the issue of drug resistance.

The next installment of this article will discuss the various tests that can be helpful in choosing an appropriate antifungal medication. Additionally, the various types of antifungals and their target fungi shall be discussed, in addition to ways to help optimize antifungal efficacy. 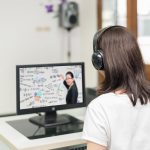 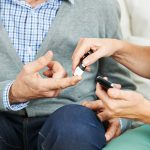