“How does homeopathy really work? And how do we know that it was actually the ‘remedy’ that brought resolution to the diseased patient?” These questions are valid inquiries often raised by naturopathic medical students, practitioners, patients, and skeptics alike. This editorial will attempt to shed some measure of light on the subject while at the same time raising some additional questions regarding future research opportunities and how best to explain the mechanisms of this centuries-old therapeutic modality. Beginning with historical records of homeopathy’s successful use in acute lower respiratory infections (LRIs), we attempt to take an elevated look at one particular model of explanation for the physiological mechanisms of action of homeopathic remedies, in addition to current research on their use as a nanoparticle stimulus of intra- and intercellular communication.

In the 19th century, homeopathy was a small but strong modality that was gaining momentum both within the United States and Europe. By 1900, 22 homeopathic medical schools, over 100 homeopathic hospitals, and thousands of homeopathic pharmacies were thriving in the United States.1 The popularity of homeopathic treatment during this time was due to its successful eradication of various types of infectious epidemic diseases, most notably pneumonia, which had mortality rates of up to 30% in hospitalized patients treated within the conventional allopathic model.2

In 1928, 2 prominent homeopathic physicians – Drs Alfred and Dayton Pulford, of Toledo, OH – were renowned due to their resounding success in treating pneumococcal disease. Consequently, the physicians created a monograph describing their methods and indications for prescribing homeopathic remedies. In their book, Homoeopathic Leaders in Pneumonia,3 they wrote, “It has been stated, and we have every reason to believe truly, that fully 80 percent of all pneumonia cases would get well without any medical interference whatsoever, under proper nursing … [A]ny system or method of medical healing that cannot lower the death-rate to less than 20% would seem rather a menace than a blessing to pneumonia patients. After treating 242 cases of pneumonia, of all types and degrees of severity, some coming directly from and others having been confirmed in the diagnosis by allopaths, with but 3 deaths, a rate of but 1.4%, we can hardly understand a fixed minimum death-rate of 25% in a disease as readily amenable to the proper [homeopathic] remedy as is pneumonia.”3

In 1843, Dr Carl Heinrich Rosenberg also reported cases of pneumonia treated in both conventional allopathic and homeopathic hospitals throughout Europe.4 Allopathic doctors reported 760 cases of pneumonia that resulted in 286 deaths – a mortality of 37.63%. Conversely, homeopathic doctors treated 390 cases, with 14 reported deaths. This equates to a mortality of 3.6%, which is remarkably one-tenth of the 37.6% mortality rate of allopathic cases.4 Additionally, a survey conducted among homeopathic physicians in the United States, by the American Institute of Homeopathy, reported a death rate of 2.8% among 11 526 patients with pneumonia who were treated with homeopathy over the course of nearly 100 years.5

These positive results, however, do not stop with pneumonia. In his 1921 article, “Homeopathy in Influenza – A Chorus of Fifty in Harmony,” allopathic physician, WA Dewey, MD, described homeopathic treatment of influenza based on data collected from 50 medical doctors who specialized in homeopathy over the course of the early 20th century.6 These findings repeatedly demonstrate the efficacy of homeopathic treatment of influenza in thousands of cases across the United States and Europe. Some of the most notable findings include those of Dean W. A. Pearson of Philadelphia, who collected data on 26 795 cases treated by homeopathic physicians, with a mortality rate of 1.05%. An additional 1500 cases were reported at the Homeopathic Medical Society of the District of Columbia that resulted in only 15 deaths. G. B. Stearns, who collected data on over 17 000 cases through the International Hahnemannian Association, reported a mortality of 4%.6

These statistics are extraordinary when considering that the treatment is primarily the use of diluted substances; this appears to defy logic and thus results in the difficulties surrounding the comprehension and acceptance of homeopathy as a scientific modality. Thankfully, modern medicine and research into the actions of homeopathic medicines are providing further clarity in our understanding of how the modality works on a physiological level, and substantiating the treatment as evidence-based.

As was dictated by Hahnemann in the Organon of Medicine, allopathic speculation on how the phenomenon of disease arises was useless; rather, the focus should be on the precise execution of homeopathic prescriptions per the Law of Similars, similia similibus curentur (Like Cures Like). Now modern scientists can better examine how disease affects the body and exactly how the dilution works by assessing its action within our body’s complex signaling systems. Iris Bell, prominent researcher in the mechanism of action of homeopathy, describes the Nanoparticle-Allostatic Cross-Adaptation-Sensitization model, or NPCAS. She asserts that “homeopathic treatment is a form of nanomedicine acting by modulation of endogenous adaptation and metaplastic amplification processes in the organism to enhance long-term systemic resilience and health.”7 That is to say, nanoparticles of the original substance, that persist in the dilution, serve as enhanced messengers throughout an organism by engaging adaptive response mechanisms (such as hormonal stress responses and chemical cascades of immunity) and stimulating their activity to resolve systemic disease. By amplifying these types of responses, we see the global stimulation of all types of response systems in the body; this is akin to the homeopathic and naturopathic concept of stimulating the vis medicatrix naturae.

One of the hypotheses that Bell et al proposed in their research is that “Homeopathic remedies modulate patterns of allostatic responses in the biological components of the stress response network (in vitro and in vivo), with measurable, multiple dynamic short- and long-term effects, based upon systemic priming by higher intensity stressors that have previously affected the organism.”7 Put another way, the human organism is triggered into symptomatic disease via the culmination of previous higher-level stressors, and that the low-level homeopathic intervention (ie, the best remedy that matches the disease presentation, or similimum) serves to correct the dysfunctional homeostatic pathways. Therefore, the more closely the chosen similimum remedy matches the particular disease pattern in the presenting patient, as in Like Cures Like, the greater the potential that this given nanomedicine will not only cure the disease, but also result in longer-lasting systemic resilience to future similar stressors.

As a facet of how homeopathic remedies facilitate this enhanced resilience, it is proposed that these nanoparticles can directly impact the manner in which an organism responds to stressors by modulating the activity of various cytokines and chemokines. These myriad immuno-active biomarkers may therefore prove to be the focus of future research in this field.

A closer appraisal of the specific immunological mediators produced by nanoparticular stimuli illuminates both the use of particular remedies in clinical practice and opportunities to develop further research in the field. The activation of these mediators are in turn responsible for a patient’s recovery from infectious disease, as is illustrated by the historical record of successful clinical cases of pneumonia and influenza.

As a well understood chemical compound known to cause toxicity in gross doses, arsenic has actually proven itself quite useful as a homeopathic remedy (ie, Arsenicum album) and is a well-indicated treatment of pneumonia. Marzotto et al researched the effects of highly diluted inorganic arsenic (iAs) on the monocytic leukemia cell line THP-1. Their results revealed that THP-1 cells exposed to 24 hours of iAs decreased their metabolic activity by 20%, upregulated the proinflammatory cytokines interleukin (IL)-1β and tumor necrosis factor (TNF)-α while also downregulating the anti-inflammatory cytokine IL-10; these findings illustrate the divergent stress response pathways engaged by diluted iAs in vitro.8 Physiologically, we know that TNF-α increases neutrophil production, thus inhibiting bacteremia that can be associated with pneumococcal pneumonia.

Another example is that of Toxicodendron pubescens (homeopathic Rhus toxicodendron), utilized for a wide range of inflammatory conditions including influenza and pneumonia; its particular effects on immune cells in both animal and human models in vitro have recently been explored more thoroughly. For example, it has been shown that various concentrations of homeopathic Rhus tox retain the immunomodulatory effects of gross amounts of the original botanical substance by not only increasing antibody titers in mice compared to the controls, but also by enhancing the chemotaxis of polymorphonuclear (PMN) cells while improving their overall oxidative capacity.9 In this particular study by Patil et al, this correlated specifically to improved phagocytosis and intracellular destruction of Candida albicans by the affected PMNs. Although the significant changes and direct effects of T pubescens were more thoroughly observed in the mother tincture and less-diluted media, the immune-stimulatory effects were still seen in the higher-dilution tests as well. One can infer that the chemotactic mechanisms extend beyond that of antifungal to antimicrobial activity, for both viral and bacterial illness.9

Acting as a fundamental mediator of innate immunity, macrophages are also a focus for researching the significant effects of homeopathic remedies. Homeopathic Mercurius solubilis (Merc) is another nanomedicine that shows significant promise in the enhancement of immunological resilience for bacterial infections,10 and is well indicated for both influenza and pneumonia. In mouse models (both in vitro and in vivo), homeopathic Mercurius affected macrophages in the following ways compared to the control: increased range of cellular spreading and sheer number of projections, induction of interferon (INF)-γ release and IL-4 synthesis (promoting Th1 and Th2 activity, respectively), and improved oxidative capacity against invading pathogens.10 These findings are consistent with homeopathic Mercurius’ ability, per the materia medica, to decrease one’s susceptibility to new and repeated infections.

Given the historically evidenced use of homeopathy as a therapeutic modality in treating conditions from pneumonia to common respiratory infections, as well as the mechanisms by which this nanoparticular medicine may facilitate the adaptation and stress-induced resolution of illness, both intra- and intercellularly, it becomes increasingly clear that continued research in this field would only serve to bolster appreciation for this finely tuned medical practice. Current studies, correlated with historical cases in homeopathic literature, also suggest further reach of this modality as an effective treatment option for nearly all types of microbial-based disease. There are still a myriad number of questions surrounding the practice of homeopathy that continue to transcend the collective wisdom of holistic practitioners of every experiential level; yet it is, in fact, this mystery that drives further practice and research forward. 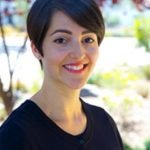 Nazanin Vassighi, ND, is a naturopathic doctor and Assistant Professor of Homeopathy at Bastyr University California (BUC). Dr Vassighi graduated from Southwest College of Naturopathic Medicine (SCNM) in Tempe, AZ. After completing a general medicine residency at SCNM, she was accepted into a specialized homeopathy residency sponsored by Standard Homeopathic under Dr Stephen Messer, ND, DHANP. She is an established speaker, and her work has been published in Homeopathy Today. In addition to teaching homeopathy at BUC, she serves as faculty supervisor at BUC Clinic, training naturopathic medical students in clinical homeopathy. For more information on Dr Vassighi, visit www.bastyrclinic.org. 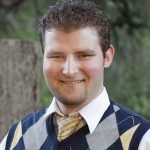 Michael Lehman, ND, is a licensed naturopathic doctor specializing in the care of patients with chronic illness, infections, and autoimmunity at the Institute for Specialized Medicine in San Diego, CA. He earned his ND degree from Bastyr University California, and received a BSc in Health Psychology and Human Biology from Bastyr University’s Seattle campus. It was during this time that he discovered and developed his love for the study of psychoneuroimmunology — the interdisciplinary approach to how an individual’s psychology and nervous system interact with one’s immunity to either diminish or encourage lasting health and wellness. For more information on Dr Lehman, visit www.ifsmed.com. 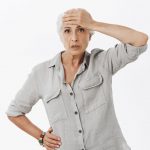 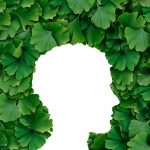 Dementia: How to Measure, Monitor, and Reverse ItBacterial/Viral Infections, Geriatrics