Hot flashes are one of the most common symptoms experienced by women during menopause. However, hot flashes may occur during the premenopausal, perimenopausal, and postmenopausal periods, and are reported by 80% of all women in the United States.1 Episodes generally begin with feelings of intense internal heat, followed by a rapid dissipation from the body leading to peripheral vasodilation, increased skin temperature, profuse sweating, and frequent visible reddening of the skin.2 Each episode typically lasts 1-5 minutes in length and may occur during the day or night. Nocturnal symptoms lead to significant disturbances in sleep and daily functioning.

While there are many theories as to why hot flashes take place, there is no clear explanation outlining the mechanism. It is known that hot flashes involve thermoregulatory dysfunction within the hypothalamus, which is prompted by low levels of circulating estrogen.3 However, low estrogen levels, as are present in prepubescent females, do not lead to an episode; therefore, withdrawal of adult levels of estrogen appears to be involved in the pathogenesis.1

Simple behavioral methods may be the only treatment needed for mild hot flashes. These modifications include using fans, lowering room temperatures, dressing in layers of clothing that can be easily shed, and avoiding triggers.1 Other options include weight loss, hypnosis, and cognitive behavioral therapy (CBT).

Currently, the main treatment for moderate-to-severe hot flashes is menopausal hormonal therapy (MHT), which has been shown to alleviate up to 80-90% of hot flash symptoms.5 For women who are not candidates for MHT or choose not to select it, other non-hormonal pharmacological agents, such as antidepressants and antiepileptic drugs, are explored. Data collected by the Women’s Health Initiative (2002) determined that the primary outcome of hormonal treatment in postmenopausal women includes coronary heart disease stroke and pulmonary embolism, as well as hormone-sensitive cancers such as invasive breast and endometrial carcinoma.6 Therefore, for women who are already at an increased risk for these conditions, alternative treatment modalities should be stressed. This case report illustrates natural treatment options for the relief of hot flashes related to menopause.

KL is a 52-year-old Caucasian female who presented to the Bastyr University California clinic seeking evaluation and care for postmenopausal hot flashes. KL had not had a menstrual period in nearly 2 years. The hot flashes began 4-5 years ago but became “extreme” 3 years ago, at which point she consulted treatment from her primary-care physician. Symptoms were controlled for 2 years with the use of combined conjugated estrogens and methoxyprogesterone acetate; however, treatment was ultimately discontinued due to fear of long-term complications. Symptoms worsened with cessation, now rated 9/10 in severity (10 being the worst). She experienced 4 to 6 episodes per hour, with 4 severe attacks occurring every evening. Each episode would last a few minutes. The heat would start in the torso and move up above the head, leading to excessive sweating through clothing and bedding, appearing as if water was poured over the head. Associated symptoms included heart palpitations, fatigue, and increased thirst. Symptoms were worsened with alcohol, caffeine, spicy food, and exposure to heat, and were alleviated with cooling measures. She took a daily commercial block cohosh extract product (80 mg), but reported no change in her symptoms as a result.

Other health concerns included self-reported snoring with sleep disturbance, acne, and low libido. Her past medical history was significant for a motor vehicle accident in 2002 that led to sensory loss and cognitive changes. KL had a history of premature ventricular contractions that were exacerbated by anxiety. Her family history was significant for stroke and myocardial infarction in her mother.

The main obstacles to cure included daily tobacco use, consistent alcohol consumption, and her occupation. KL worked outdoors as a field biologist in the desert and reported wearing a heavy uniform in the sun for a minimum of 10 hours per day. She had been smoking tobacco for 25 years and reported smoking 0.5-1 packs per day. She had tried to quit many times in the past but had never committed to long-term cessation. She drank 2 alcoholic beverages 5 times per week and generally noted symptoms within moments of ingestion.

Physical exam revealed normal vital signs. KL appeared visibly warm and uncomfortable, with perspiration on the forehead. The soft palate appeared posterior and inferior in the pharynx, and the throat appeared full. She had delayed skin turgor.

To assess the fullness in the throat, we screened for thyroid dysfunction via a thyroid panel. All results were within normal limits. A CBC revealed elevated hemoglobin and hematocrit. CMP did not demonstrate abnormalities. Vitamin D levels were low. A lipid panel demonstrated slightly elevated total cholesterol and elevated LDL-C. Fibrinogen and hs-C-reactive protein (CRP) were both elevated. Total and free testosterone, sex hormone-binding globulin (SHBG), and female reproductive hormones were all within normal limits.

The working diagnosis was hot flashes due to menopause. Possible differential diagnoses, although unlikely, included flushing reaction related to alcohol or drugs, flushing associated with food reactions, flushing due to systemic disease, and emotional flushing.

Daily treatment involved self-administration of the protocol listed in Table 2.

In addition to the supplements, KL was advised to increase consumption of phytoestrogen foods, including beans and legumes such as flaxseeds, broccoli, and alfalfa sprouts. Lifestyle changes included an anti-inflammatory diet that included the elimination of gluten, dairy, and processed foods. She was as also advised to increase hydration by adding 1 tsp of Celtic sea salt to water daily.

Follow-up at 2 weeks revealed a 50% decrease in the frequency of hot flashes and an overall 50% improvement.

The treatment for hot flashes related to menopause involves addressing the whole person. A large part of the protocol stresses changes in lifestyle to reduce frequency of symptoms and overall risk. In addition, there are many alternative treatments to consider, especially in a patient who is not a candidate for conventional hormonal therapy.

In some product lines for female health, organic maca root is the lead ingredient. In 2006, Meissner et al explored the ways that a proprietary pre-gelatinized, organic Lepidium peruvianum chacon could influence hormones in postmenopausal women.7 This double-blind, randomized, placebo-controlled, outpatient, multicenter study collected data from 168 Caucasian women over 49 years old. Each individual self-administered either 1000 mg of maca root or placebo 2 times daily. Outcome was determined by measuring blood levels of reproductive hormones as well as self-documentation of the frequency and severity of hot flashes and overall symptoms. Those who consumed maca were shown to have significant increases in estradiol production (p<0.001) along with suppression of follicle-stimulating hormone (FSH) (p<0.05). In addition, maca significantly reduced the frequency and severity of hot flashes, as reflected  in menopausal rating measurements (p<0.001). Data also supported a statistically non-significant increase in HDL-cholesterol (p<0.05). It should be noted that a strong placebo effect was apparent in this study when looking at the self-reported symptoms. Nonetheless, the hormonal changes were unique to the treatment group. Therefore, maca root is a worthwhile treatment option to address the underlying hormonal imbalance contributing to hot flashes related to menopause.7

Another common botanical treatment for hot flashes is rhubarb extract derived from the root of Rheum species. Research by Hegar et al (2006) demonstrated that consumption of this plant extract may reduce hot flash symptoms.8 This was a multicenter, prospective, randomized, double-blind clinical trial that evaluated 109 women who were treated with either the extract of Rheum rhaponticum or placebo. After 12 weeks of treatment, there was a significant improvement in self-reported quality of life (p<0.05). Furthermore, MRS score and individual symptom scores significantly decreased (p<0.05). Treatment was found to be very well tolerated without any adverse symptoms.8 Long-term studies are needed to examine these botanical treatments for their safety and efficacy.

Homeopathy is a healing modality that may address a wide number of health concerns. An observational study in 2008 collected data from the use of homeopathy in 8 different countries to treat menopausal hot flashes, specifically.9 A total of 99 physicians and 438 patients were included. The most common remedies prescribed were Lachesis mutans, Belladonna, Sepia, and Sanguinaria. Overall, it was found that 90% of patients claimed lessening or disappearance of symptoms with the use of homeopathy care. There was a significant reduction in the frequency of hot flashes and overall discomfort (p<0.001), with most of these changes occurring within 15 days of homeopathic treatment. This data demonstrated that homeopathic treatment is safe and effective. However, more randomized controlled trials are needed.

Diet modification is an integral component in the treatment of hot flashes related to menopause. Phytoestrogenic compounds are abundant in the plant world and act like estrogen in the body. This can help to reduce the stress of low estrogen in the menopausal and postmenopausal period. The most common sources of these compounds are beans and legumes like flaxseeds, soy, alfalfa sprouts, and broccoli. Although these plants are regularly integrated into the treatment protocol, there is not much research supporting an absolute benefit. Lewis et al (2006) created a randomized, controlled trial that explored the influence of phytoestrogens on quality of life and hot flashes of women within 1-8 years after the onset of menopause.10 Eighty-seven women completed the trial. Each was prescribed 25 g of flaxseeds, soy, or wheat (control) daily for 15 weeks. Analysis was based on self-reported daily symptoms. Overall, ingestion of flaxseeds significantly reduced the severity of hot flashes when compared to placebo (p<0.001). This was not found with soy. However, the results were not significant when controlling for possible confounding factors.10 Therefore, more research is needed to accurately assess dosing and efficacy of these botanical compounds.

It is expected that KL will continue to improve with compliance to the subscribed protocol and lifestyle changes. The future plan includes polysomnography to monitor snoring and possible obstructive sleep apnea. The encouragement of smoking cessation is also essential, as smoking is a risk factor for severe hot flashes as well as cardiovascular disease.1 KL’s alcohol consumption – clearly related to her hot flashes – will also be a main topic of focus in future visits.

More insight on the pathophysiology of menopausal hot flashes is needed in order to holistically address the condition. Furthermore, additional data of the efficacy and safety of long-term use of natural treatments, as compared with to hormonal and pharmaceutical approaches, would encourage the use of alternative therapies.

The results of the current research as well as this case study support the use of a combination of botanical and homeopathic treatment for hot flashes related to menopause. This research is promising to bring relief to women who are not candidates for hormonal therapy. 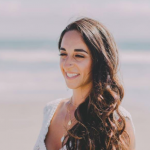 Ashley Segal is a 4th-year naturopathic medical student at Bastyr University California. Ashley obtained a BS in biology at San Diego State University. In addition to studying naturopathic medicine, she has trained in craniosacral therapy and functional neurology. She is a RYT-200 yoga instructor and teaches regularly in San Diego. Ashley’s clinical interests include neurology, mind-body medicine, and autoimmune disease. She hopes to create a healing retreat in Hawaii, where she will set up a practice. 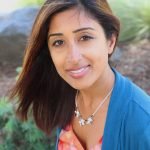 Baljit Khamba, ND, MPH, is a licensed naturopathic doctor in California. She is also a clinic supervisor at Bastyr University Clinic and a core faculty member at Bastyr University CA. Dr Khamba completed her (honors) Bachelor of Science degree (specializing in psychology), as well as her Masters in Public Health degree, at York University in Toronto. She received her ND degree from CCNM, also in Toronto. She was also involved with research projects at the University of Alberta on natural health product safety. Dr Khamba is a member of the American Osteopathic Association of Prolotherapy Regenerative Medicine. 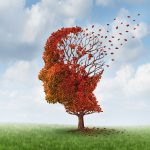 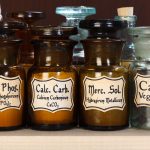