US Cannabis Regulation: What It Means for Naturopathic Doctors 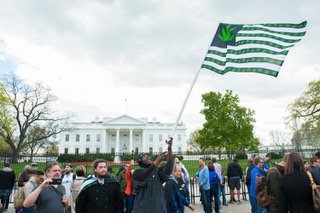 Much confusion exists regarding Cannabis, marijuana, and hemp. A better understanding of the terminology will help you to understand the legality.

The terms “Cannabis” and “medical marijuana” are often used interchangeably. Cannabis, however, is both marijuana and hemp. For example, marijuana and hemp belong to the Cannabaceae family, genus Cannabis L, and to the species Cannabis sativa.1 The difference between marijuana and hemp is that marijuana has a higher tetrahydrocannabinol (THC) content (which is known for its euphoric or psychoactive properties), whereas hemp has a very low THC content and is non-psychoactive. The varying amounts of THC are accomplished by growing different varieties of the Cannabis plant to be either low-THC hemp or high-THC marijuana. The 2014 Agricultural Act, also known as the 2014 Farm Bill, originally separated marijuana from hemp by the amount of THC within the plant. To be considered hemp, the amount of THC in the plant must be less than 0.3%.2 Prior to December 2018, the Controlled Substances Act (CSA) did not separate marijuana and hemp. The CSA defines marijuana as all parts of the Cannabis plant except for the mature stalks and sterilized seeds.3:

(16) The term “marihuana” means all parts of the plant Cannabis sativa L., whether growing or not; the seeds thereof; the resin extracted from any part of such plant; and every compound, manufacture, salt, derivative, mixture, or preparation of such plant, its seeds or resin. Such term does not include the mature stalks of such plant, fiber produced from such stalks, oil or cake made from the seeds of such plant, any other compound, manufacture, salt, derivative, mixture, or preparation of such mature stalks (except the resin extracted therefrom), fiber, oil, or cake, or the sterilized seed of such plant which is incapable of germination.3

Fortunately, due to the 2018 Farm Bill that was passed in Congress in December 2018, the definition of marijuana and hemp have been officially separated, making hemp no longer a “controlled substance.”

Marijuana (Cannabis) is classified as a Schedule I Controlled Substance.4 Such substances are not allowed to be prescribed by any type of physician in the United States. According to the Drug Enforcement Administration (DEA)’s Practitioner’s Manual,5

In states where medical marijuana is legal, physicians are allowed to recommend, certify, or authorize, but not prescribe.

If you have prescribing rights and wish to recommend, certify, or authorize for medical marijuana, it is recommended that you contact your state medical board for the most current status to see if naturopathic doctors are eligible in your particular state. 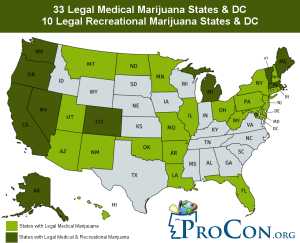 Synthetic THC cannabinoid formulas that are available for prescription include Cesamet, Marinol, and Syndros. Epidiolex is a cannabidiol (CBD) product available for prescription. Cesamet and Syndros are Schedule II; Marinol is Schedule III; and Epidiolex is schedule V. Sativex (THC & CBD) is another formula but is not currently approved for use in the United States.11

The End of Hemp Prohibition

The Agriculture Improvement Act of 2018, also known as the Farm Bill, was passed in December 2018.  This was a monumental victory in the United States. Hemp cultivation and processing has been restricted since the Marijuana Tax Act of 1937. Prior to that, the hemp industry in the United States was encouraged between the 1600s and the late 1800s. It wasn’t until the 1930s that the industry started to get demonized by powerful American industrialists that wanted it prohibited. Back then, hemp was used to make sails, rope, and clothing.12 Bringing hemp back as an agriculture commodity will present many opportunities for farmers, manufactures, and retailers. We will see more hemp nutraceuticals, personal care products, textiles, biofuels, paper, and much more. Hemp also has the ability to detoxify soil and can be used to produce non-toxic building materials; thus, its uses are truly endless.

In December 2018, the Senate passed the 2018 Farm Bill by a vote of 87 Yea vs 13 Nay. The bill was then moved to the House, where it was passed by 369 Yea vs 47 Nay. Upon passage by both the Senate and the House, the bill was sent to the President of the United States and signed into law. History was made, ending the federal prohibition on hemp and establishing it as an agricultural commodity.

Before the passage of this bill, hemp was still considered a controlled substance and was federally illegal. Previously, hemp and marijuana both fell under the Controlled Substances Act because they are both Cannabis and the CSA’s definition of marijuana included all parts of the Cannabis plant except for mature stalks and sterilized seeds.3 Hemp was only able to be legally distributed within the United States if it represented the mature stalks and/or sterilized seeds and products made thereof or if it was imported from a different country, just as long as the products didn’t fall within the CSA’s definition of marijuana.

The definition of hemp per the 2018 Farm Bill is stated as: the plant Cannabis sativa L and any part of that plant, including the seeds thereof and all derivatives, extracts, cannabinoids, isomers, acids, salts, and salts of isomers, whether growing or not, with a delta-9 tetrahydrocannabinol concentration of not more than 0.3% on a dry weight basis.13

The most important aspect regarding hemp in the 2018 Farm Bill was separating it from the definition of marijuana. This alone created many changes, removed restrictions, and opened many doors for hemp agriculture in the United States. The development and sales of hemp nutraceuticals will soon be bigger and better than what it seems to be today.

Many people have been under the impression that the 2014 Farm Bill made hemp legal in the United States. Unfortunately, this was not the case. In the Statement of Principles on Industrial Hemp, the 2014 Farm Bill did not remove industrial hemp from the CSA; as a result, it was still federally illegal prior to the current 2018 Farm Bill.15

Section 7606 did not remove industrial hemp from the controlled substances list.

The Farm Bill of 2014 simply defined industrial hemp as containing less than 0.3% THC and also authorized institutions of higher education and state departments of agriculture to grow and cultivate hemp for research under state laws.16

The FDA was sending warning letters to many companies, and many consumers and retailers got in legal trouble; we just didn’t hear about it. The law enforcement was minimal and mostly concentrated in states that didn’t have laws regarding CBD. Some of the states that were receiving enforcement action for CBD were California, Wisconsin, Indiana, North Carolina, Texas, Wyoming, Arizona, Alabama, Montana, Ohio, Iowa, North Dakota, South Dakota, and Missouri.17 These states had varying reasons for enforcement. Here are a few examples: CBD could not be contained in food products (California); CBD from other states could not be sold in dispensaries (Arizona); CBD with any amount of THC was not allowed (Texas); the purchase of CBD oil in another state led to felony charges (Wyoming); and retailers selling CBD were sent “cease and desist” letters (Alabama).17 The lack of widespread enforcement by the FDA throughout the United States was most likely due to the lack of resources in the FDA as well as the fact that CBD and hemp extracts are very safe and don’t pose a public health threat.18 (See the FDA’s statement on this in Table 2.)

Another reason the FDA was sending warning letters out and will continue to send those letters out is there is a widespread problem with false claims in regards to product descriptions and also what ingredients are actually in the bottles. This is a problem that will continue until more regulations are made.  It’s important to stay informed on what products you are using and where they came from.

The legality of CBD has drawn much confusion in the United States. The confusion lies in the terminology of Cannabis, hemp, and marijuana; differences between federal and state regulations; whether CBD is derived from hemp vs marijuana; and the percentage of THC in the plant.

Another problem with CBD legality exists, though. This problem arises with the Food, Drug and Cosmetic (FD&C) Act. According to the FD&C Act, “an active ingredient in a drug product that has been approved under 21 U.S.C. § 355 (section 505 of the FD&C Act), or has been authorized for investigation as a new drug for which substantial clinical investigations have been instituted and for which the existence of such investigations has been made public, then products containing that substance are outside the definition of a dietary supplement.”19 Since THC and CBD are both active ingredients in FDA-approved drugs (ie, Cesamet, Marinol, Syndros, Epidiolex), they cannot be sold as dietary supplements. (Please read the full excerpt from the FDA’s website in Table 3.)19

What About Hemp Extracts and Hemp Oil?

Many companies have started to use the term “Hemp Extract” instead of “CBD.” Since hemp was previously not exempt from the CSA and CBD cannot be sold as a dietary supplement per the FD&C, many companies started to sell “Hemp Extracts” instead. The problem with this approach is that prior to the passing of the 2018 Farm Bill, the only legal way to form the product was to extract it from the mature stalks and sterilized seeds of hemp plants. The mature stalks and sterilized seeds only contain trace amounts of cannabinoids.20 The excerpt regarding this from the DEA’s website is below. Please note that at the time of this statement, hemp was still included in the definition of marijuana; thus, any mention of “marijuana” also means hemp:

Many of the hemp extracts on the shelf that claim to be derived from stalks and seeds are hemp oil products with other beneficial ingredients, but not the sought-after cannabinoids. The companies will definitely change production now to include the whole hemp plant; however, if you are buying a product manufactured prior to the passage of the 2018 Farm Bill, I would be wary of its true ingredients if what you are looking for is cannabinoids.

The FDA is going to strengthen regulation for hemp products, but it will take some time to get things totally under control. Right now, it is the Wild West out there; millions of people have jumped at the chance to get involved with the CBD and Hemp Extract market, which has resulted in thousands of less-than-optimal products. Make sure your products are sourced from the whole hemp plant; have been properly tested for exact ingredients (ie, cannabinoids and terpenes), potencies, and contaminants; and ensure they are organic and were extracted using safe methods.

Disclaimer: The information presented here is not meant to constitute legal advice. Consult your attorney for advice on specific situations. 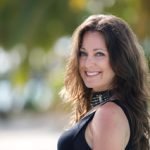 Shaon Hines, ND, is a licensed naturopathic doctor and a US Air Force veteran. Dr Hines is originally from Wisconsin, joined the Air Force right out of high school, and did tours of duty in Saudi Arabia and Qatar. She also served as Flight Sergeant for the MacDill AFB Honor Guard. Dr Hines earned her Doctor of Naturopathic Medicine degree from National University of Health Sciences in Lombard, IL. She is also a certified personal trainer, behavioral change specialist, master speed reader, and raw foods chef. 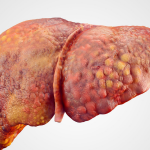 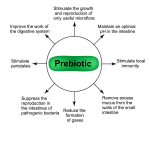