Our patients often have strong beliefs about medicine, particularly natural medicine and the advantages it provides over standard medical practices. Most of the time this is a good thing. This is why they come to us as patients. They pay our rent, so to speak. They aren’t the pragmatic patients who come looking for all possible options; instead, they are the ones who “believe” in what we do. The idea of evidence-based anything in such cases means nothing, and we’d be wasting our breath to mention published randomized controlled trials.

Of course, these are the same patients who tell you they’ve been “… doing research on the internet” and believe the cure for cancer is one of a list of improbable, unproven ideas. But let’s not go there in this article. I mention these patients because a new paper will prove challenging to explain to these patients, and may illustrate well how patients’ beliefs can get in the way of what might be considered sensible decisions.

In January 2018, the Journal of the American Academy of Dermatology published a study that asked whether aspirin use affected overall survival in patients with melanoma.1 The study’s authors took a retrospective look at 1522 patients who had been diagnosed with melanoma between 2000 and 2014. It was already clear, at least in mice, that prostaglandins produced by tumors and platelets in the blood promote melanoma progression. The authors wanted to know whether aspirin, which can lower platelet levels and prostaglandin production, might change the course of the disease. The patients in the study were followed through September of 2016.

The use of aspirin was associated with longer overall survival. Aspirin use reduced risk of dying by 42% (hazard ratio [HR] 0.58, 95% CI [0.45-0.75]). Aspirin did not change survival in patients with in-situ or stage I melanoma, but did improve survival in stages II and III disease by 55% and 43%, respectively (HR 0.45, 95% CI [0.24-0.82]; and HR 0.57, 95% CI [0.34-0.96]). Although stage IV patients trended toward better survival, the benefits did not reach statistical significance (HR 0.55, 95% CI [0.27-1.13]). It’s also worth noting that “… patients using aspirin before diagnosis were less likely to be diagnosed in stages III or IV disease.” One might assume that aspirin was also useful in early-stage disease; however, because mortality rates were lower in this group, statistical significance was difficult to reach.

Thus, at this point we can tell patients who have been diagnosed with melanoma that taking routine aspirin may cut their risk of dying from the disease by about half. This sounds almost too good to be true. And it might well be. Retrospective studies on things like this have an unfortunate habit of not producing similar benefit in more rigorous trials that are randomized and conducted prospectively. Deciding to take aspirin might, in fact, be associated with other health behaviors that alter the risk of dying from melanoma. People who take aspirin do so because they “want to do everything to stay healthy.” Thus, they might also do other things that could change their health, such as exercise more, eat more vegetables, and so on. Perhaps it is one of these behaviors that improves melanoma prognosis. But still, these data reported in this paper deserve some attention. Aspirin is dirt-cheap, safe, and has a long list of other health-protective actions. One could easily think this is a no-brainer.

Must It be Aspirin?

But aspirin? Naturopathic patients frown on aspirin, or at least my patients do. “I don’t believe in taking drugs,” they tell me. Not: “I prefer to not take drugs.”

These patients are fine taking “natural medicines” but are hesitant or refuse to take drugs. But what’s the difference? And what does it have to do with naturopathic medicine? Our patients assume that naturopathy means something about organic, non-GMO, non-pharmaceutical medicine. The principles we use to define naturopathic medicine don’t mention these distinctions. Nor do our attempts to actually define naturopathy, say, as “a medical practice that employs the vis medicatrix naturae to restore health” help us discern the difference between natural medicines and drugs.

And what about something like aspirin, which was initially naturally derived, once upon a time, in the pre-Bayer era? Where does that fit in? It seems we have 2 competing images of what naturopathic medicine is that we need to sort out. The more traditional image of naturopathy stimulating natural healing forces in the body, and the more modern image generated by the health food industry that wants us to purchase “natural” foods and live naturally? Naturopathy and “Natural” are like 2 intersecting hoops in a Wen Diagram – 2 different sets that may share some similar characteristics but are not necessarily the same thing.

And does it really matter? If aspirin will cut the risk of our melanoma patients dying by half, who are we to worry about principles and definitions? Isn’t our foremost obligation to provide suggestions that will keep these patients alive? The bottom line is survival, isn’t it?

It would be nice if we had something from our natural pharmacopeia that we could be sure was as effective as aspirin in this regard. Then this might become a moot question. In the meantime, we have an ethical obligation to not hide this information from our patients. 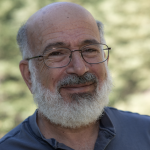 Jacob Schor, ND, FABNO, along with his wife Rena Bloom, graduated from NCNM in 1991; they have practiced in Denver, CO, ever since. Both have been active in state association politics, taking turns as president of the currently named Colorado Association of Naturopathic Doctors.  Dr Schor has also assumed various leadership positions in the Oncology Association of Naturopathic Physicians, has served on the AANP Board of Directors, and has periodically chaired the AANP’s speaker selection committee. He is Associate Editor of the Natural Medicine Journal and is a regular contributor to the Townsend Letter. Dr Schor was the first recipient of the AANP’s “Vis Award” and remains honored and humbled to have received such recognition. 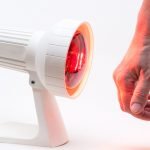 Red Light Therapy: How It Can Benefit Your Anti-Aging RegimenDermatology 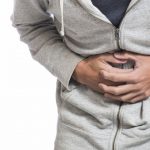 GI Distress in a Young Male: An Elegant Naturopathic Approach to a Complex DisorderAnti-Aging, Dermatology, Gastrointestinal