Linda shyly stepped into the office and sat down with a concerned look on her face. She felt guilty that she had been to see me some years before and had never returned for a follow-up visit.

I felt the need to assure her that it was OK. Interesting.

The complaint today was a cold sore. Well, not just any cold sore; this was a painful and tormenting issue.

Linda was getting herpetic eruptions almost constantly. They were being slowed and suppressed by frequent dosing with medications, but they were still there, often rather than constantly.

The eruptions were not confined to the lips, as we most often see. In addition, they might occur around the nostrils or above the upper lip and especially on the chin.

The pain would be awful, with rawness, burning, and soreness. The area might swell, and the submandibular glands would be painfully distended.

Being a lady and sensitive to her appearance, this frequent eruption made her shun social events. Even when she was not experiencing an outbreak, she was anticipating one. Going out into the sun was a grand production. She needed to rig up a surgical mask that would cover the whole vulnerable area because, with any more than a few minutes’ exposure to the sun, that familiar intense tingle would begin, to let her know that trouble was coming. The use of this “sunblock” meant she could garden for a couple of hours with relative impunity.

The pain, embarrassment, and frustration ruled her life. So far, the case looked like this in terms of a repertory chart.

I used the “anxiety of conscience” rubric in reference to her display of guilt on returning to the office. The other 2 rubrics are self-evident.

I asked if there were any other complaints at all (none were enumerated on the intake form). The answer was no.

I asked about the origin of this issue and any stresses around the same time. Initially, the answer was again no.

I tried a different approach. I established with as much precision as possible when exactly was the first remembrance of her cold sores hitting. First, the year was recalled and then the season. Next, we went into events that were close and discussed those.

It was as if we were uncovering layer after layer of recall. We tried to place other mentioned events on a time line in an attempt to revive knowledge of an etiology.

Then it happened. Linda had that look of insight that defies doubt. The first episode had followed the death of her father. She knew how to make a homeopath happy!

As you can see, this horse race has Natrum muriaticum as a front-runner. So, how to confirm?

Well, we have the sensitivity to the sun, the grief, and the cold sores. I would love to see the photophobia being distinct as well—yes. It would be nice if we had the craving for salt—yes. The thirst for cold water would placate me—yes! Now it’s not because I’m greedy, but the dwelling on the past or holding a grudge would be the cherry on the sundae—yes!!

Natrum muriaticum is our rising star. The certainty grows with each confirmatory symptom as we trudge through the process of taking a complete case history.

Now as to the posology, Linda informs me that she is highly sensitive to medications. There has been a lot of aggravation in the past on this account.

My prescription was Natrum muriaticum 6C diluted in 3 glasses of water. The dosage was 1 teaspoon every third day.

Linda has been back twice since then and is doing very well. There is at least a 60% improvement so far.

My objective herein is to demonstrate the scientific nature of homeopathy. A pattern of characterizing symptoms, especially in combination with differentiating symptoms, can point to remedies to be studied in the materia medica that will have a high degree of similarity to the patient’s illness.

The higher the degree of similitude, the greater is the healing response that is provoked in the system. The symptoms in the source materia medica used have been verified and are reproducible.

As NDs, nothing in our armamentarium is more scientific than this. Yet, some of our schools are marginalizing their homeopathic program, either by a lack of time or a lack of attention to basics.

Homeopathic literature shows that this form of medicine is enormously successful when skillfully applied. So, why are we ignoring this natural and very powerful medicine?

Probably it is because we all want to prescribe drugs. Our schools will soon need more time for their medical pharmacology courses.

We are sacrificing naturopathic education to introduce third-rate medicine. We lose both ways.

Joseph Kellerstein, DC, ND graduated as a chiropractor in 1980 and as an ND in 1984. He graduated with a specialty in homeopathy from the Canadian Academy for Homeopathy and subsequently lectured there for two years. He also lectured in homeopathy for several years at CCNM, for eight years at the Toronto School of Homeopathic Medicine, and for two years at the British Institute for Homeopathy.  Dr Kellerstein’s mission is the exploration of natural medicine in a holistic context, especially homeopathy and facilitating the experience of healing in clients. 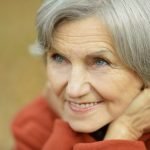 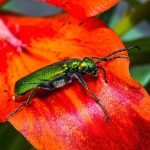