Researchers at Columbia University studied the relationships among folate, cobalamin, homocysteine and arsenic metabolism in 1,650 exposed people in Bangladesh, India. This exposure occurs throughout South and East Asia due to groundwater contamination of well water. A person’s ability to detoxify arsenic depends upon the activity of the methylation pathway, which in turn depends upon folate. The researchers found a direct relationship between arsenic exposure, the amount of methylated arsenic metabolites and folate levels. Furthermore, concentrations of homocysteine were negatively associated meaning high serum homocysteine levels correlated with poor methylation of arsenic. As increases of homocysteine are seen in deficiencies of folate, Vitamin B-12, and magnesium, this would be expected. These findings suggest a need for a public health program aimed at reducing arsenic toxicity, primarily providing B-complex vitamins to populations at greatest risk of drinking water containing arsenic. 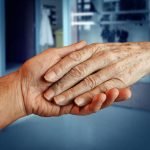 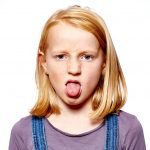 Would You Like a Side of Arsenic with Those McNuggets?Editorial / Opinion, Environmental Medicine, Mind/Body