A Degree and the Company it Keeps

All naturopathic graduates from CNME-accredited schools in the U.S. and Canada are able to put the letters “ND” behind their names. However, the Canadian ND is a diploma, rather than a degree. The credential is different because the higher education structures in the two countries vary. Reciprocity is in place in most regulated jurisdictions, even though the scope varies from state to province to state. Clinical theory and practice fundamentals remain on a fairly level playing field. Graduates can undertake the required state exams, which reflect differences in scope. In any case, though, understanding the differing educational environments from which these skills and knowledge arise is helpful in long-term strategies about professional formation.

For example, the naturopathic leaders in Pennsylvania (where an effort to achieve state licensure is currently in progress) have had questions from state legislators about potential Canadian applicants for licensure in that state, curious about the Canadian credential and the standard of practice it reflects. Not understanding the anomalies of higher education systems in different jurisdictions, the politicians turn for answers to the state committee for the profession. There has been no difficulty detailing those differences, of course, because of the utility of the CNME programmatic accreditation. However, it remains important for the profession to keep clear on such variations, since the delivery of naturopathic medical education is affected by where the programs are housed.

The naturopathic programs at NUHS (in Lombard, Ill.) or University of Bridgeport have a different institutional flavor than what has evolved, say, at NCNM, CCNM or SCNM. The student services resources, library resources, faculty and staff employment frameworks and institutional missions will vary, but the naturopathic curriculum will have a common texture because of the standardizing effect of the CNME. Across naturopathic programs in both universities and colleges, though, degree accreditation, governance and post-secondary funding are common terminology of higher education. The scholarly literature of higher education and institutional theory help us understand the varying nature of the degree credential that our programs and the colleges within which they emerged consistently defend and build.

Within the larger rubric of the characteristics of higher education is the question of degree accreditation in Canada and the U.S. The process is quite different in Canada than in the U.S.: The American process is characterized by state and regional accreditation processes blended with programmatic accreditation; while in Canada, particularly in Ontario and British Columbia, there is now access to the degree credential but via routes that differ from what, say, Bastyr or NCNM had to face when substantiating their credentials for the profession. There is no Canadian equivalent of regional accreditation for an institution. Student loan access is tied into provincial approval of BINM (in British Columbia) and CCNM as career colleges.

In Canada the “doctorate” in naturopathic medical education is a first professional degree and, like the MD degree, has an undergraduate status. Marshall and Eifert (2004) have compiled a national profile of provincial policies for degree granting that describes the relative homogeneity of approved accreditation processes in Canada. The literature related to this approach to “university status” and “degree granting authority” in Canada includes, for a start, Harris (1967), who, in the period prior to CCNM’s launch, described a “stage approach to achieving university status,” imagining a post-secondary universe characterized by “balance” and “apprentice institutions” moving along a path toward “autonomy.”

The long road to achieving degree status for the ND program in Ontario began with something called “affiliation policies” in the late 1960s and throughout the 1970s. These were espoused by John Robarts and William Davis (both premiers of the province of Ontario, and both senior cabinet ministers in the post-secondary portfolios, in sequence). Cameron and Royce (1996) traced this policy framework across those decades and into the 1980s and attributed to a later minister of the colleges and universities the notion of “pragmatic incrementalism.” The government had one eye on preserving the standards of the public universities and one eye on spawning new, independent, private institutions. However, the increments proved disappointing across time, such that some years later Skolnik (1987), in reviewing the affiliation record in Ontario’s higher education sector, asked the core question, “What is a degree anyway?” as he described the “mystical dimensions of the degree” to which CCNM and other CAM-based educational institutions, such as Canada’s only chiropractic college, had long and unsuccessfully aspired.

Indeed, numerous scholars, higher education officials and political leaders sustained dialog about the issue of post-secondary institution or degree accreditation. Richard Allen (1991), a later minister of colleges and universities, in an open letter to the higher education community spoke of the possibilities for “innovative ways for colleges and universities to cooperate.” As part of this continuum, an enduring conversation occurred about hybrid institutions with limited degree granting authority (Pitman, 1993), about the nature and utility of “applied and associate degrees” (Cohen and Braweer, 1984; Dennison, 1995; Skolnik, 1995; Marshall, 1995; Knowles, 1977), and even about the social mobility value of the degree over the diploma (Jshida, 1993; Blundell, 1995; Moore, 1995).

A half-decade after Minister Allen had envisioned inter-sectoral cooperation between the colleges and universities, Skolnik and Jones (1992) explained the status of those state control of degree granting at some length, reporting on the halting progress achieved. Terry Blundell (1995) and Barry Moore (1995) described the persistent need for access to the degree credential for students in the colleges of applied arts and technology. By 1999, professor Skolnik, who had written with regard to degree granting access by public and private colleges that “Fortress Ontario” had kept all gates closed with the 1983 Degree Granting Act, was proposing a vision of post-secondary education anchored in a system approach in which “all elements [were] treated as components of the whole” (1999). Meanwhile, CCNM continued to move forward depending entirely on the U.S. programmatic accreditor, the CNME, to maintain its link with the profession.

The Granting of Degrees

The question of institutional access to degree granting, a very important dimension of the evolution of our naturopathic medical education programs, is complemented by literature about a number of other characteristics of higher education. For example, Hanna (1998, 2000) provides a useful matrix outlining the most relevant of these characteristics of institutions of higher education. Noticeable is that many of these characteristics now are evolving within our naturopathic medical education programs across North America. The data show that many of these were present in the conversations occurring in the mid to late 1970s when the founders of CCNM and John Bastyr College were planning their school. Hanna’s list and an abbreviated version of The Carnegie Classification of Institutions of Higher Education (2000), both presented in the accompanying story, provide a stable platform on which to position our understanding of our colleges’ evolving institutional structures.

While characteristics such as a residential student body may seem self-evident, there are manifestations of student body, especially in the private sector, that are decidedly not residential. Athabasca University and the University of Phoenix, to cite both Canadian and American examples, have students who are resident only in the virtual sense of being online learners. These same institutions draw students from the so-called catchment areas of dozens of other institutions.

As well, even though Hanna’s list of characteristics is valid for many institutions, such as those delineated in the Carnegie Classification grid, there increasingly are exceptions to the categories. Union Institute, for example, out of Cincinnati, is a very popular, accredited post-graduate correspondence and online university whose faculty are distributed globally and for whom opportunities to teach in face-to-face settings, conduct public service and share in institutional governance are not specific to the institution for whom they often work in a part-time capacity. Even the notion of a central library resource is not always consistently the case with some higher education institutions operating currently. Union Institute has a library with significant although modest holdings; however, its students access resources in their local communities.

The Carnegie Classification system is another useful tool with which to frame the key characteristics of higher education. The first version of the Carnegie Classification was produced in 1973 and has gone through four revisions: 1976, 1987, 1994 and 2000, with yet another in the pipeline. It is, according to the Carnegie Foundation for the Advancement of Teaching, “the leading typology of American colleges and universities” and “the framework in which institutional diversity in U.S. higher education is commonly described” (www.carnegiefoundation.org/Classification/). While there are valuable categories in the typology for the higher education sector in Canada and Ontario, the diversity and complexity of institutions in the U.S. do not capture precisely the institutional universe in Canada or conjugate precisely across what diversity there is in the Canadian higher education sector.

For example, there are few counterparts to the baccalaureate and associate college categories in Canadian provinces. The “specialized institutions” category, however, is useful in classifying players in the private sector with the exception of medical schools and medical centers which, characteristically in Canada, are affiliated directly with multi-program and multi-campus public universities. There are, however, parallels in the “Tribal Colleges and Universities” classification, as exemplified in Ontario by the Six Nations Technical Institute on the Six Nations Reserve near Brantford, Ontario and by the First Nations Technical Institute on the Tyendenaga Reserve near Deseronto, Ontario. BINM and CCNM, meanwhile, continue to provide their graduates with diplomas rather than degrees because of the unique nature of the Canadian post-secondary landscape.

Abbreviated Carnegie Classification of Institutions of Higher Education, The Carnegie Foundation for the Advancement of Teaching, 2000

Harris R: A matter of balance. Association of Universities and Colleges of Canada, Proceedings Ottawa: AUCC, 7-27, 1967.

Skolnik ML: State control of degree granting: the establishment of a public monopoly in Canada. In LC Watson (ed), Governments and Higher Education: The Legitimacy of Intervention, Toronto, 1987, The Ontario Institute for Studies in Education.

Pitman W: No Dead Ends. Report to the Ontario Ministry of Colleges and Universities, Toronto, Ontario, 1993.

Skolnik ML: Upsetting the balance: the debate on proposals for radically altering the relationship between universities and government in Ontario, Ontario Journal of Higher Education, 4-26, 1995.

Skolnik ML: CAATs, universities and degrees: towards some options for enhancing the connection between CAATs and degrees. A discussion paper prepared for the College-University Consortium Council, January 1999.

Marshall DG: Speech notes: trends in university-college relationships in Ontario in the 90s. Paper presented to the provincial meeting of University and College Advisors, May 10, 1995.

Blundell T: Advanced training – No Dead Ends. A matter of credentials. Paper presented to the Instruction/Programs Committee of ACAATO, June 11, 1995.

Skolnik ML and Jones GA: A comparative analysis of arrangements for state coordination of higher education in Canada and the United States, Canadian Journal of Higher Education 63(2):121-142, 1992. 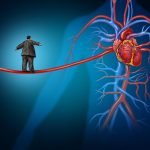 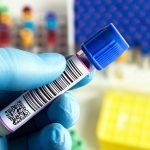