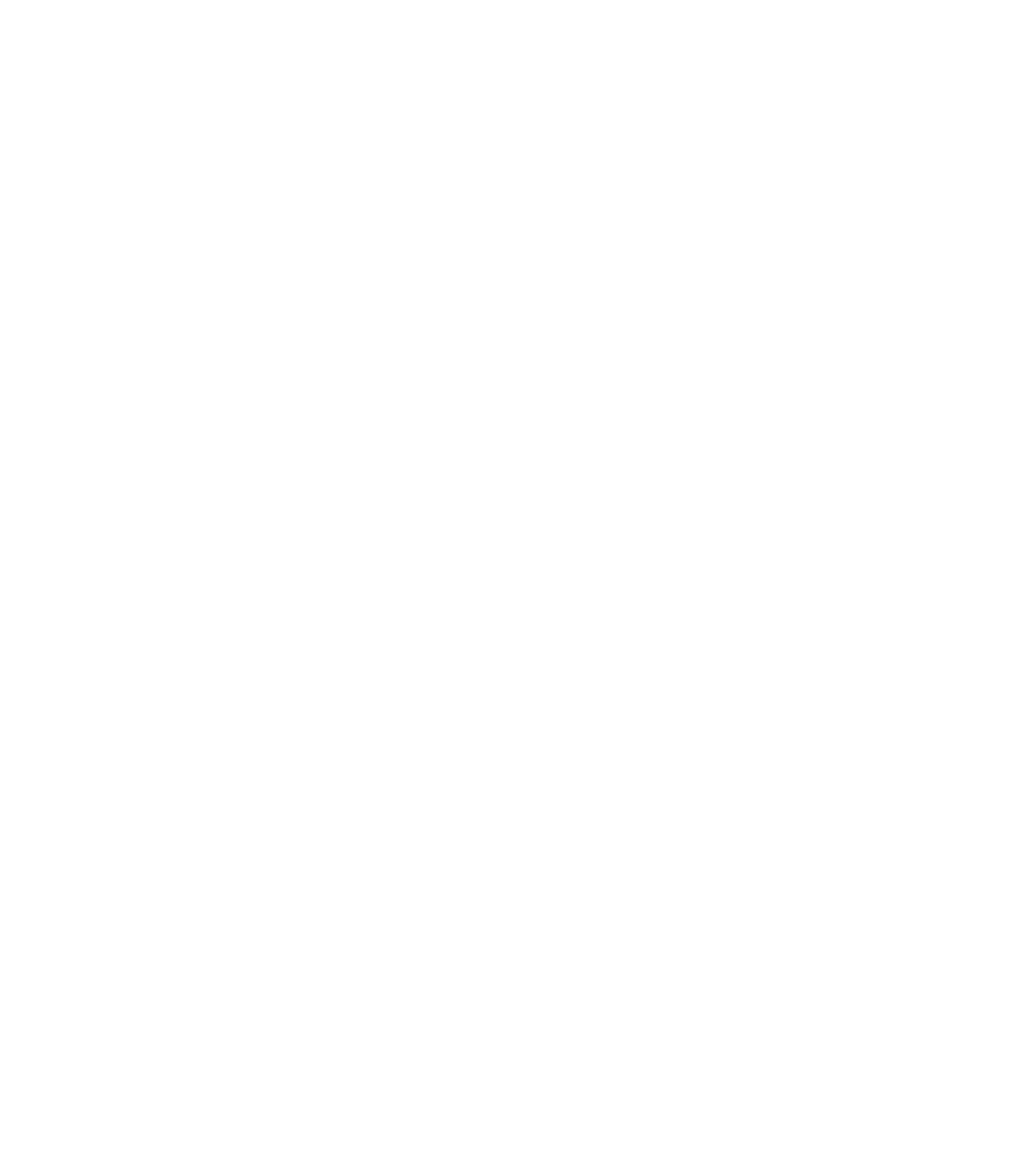 There is an exquisite medley of scholarship about the “idea of a university” (Newman, 1976; Flexner, 1968; Jasper, 1960; Frye, 1971; Jones, 1997b; Clark, 1983; Scott, 1984; Williams, 1992; Tierney, 1993). Some of its main ideas and developments remain embedded in naturopathic educational intentions and actions. These scholars have taught us a lot about the purposes and nature of the university, and about why professional training for the profession we serve should be located in them. A postsecondary setting for naturopathic education has endured in not only the curriculum structure of our schools and programs, but also in how and where we located them over the years in relation to the higher education landscapes in Oregon, Washington, Ontario, Arizona, British Columbia, Illinois and Connecticut. Even the early efforts to achieve programmatic accreditation standards were grounded in knowing we had to be in the higher education realm to survive. We started with stand-alone, single-program institutions. In the United States they became degree granting; in Canada the credential was a diploma.

Whatever the credential and institutional context for those early programs, ND leaders eyed university status or affiliation right from the beginning and continue to do so. The AANMC will want to take charge of moving quickly into a period of program expansion in the coming half-decade. AANMC leaders will want to reflect on how we can continue to achieve accredited, postsecondary status for our credentials and programs. It helps to have a look at the literature about the role and function of the university as an institution in civil society as we ramp up. It’s fun, for example, to begin with James Traub (1997) who makes the point that the traditional university “occupies a space that is both bounded and pastoral – a space that speaks of monastic origins and commitment to unworldliness” (p. 20). How did we move from such an idealized notion of the university to the struggle at the beginning of the last century to import professional training into the university world?

When Veblen and others in the early part of the 20th century enriched scholarship in more worldly and very new disciplines such as “social economics”, “business education”, and “engineering education” to be part of university program mix, they defended their quest with Veblen’s formulation of the ancient hierarchy of fundamental and applied knowledge in mind (1898, 1899). What they were doing was enhancing the legitimacy of professional training in applied sciences. In 1895, Dr. William Rainey Harper, the president of the new University of Chicago at the time, echoed Veblen and his colleagues when he insisted on the value of “scientific guidance and investigation of great economic and social matters of everyday importance” (Veblen, 1898, p. 116). By 1898 the College of Commerce and Politics had been founded in Harper’s relatively new university, offering practical business instruction. By 1902, Henry Hatfield was the first dean of the University of Chicago’s College of Commerce and Administration, a rare faculty in US higher education. The first doctoral program appeared a mere two decades later (lightning speed in the higher education world), setting the standard for comprehensive business curriculum. Very relevant to our world is that medical education was part of this effort to insinuate applied arts and science programming into the university landscape. Flexner had not yet done his work assessing the standards and quality of medical education, including premedical programming, which he wanted established in bona fide university environments.

Today we know that this movement has had a profound effect on the establishment of professions in the United States and Canada. We are aided in understanding this phenomenon by taking into account what Schön describes as “the split between the technically rational world of the disciplines, on the one hand, and, on the other, the reflection-in-action of competent practitioners”, (Schön, 1987). In such a postsecondary universe, the challenge for the planners and implementers of a higher education, naturopathic medical college was formidable. Research as a priority, though, took many decades more in the naturopathic field to take root before becoming a part of the mission at NCNM, Bastyr, Southwest and CCNM. This had also been the case in allopathic medical education, and other applied arts and sciences such as business and economics (Ludmerer, 1999). There are many references to debates and conversations which have occurred over the years at many of our colleges as teachers, administrators, clinicians and students wondered about how to make sure naturopathic education had credibility and currency in a postsecondary or higher education home.

Whereas one voice might call for constant attention to the application of recent research to clinical use in the field, other voices may call for a return to intuition and a tradition of respect for a natural world where the clinical pearls of our elders are as important as science-based medicine. On balance, however, these voices all wanted our graduates to be part of a credible higher education system preparing naturopathic doctors for regulated, prized careers in medicine. Even so, early college leaders, the data reveal, were not always clear about where their schools might land in the broader canvas of university institutional systems or how to keep them there safely. Approved degree credentials were one issue. Access to student loans was another.

Bringing context and momentum to this ongoing discussion within those early college communities, the literature of higher education is abundant on topics such as the development and purposes of the university (Cameron, 1978; Jasper, 1960; Frye, 1959, 1971; Ortega y Gasset, 1944; Pelikan, 1992; Whitehead, 1967; Jones, 1997b; Konrad & McNeal, 1984; Scott, 1984). Duderstadt, at the beginning of the last decade, summarized the university’s purposes as follows:

Before and after they opened any classroom doors, the founders of our various college programs and schools discussed at great length what form the institution should take, or where in an existing institution the program should reside; that is, would they find a location within the academy and emulate the professional medical faculties of the university, or would they resolve long-term into stand-alone professional schools outside the higher education terrain? In response to these fundamental questions, the literature is generous. In its treatment of issues related to the role of the university as an institution in modern times, whether in responding to the education and training needs of North American society; to the research demands of the country’s transforming, knowledge-based economy; to criticism about the faltering quality of higher education institutional performance; or to the transforming nature of the various states and provinces’ postsecondary universe (Bloom, 1987; Sykes, 1988, 1990; Shaw, 1989; Kimball, 1990; Anderson, 1992; Skolnik, 1997; Jones, 1997a; Duderstadt, 2000), there is no shortage of analysis, nor of prognosis.

Certainly, the leaders of the colleges concentrated repeatedly in the various stages of their development on the tug between medical career education and the broader goals of structuring the program and its teachers for a university context where scholarship and research play key roles. Important grounding for this tug of war is our understanding that a wide range of postsecondary players assembled during this period not only on the public side into an orderly binary structure, but also on the private side into a diverse, crowded sector.

Scholars trace the larger history of higher education (Brubacher, 1965, 1977) representing it as a “system” (Clark, 1983). As Brubacher, for example, moves from landmark to landmark in that loosely affiliated system, especially in the United States, his survey of the history of higher education reinforces understanding of its purposes (transmitting recondite experience from one generation to the next, critically evaluating the state of existing knowledge, and exploring new frontiers of learning). To these Duderstadt contributes his list of purposes for the university, cited above, and Ruch (2001) adds the “time-honored, laudable ideals – shared governance, the life of the mind, learning for its own sake” (p. 34). Our early ND leaders, in any case, were eager to understand how to access the world of higher education and at the same time not lose the identity and roots of the codified knowledge of nature cure from which our college level programs sprang. They also knew that we had to get plenty of high-quality graduates out into the field to stake claims in the complex, competitive terrain of primary care and health promotion.

Anderson, M. (1992). Imposters in the temple: American intellectuals are destroying our universities and cheating our students of their future. New York: Simon & Schuster.

Bloom, A. (1987). The closing of the American mind: How higher education has failed democracy and impoverished the souls of today’s students. New York, NY: Simon & Schuster.

Frye, N. (1959). By Liberal Things: Address by H. Northrop Frye on the Occasion of his Installation as Principal of Victoria. Toronto: Clarke Irwin.

Jones, G. A. (1997b). Research on higher education in a decentralized academic system: The case of Canada. In J. Sadlak & P. G. Altbach (Eds.), Higher Education Research at the Turn of the Century: Structures, Issues and Trends (pp. 189-208). New York, NY: Garland.

Shaw, P. (1989). The War Against the Intellect: Episodes in the Decline of Discourse. Iowa City, IA: University of Iowa Press.

Schön, D. (1987). Educating the Reflective Practitioner: Toward a New Design for Teaching and Learning in the Professions. San Francisco, NY: Jossey-Bass.

Veblen, T. (1898). Why economics is not an evolutionary science. The Quarterly Journal of Economics, 12. 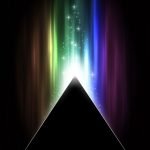 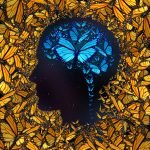