Oh, the Possibilities! Trustees, Clinicians, and Teachers on the Same Page

Assembling the fundamentals was blisteringly hard work in those days – an era of huddling enclaves, fines, imprisonment, and detraction. Was getting SCNM on the move in 1993 any more complex for Michael Cronin than getting the program at NUHS underway a decade later for Fraser Smith? Probably. Even so, those pioneers rolled up their sleeves and created what they saw just over the horizon. All our champion leaders, whether in 1901, 1956, 1978, 1993 or 2004 (all pivotal and historic naturopathic years), kept at it for years with one eye on the future and, likely, one eye on the past. After Lust and his contemporaries began the work of establishing the profession in North America, they always took care to look back in varying degrees to the foundations they inherited from Kuhne, Kneipp, Priessnitz, Baruch, Kellogg and others. They also knew that decades of effort lay before them. Without question, they achieved important milestones along that path. “Progress before and progress ahead,” Bill Mitchell used to say, when answering another, not entirely rhetorical question about the interesting times we live in: “It’s harder to make progress these days, isn’t it?” Despite the setbacks along the way, which are the stuff of legend and courage.There is a wish which all good naturopathic medical elder educators have been known to take turns suggesting to the next generation of ND leaders, albeit in a friendly way. They have been overheard to say that these youngsters should be so lucky as also to live in interesting times. Why, though, are some “times” in the history of naturopathic medicine more interesting to live in than other times? As well, why would any naturopathic medical educator, clinician, or administrator wish more interesting times on another than s/he has experienced? Both questions beg the further question: Is our era any more challenging than another era? For example, were the formative years of naturopathic medical education – say, when Lust was putting together his first school in New York, or when the later pioneers who rekindled the profession got NCNM, Bastyr, CCNM, and SWCNM going – harder-slogging than what our naturopathic medical educators and trustees face today?

Milestones for the Record

Along the way, our ND champions let the clutch out more than once on the naturopathic professional formation highway. They steered straight at an optimistic, distant future, with their vision, hard work and philosophical integrity. Before long they had generated a definition or two for the medicine (foundation and backstop, for identity and brand). Their work continued well into the 1980s and continues to resolve in our “time,” since naturopathic medicine is not yet understood broadly in the land. Our “time” is perhaps made more interesting because of certain detours, potholes, and speed traps. Even in our era when “integrative medicine” is hijacking the natural modalities which the allopaths formally ridiculed for decades and now are busy co-opting, the road is there before us to navigate.

Those same early champions and their successors kickstarted accreditation to guide our route. We have been able to move our earlier “permission to operate” (charge students to study, give graduates a credential) from state vocational and private college training categories to the more robust professional school credentials of the Department of Education-affiliated programmatic accreditors (leading to registration/certification and licensing platforms, as well as access to financing for high-quality didactic and clinical training). The business of professional formation (foundation and engine for growing legitimate naturopathic medical practice nationwide) is now more possible in ways which Lust, Lindlahr, Havard and the others could see, but couldn’t reach back then. After the first half-century of exhausting, painful beginnings came a second half-century of encouraging progress. We now have 7 enduring institutions and 8 successful program sites. We are not easily detoured, stopped, or distracted these days.

Our days, then, are indeed “interesting times” for reasons different than those which our forebears would have used. What lies ahead are some ambitious destinations. We need 3 times our current capacity to keep the journey unfolding. We need 25 programs, 25 licensed states, and 25 000 naturopathic doctors in the land to secure and sustain our voice and our vote in the healthcare landscape. Interesting work indeed. However, how is the professional formation burden different today than before? Try the following: willy-nilly biomedicine co-opting rather than rejecting our modalities everywhere; aging and diverse populations overmedicated and increasingly overweight; underserved populations in rural and urban areas; burgeoning chronic disease and disability; costs spiraling in primary care, and hospital support ratcheted even higher by entitlement and delivery systems riveted to disease management rather than genuine prevention; continuous misfires in applying the magnificent abundance of advances in diagnostics, therapeutics, and health information technology; and the elegant possibility of restoring natural medicine theory and practice to a healthcare landscape which is yearning, like a stream for the sea, for genuine access to holistic medicine, inspired by patients who have had enough reductionism and want change now.

What next, then? Naturopathic medical educators and profession leaders will invariably keep on keeping on. During this continuing journey, they increasingly strive for a coherent, consensual voice in articulating the roles of safety net providers, coordinated care organizations, academic health centers, and hospitals whose wacky pricing practices harm funding. One tool among many in this developmental stage is to gather our “governors/trustees/directors” to compare, contrast, and share experience, knowledge, and resources on matters of educational policy and practice. There have been gatherings of clinicians and teachers and administrators over the years, but not a gathering of our directors of the boards of our colleges and universities. We have had naturopathic leaders come together for many years in the form of the Naturopathic Coordinating Council and its equivalent north of the border – the Canadian Naturopathic Coordinating Council. However, we have so far not invited as a group the governors, directors, and trustees in service to our programs and institutions. We have not asked them to jump into the professional formation effort directly. The AANMC (Association of Accredited Naturopathic Medical Colleges) and the AANP (American Association of Naturopathic Physicians), whose joint missions increasingly have been about positioning naturopathic medicine in North America for the long haul, are in a good position to do just that.

The AANMC and the AANP: First Cousins with a Mission

Officers representing the AANMC and the AANP could invite representative “governors/trustees/directors” to a special think tank/symposium in which the officers strategize about the 4 biggest challenges facing the profession on the road to establishing naturopathic medicine as broadly recognizable and accessible:

Removing political instability at the licensure-accreditation level of government

Establishing naturopathic medical education programs in the higher education, professional preparation tracks of universities and colleges, both public and private-not-for-profit

In an effort to think through together the complex, tricky road to professional formation, the participants in the think tank could explore how best to accomplish these top 4 challenges on this continent (professional formation looks very different in the UK, Europe, Asia , Australia, and New Zealand). The group could also study and refine our assumptions about the barriers to a coherent scope across different states and provinces. As well, a vigorous and important discussion could occur about how to keep vitalism present in the identity of naturopathic medicine in the 21st century.

No doubt the conversation will include competency profiles and curricula outcomes, coupled with reviews of variations across our colleges and programs in the didactic and clinical education experiences, both during degree preparation and in post-graduate medical education residencies.

An AANMC/AANP think tank will inevitably zero in on policy and advancement (development). A policy emphasis means understanding how our licensing efforts vary and how we might build on the work, say, of the AANP’s advocacy toolbox. It may include suggestions to our naturopathic education leaders for assuring that our upcoming students understand better how regulation and licensing affect their careers. An advancement (or development) emphasis means helping those same associations raise influential friends and sufficient funds to get the job done. These directors, in any case – whose principal role is governance, involving policy formation, fundraising and networking outreach – will have come together in such a think tank with officers from the national association and officers from the association representing naturopathic academic medicine to focus on the 4 challenges and then to keep that focus top of mind in the work of every college program, of every state licensing board, and of the national and state associations.

This busy think tank group might even consider proposing a new body to help in the overall professional formation effort. A steering committee could work out the nuts and bolts of establishing 2 new groups to help sustain professional formation efforts: a federation of naturopathic licensing and certification boards [FNLCB], whose mandate could be to act as a database holder, information resource, and even a specialized task force advising the AANP, state licensing and certification boards, and government agencies and other health care professions about matters of scope policy, specialization, and continuing education related to the naturopathic medical profession. 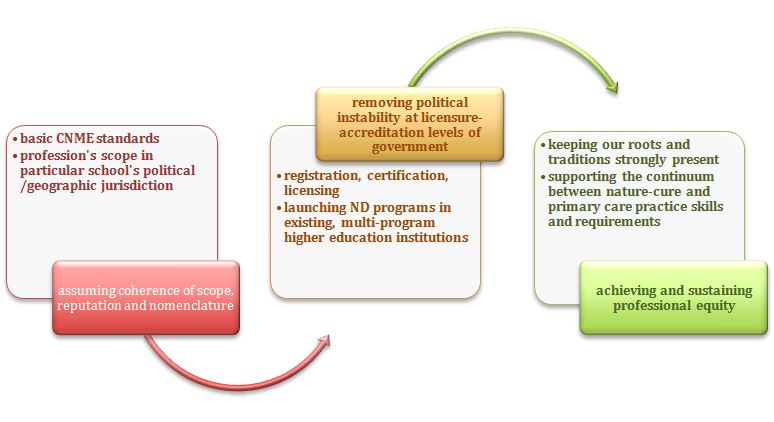 This broad framework to ramp up professional formation efforts is within reach, given the likelihood of an expanding school and program network in North America (2014 – 8 ND programs; 2016 – 9 ND programs; 2020 – 10 ND programs), the continuing inclusion of naturopathic professionals in integrative clinic venues, and an increasing medley of professional employment opportunities for our graduates, such as the following:

Oh, the possibilities of having governance-focused individuals weighing in directly with our clinicians and teachers to help in our own interesting times! 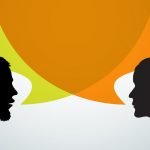 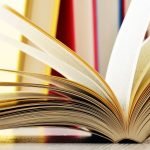