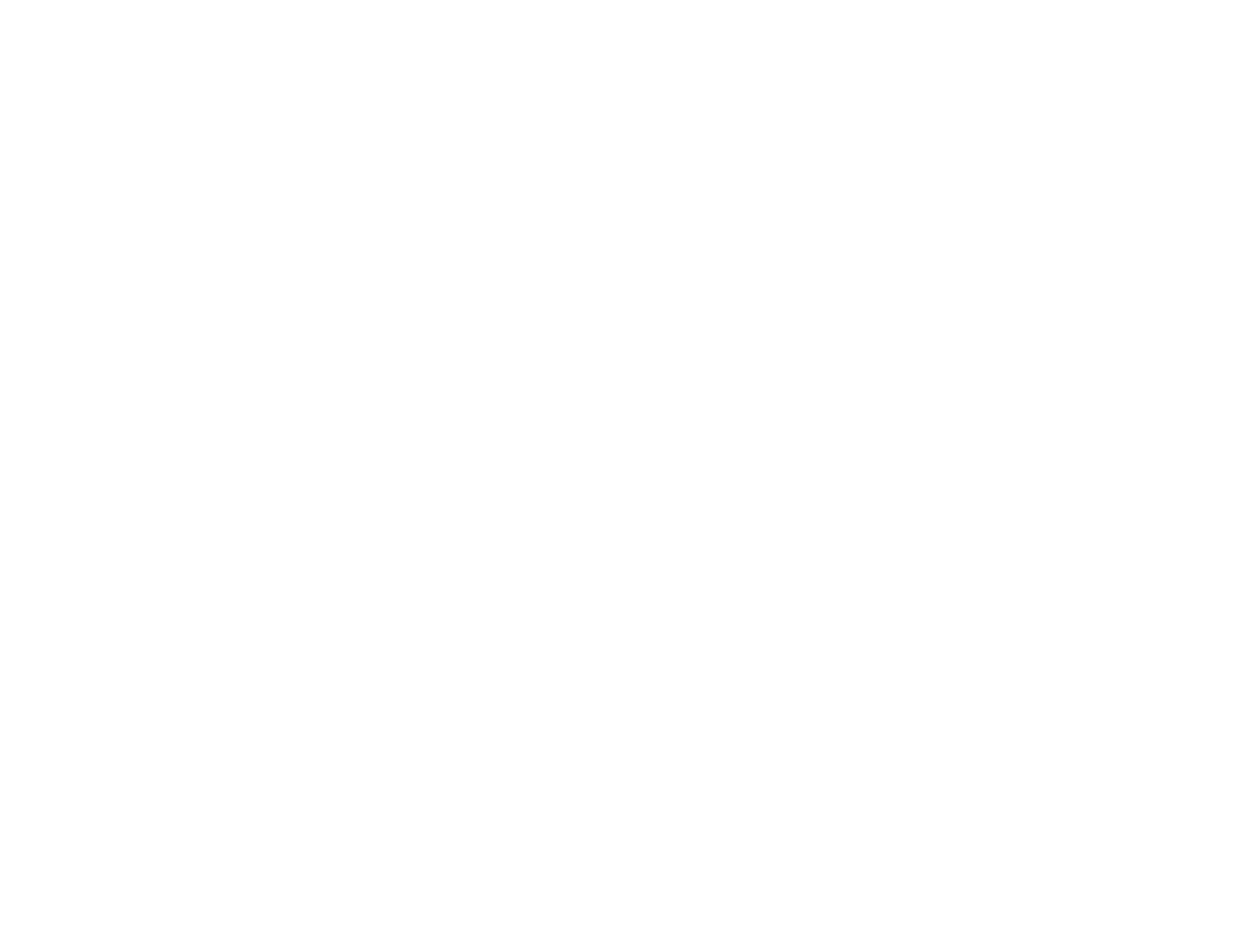 Research and Naturopathic Academic Medicine Service and Science in Cahoots

The recent literature about academic medicine continues to reinforce the primacy of research as a foundational and sustaining activity for the naturopathic medical profession. There are always new voices and new points of view emerging that help us understand the urgency and the nuances of the accompanying parallel question: Should we not be focused on service rather than on science? The din in that literature, though, is more often than not about which types of research should get the most attention. Bligh (2003), Colliver (2003), Whitcomb (2002), and Reeves, Levin, and Swarenstein (2006) are among those scholars who have written extensively on this matter. As a case in point, Mathieu, Hodges, and Regehr summarized the issues as follows:

Must research in medical education maintain a heavily applied orientation (responding to the needs of faculties of medicine in the education of doctors) or should it be more open to theoretical questions?

To what audience should researchers target their work: clinician educators, university administrators, or the community of university researchers at large?

Could other, less frequently used methods such as qualitative research methods produce results that are as legitimate as quantitative methods? (2007, p. 103)

As every dean of schools in the Association of Accredited Naturopathic Medical Colleges knows, there is pressure on the naturopathic profession from all quarters to generate research. The impetus comes not only from our having to demonstrate scientific gusto for theory and practice as we stickhandle our way into “integrative medicine” but also from other disciplines such as psychology, kinesiology, and education itself, with an accompanying plethora of research models and benchmarks pointing the way to success. At the same time, our deans report other variables affecting curriculum design and content, not the least of which are the shift in some states more dramatically than in others from secondary to primary care, accompanied by the imperatives arising from naturopathic medical response to chronic conditions in their aging patients, associated as these are with what NDs have known well for many decades about the cumulative impact of lifestyle factors. There is also the consumerist edge to healthcare exacerbated by the proliferation of so-called integrative approaches to healthcare provision. As a backdrop to these trends, there is the growth of development in drugs, therapies, and medical technologies with which practitioners must keep up, relying as best they can on research outcomes when and if these translate into clinical practice.

Naturopathic medical education is in transition, incorporating more and more elements of a scientific knowledge approach along with our historic embrace of holism. These shifts mean pressure on course content and changes in learning design, emphasizing the basic methodology of clinical research and study design, including clinical research methods in epidemiology, biostatistics, and database management, as common examples. While naturopathic professionals have long known that communication skills and interpersonal skills have to be coupled with significant clinical skills in order to achieve success with patients, the need for the profession to include among its collective repertoire of skills and tools, research capacity, and translational research data and outcomes is strong and getting stronger. In such a landscape, our ND students now learn about basic biostatistics, including database establishment, descriptive statistics, graphical display of data, simple hypothesis testing, categorical data analysis, sample size estimation, and introductory regression analysis, among other contents and techniques. This is occurring because our profession is under the gun to publish in scientific journals and because our students and faculty who get research grants know they will be lauded. We create new programs of study (such as the master of science in integrative medicine research degree at National College of Natural Medicine [Portland, Ore.] and the proposed new master of science in food as medicine in that same college). In the field of academic medicine and in the field of higher education, we confront commentary about “legitimate” science and about the yearning to be given the nod by biomedical researchers in the form of peer-reviewed journals and grants. In so many ways, and perhaps by default, service and science are very much in cahoots.

The literature of the professions attests not only to the critical importance of this research priority in professional formation in the healthcare sector but also to the interdependence of the primary healthcare professions with suppliers of the products and instruments of medicine that grow out of such research (Ludmerer, 1999). We talk about avoiding the errors that allopathic academic medicine has made for a long time in this regard and want to opt for applied studies that focus on patient wellness and prevention, respectful of the vis. At the same time, we want to shun opportunistic work that has more to do with career interests than with service to patients and strengthening practice. And finally, we tend to be uncertain of the theoretical frameworks within which our research work can and should occur, especially if our efforts, modest as they are to date, are pragmatically focused but also grounded in the principles and philosophy of naturopathic medicine.

Meanwhile, the operational and political dimensions of what are essentially the formative years for our schools and programs make this research challenge sticky and complicated. We know there are serious gaps in research training. Methodological problems crop up all the time. Mathieu et al. explained:

Certain researchers tend to use methods taken from clinical research, and in particular randomized trials, in the domain of social sciences, without questioning the implications of such a transfer. This practice has detrimental effects on the quality of research, in particular on qualitative research; which requires specific methodological competencies. The participants attributed this tendency to transpose methodologies from clinical research into medical education research to a lack of education of the researchers themselves. (2007, p. 105)

While the naturopathic profession is calling for more research capacity and action, it does so almost unconsciously donning the garb of the university professional schools. A reflective practicum and a reflective curriculum simply do not fit snugly into the existing research system beckoning us and the actual capacity of the naturopathic colleges. With Veblen’s formulation of the ancient hierarchy of fundamental and applied knowledge in mind, but taking into account what Schon (1987, 1995) described as “the split between the technically rational world of the disciplines, on the one hand, and, on the other, the reflection-in-action of competent practitioners” (Schon, 1987, p. 43), the challenge for the planners and implementers of a higher education naturopathic medical college is more formidable than ever. We are reminded by medical historians such as Ludmerer (1999) that research as a priority has not served the primary healthcare practitioner at all times and that we must be on guard. The literature about professional formation provides the glue to keep us balanced as we navigate through these contrary imperatives.

Arguing that there needs to be an “intrinsic relationship between a field of specialized knowledge and an occupation” (Ben-David, 1972, p. 32), Ben-David acknowledged the primacy of “appropriate and accompanying research,” but he also focused on “consistently demonstrated endurance and responsible behavior” as the hallmarks of a reliable, responsible professional, notwithstanding any “excellence and volume in research.” Ben-David pointed out, too, that this “frame” has invariably been linked to a classical education in the past. His ideas are surprisingly aligned with the ideas naturopathic medical academics frequently discuss. Dr Le Plante and Dr Gordon Smith, for example, founders of Canadian College of Naturopathic Medicine in Toronto, Ontario, were adamant as early as 1979 that “our new school must graduate responsible doctors, for whom research is important, but the patient is more important, and the principles of naturopathic medicine are the most important” (Dr G. Hersov, unpublished letter to the regulatory board, Board of Directors of Drugless Therapies–Naturopathy, June 13, 1979).

Some observers feel that it was only when professional education is entrusted by governments to “academic institutions rather than to apprenticeship and courses organized by the professional associations” (Ben-David, 1972, p. 37) that a shift away from the priorities of the profession as a body of practitioners with social and economic objectives began to occur. Alas, the academic institutions prize research (science), often for its own sake, at a cost to service. Clearly, then, from the beginning it was established that the aspiring naturopathic research professional would eventually have to go to a university, the only institution where, as Ben-David pointed out, “scientific and scholarly education on an advanced level [could] be acquired” (1972, p. 56) and where “academic teacher-researchers” train the aspiring professionals (reflecting the best practices of the German and British educational systems). By the same token, if the naturopathic researcher cannot go to a university (because most do not value his or her credentials), then the naturopathic college must become more like the university. Emphasizing where this pressure comes from, Ben-David explained, “a paucity of research can be a serious threat to higher education and to the professions it serves,” threatening to “empty scientific professionalism of its contents and undermine its charisma” (1972, p. 69). The point is that our colleges and programs have faced the enduring question about the need for professional education to be increasingly scientific, at the root of which is clamor for sustainable research activity in the base budgets of our colleges and programs. A biomedical sciences base and a research mission for our schools have been on the agenda since the beginning and continue to this day.

The naturopathic colleges in Canada and the United States are aligned, despite the impossible challenges of funding and competition with the larger research enterprises, with scientific professionalism, despite protestations over the years about holism and “natural” health systems and treatment designs. The continuum of curriculum is not dissimilar from the mainstream allopathic curriculum structure (Figure) and could welcome a place for research activity, either in the form of scholarly concentrations building on basic science, within the core curriculum itself, or in the clinical science segment of professional preparation that Schon (1987) describes so eloquently. He depicts the normative curriculum as a sequence of structured learning in which students spend almost 2 full years in a basic sciences curriculum, followed by applied science, and then a technical skills practice continuum that the naturopathic colleges call clinic. Throughout these three stages, there is room for research components, skills building, and acclimatizing to the world of the research university. This continuum is completely consistent with professional allopathic schools but is at odds with our roots since “service” launched the naturopathic medical enterprise and the urge to enhance service with science manifested later, many insist. And, adding salt to the bruising we take because there are those who insist that we are behind in our efforts to give science its due, Schon pointed out, too:

[T]he relative status of the various professions is largely correlated with the extent to which they are able to present themselves as rigorous practitioners of a science-based professional knowledge and embody in their schools a version of the normative professional curriculum. (1987, p. 9) 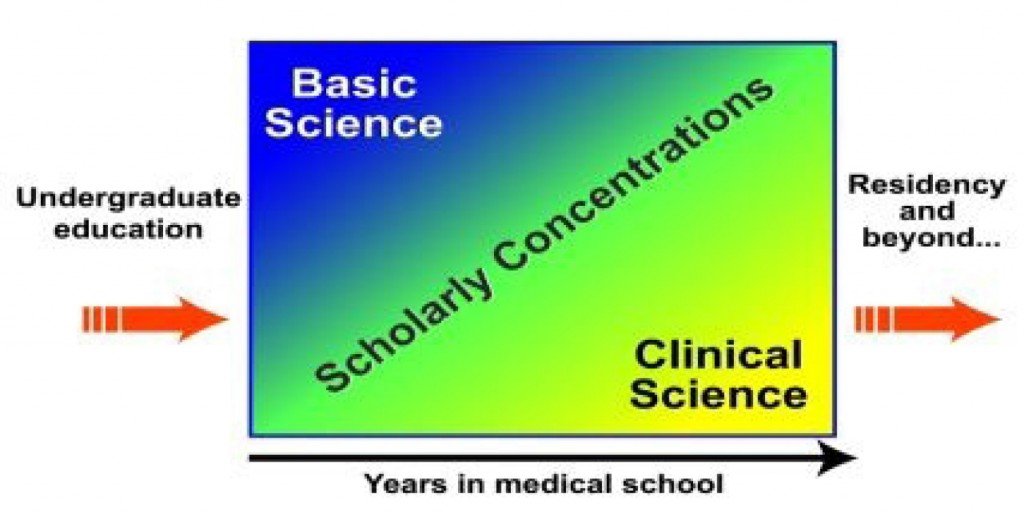 Schon’s position is that the contemporary professional school’s normative curriculum “leaves little room for reflection-in-action” (1987, p. X) and that we are left with the tension between the practitioner and the medical academic, particularly in terms of the primacy of research.

This issue would make a wonderful conference focus for the American Association of Naturopathic Physicians sometime soon. Perhaps the new Association of Accredited Naturopathic Medical Colleges itself can champion such a symposium even sooner in order to assist our programs in coherent development from coast to coast in North America.

Hersov, A. (1979). Unpublished letter to the regulatory board, Board of Directors of Drugless Therapies–Naturopathy, June 13, 1979. Canadian College of Naturopathic Medicine archive.[AU: SHOULD A. HERSOV BE G. HERSOV?] 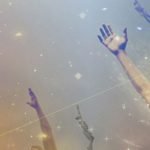 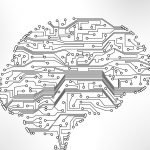