As NDs, we are acutely aware of the delicate balance within the endocrine system and how that balance affects one’s health. Understanding the connection between the hypothalamus, pituitary and adrenal glands is crucial when treating a patient with symptoms that point to an endocrine imbalance.

Typically, whenever thyroid dysfunction exists (i.e., hypo- or hyperthyroidism), so do adrenal gland weaknesses. Because the thyroid and adrenal glands work in tandem, it is vital that they be treated simultaneously.

The adrenal glands produce a large number of hormones. The adrenal cortex produces corticosteroids that include the mineralocorticoids, glucocorticoids and gonadocorticoids (androgens). Under prolonged stress, levels of the primary glucocorticoid, cortisol, are elevated; this elevation increases blood pressure and blood sugar levels and suppresses the inflammatory response of the immune system. The androgen DHEA is thought to counteract the negative effects of prolonged elevated cortisol levels, such as immune suppression and impaired cognitive function. However, data is scarce on long-term use. The adrenal medulla is the principle site of the synthesis and release of the catecholamines adrenaline, noradrenaline and dopamine.

Low adrenal function may be caused by deficient corticotrophin-releasing hormone (CRH), or by adrenal fatigue. When humans were hunter-gatherers there were long periods of time between exposures to stress, where the body could recover. Today, the fight-or-flight response is activated so frequently throughout each day that for most people, the body never gets a chance to recover and levels of stress hormones become chronically elevated. This situation has a negative impact on thyroid function, since elevated cortisol can inhibit conversion of T4 to T3 and can decrease TSH output. This may be the body’s way of conserving energy and slowing down metabolism (Teitelbaum, 2001).

Under chronic stress, the adrenal glands cannot keep up with the demand for hormone production due to exhaustion of nutritional reserves or damage to the glands themselves, resulting in low production of adrenal hormones and resulting symptoms such as fatigue and hormone imbalances.

A uterine leiomyoma (fibroid) can form on the interior muscular wall, as well as on the exterior of the uterus. Symptoms can include: menorrhagia, with the likelihood of anemia; shortened menstrual cycles; metrorrhagia; fatigue; increased vaginal discharge; painful sexual intercourse; and pain or pressure in the bowel or bladder.

Since fibroids tend to increase during pregnancy and decrease during menopause, presumably due to fluctuating levels of estrogen, uterine fibroids are considered to be estrogen-dependent (Pollow et al. 1978). Alterations in estrogen metabolism within the fibroid itself may play a role in fibroid growth. Concentrations of estrogen receptors in fibroid tissue are higher than in surrounding myometrium, but lower than in the endometrium (Wilson, 1980).

In hypothyroidism, there is increased activity of the pituitary gland aimed at trying to stimulate the thyroid to produce more hormone secretions, and the increased pituitary activity may affect the ovaries and increase their estrogen output.

What qualifies as excessive menstrual blood loss? The definition depends more on an increase from baseline. Return of menses after a four-year hiatus for the patient described in the accompanying case study has come with heavier bleeding (25 days of heavy bleeding vs. 7-10) and an increase in uterine fibroid size.

Although there are many cofactors, the trigger for fibroids is primarily hormonal. Astringent, hormone-balancing herbs can shrink fibroid growth, lessen estrogen and reduce heavy blood loss (Mills, 1992).

Precautions: Vitex agnus castus may counteract the effectiveness of BCPs and other hormone therapies (Tilgner, 1999).

Janice Skelton, ND currently practices at Dynamic Pathways Wellness center in Phoenix. She is a 1999 graduate of NCNM and is passionate about using herbs, homeopathy and pranayam to support individuals living with brain injuries and other neuroendocrine disorders. As a general practitioner, she believes that virtually all dis-ease can be healed with basic naturopathic care and by living an inspired life.

A 51-year-old undernourished Caucasian woman presented to my office in October 2007 with complaints of extremely heavy and long periods, fatigue, depression and a desire to stop HRT; her periods consisted of 20-25 days of bleeding, using one super tampon and overnight pad per hour. She was taking self-prescribed calcium-magnesium, B-complex, buffered vitamin C and alpha-lipoic acid, along with physician-prescribed levothyroxine (T4), SC pellets of estrogen, and testosterone (injected quarterly) with oral progesterone, taken the last three days of each month.

The patient was started on Vitex agnus castus 250mg qAM along with an aqueous/alcohol tonic of 2oz Alchemilla vulgaris, 2oz Glycyrrhiza glabra, 2oz Capsella bursa-pastoris, 1oz Panax ginseng and 1oz Curcuma longa; sig 120gtt TID, increase to 1tsp QH during heaviest bleeding until flooding slows. She was also prescribed an OTC liquid iron formula in a base of herbs and honey. The patient continued on with calcium-magnesium, B-complex, alpha-lipoic acid and levothyroxine. The SC pellets of estrogen, IM testosterone, and oral progesterone were discontinued.

After three months, the patient reported regular menses with normal flow. Spotting occurs for an additional 7-10 days. The rest of her symptoms have disappeared. My theory is that a combination of adrenal support and adaptogenic and alterative botanicals has resulted in the return of regular cycles, initiated by HRT.

It is likely that preexisting submucosal fibroids increased in size due to exposure to unopposed estrogen replacement and was contributing to heavy menses and continued spotting.

Mills SY: Out of the Earth: The Essential Book of Herbal Medicine. London, 1991, Viking Arkana (Penguin). 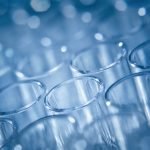 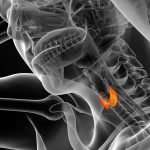