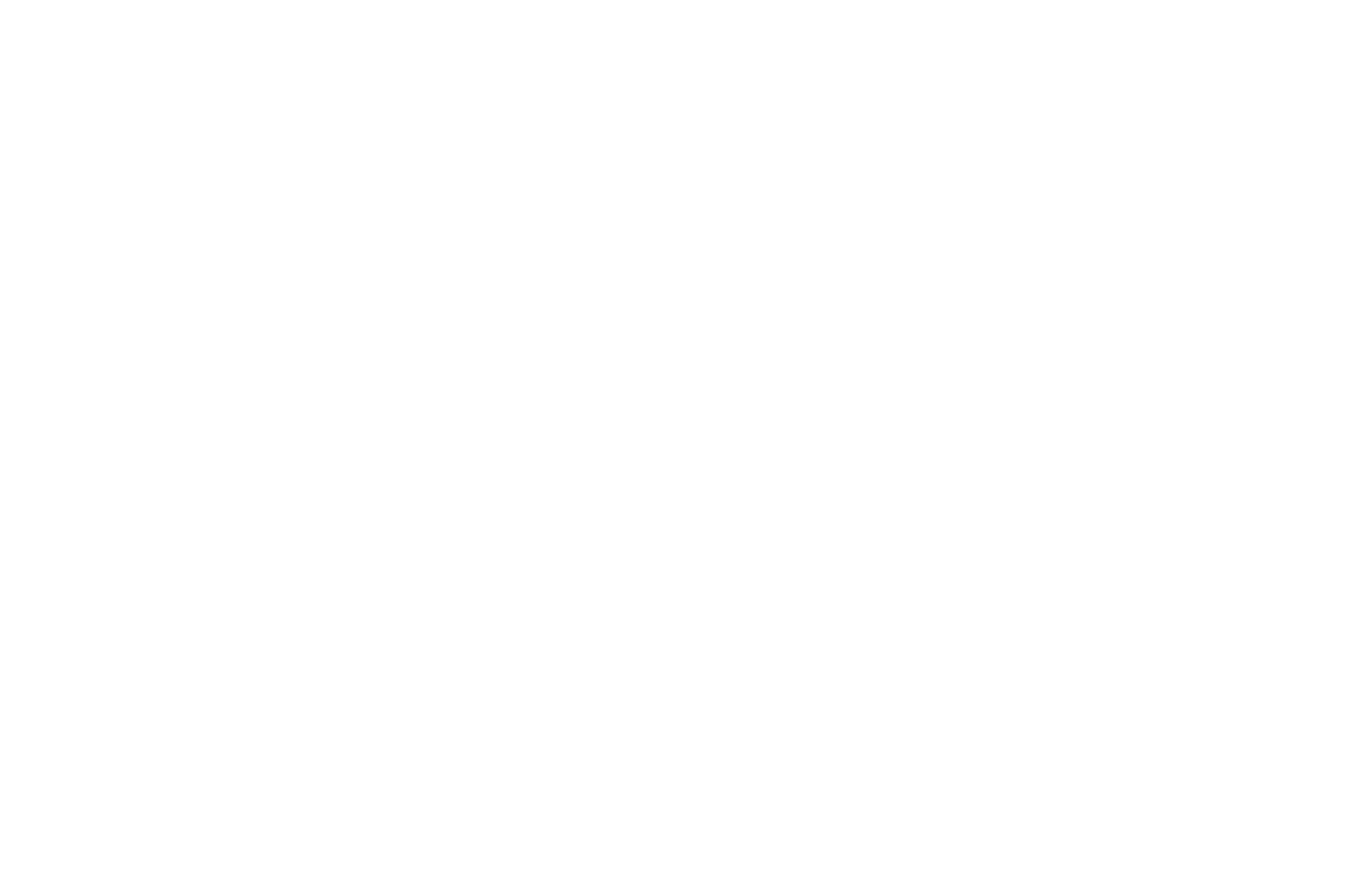 Over the past several years, there have been large projects collecting data to examine the role that the human microbiota plays in health and disease.1, 2 One of the primary areas of focus has been the role that microbial communities play in the health of the female genitourinary tract. The Vaginal Microbiome Consortium at Virginia Commonwealth University is a 2-stage project funded by the National Institutes of Health; it involves collecting vaginal samples from over 6000 women 18 years and older in the first stage, and samples from 2000 pregnant women in the second stage.3 The objective of the latter study is to elucidate the role(s) that the vaginal microbiota plays in the etiology of adverse outcomes of pregnancy and, more specifically, preterm birth.

While the gastrointestinal (GI) tract harbors an estimated 500 different microbial species, the number of species inhabiting the vagina is thought to be approximately 50.4 Vaginal eubiosis is characterized by the presence of beneficial lactic-acid-producing microbes that are largely dominated by the genus Lactobacillus; these typically make up 90-95% of the total bacterial count in the genitourinary tract.5 The vaginal microbiota during eubiosis in reproductive-age women is typically dominated by Lactobacillus crispatus, L gasseri, L iners, and L jensenii, most of which produce large amounts of lactic acid.6 Other species identified have included L acidophilus, L rhamnosus, L plantarum, L fermentum, L brevis, L casei, L vaginalis, L delbruekii, L salivarius, and L reuteri.7 In contrast, vaginal dysbiosis is characterized by the presence of polymicrobial populations with either a modest lactobacilli load (intermediate microbiota) or no lactobacilli (bacterial vaginosis [BV]).8 In short, as opposed to the GI tract, healthy vaginal flora is less diverse.

Lactobacillus species in the vagina contribute a number of health promoting and protective factors in women. These include:

A strain of L acidophilus has also been found to reduce fecal beta-glucuronidase levels and activity and support healthy estrogen metabolism.18 While many Lactobacillus probiotics for women’s health have been chosen based on production of hydrogen peroxide (H2O2), recent studies suggest that in the hypoxic conditions of the vagina, concentrations of H2O2 do not achieve levels that would be antimicrobial.19

Many factors influence the stability and population of the vaginal microbiota. The composition of vaginal communities fluctuates as a function of age, menarche, menses, pregnancy, infections, birth control, and sexual behaviors.20 Exposure to spermicides or b-lactam or other antimicrobials can decrease the prevalence of lactobacilli and consequently increase susceptibility to genitourinary tract infections.21

Probiotics are defined as living organisms administered to promote the health of the host. Specifically, a recent revision to the original FAO/WHO workshop defined probiotics as “live microorganisms that, when administered in adequate amounts, confer a health benefit on the host.”22 Most of the scientific and clinical research with probiotics has focused on oral use of probiotics for gastrointestinal and immune health. The primary genera that have been studied are Lactobacillus and Bifidobacteria species.

Many of the initial studies looking at the potential benefits of probiotics for female genitourinary tract health focused on the intravaginal application of lactobacilli strains. There has been an emerging trend, however, of using oral probiotics to colonize the vagina, backed by a substantial amount of clinical research. Numerous trials have demonstrated that oral administration of specific strains of lactobacilli – in particular, L crispatus, L rhamnosus, L gasseri, and L reuteri – can both maintain and restore healthy genitourinary microbiota in females.23-25 A recent study found that oral supplementation with L acidophilus and L rhamnosus in women with intermediate vaginal microbiota (having only modest levels of Lactobacillus spp) led to significant vaginal colonization of both strains and a restoration of normal Nugent scores.26

Bacterial vaginosis (BV) is a common vaginal infection causing significant gynecological and obstetric morbidity. Though no single pathogen has been identified as the causative agent of BV, Gardnerella vaginalis and Atopobium vaginae are commonly associated with the condition.27 Typical symptoms may include vaginal malodor, itching, dysuria, and a thin discharge, but a substantial number of women with BV are also asymptomatic.28 BV has been associated with pelvic inflammatory disease, infections following gynecological surgery, and preterm birth.29 Estimates suggest that 40% of cases of spontaneous preterm labor and preterm birth maybe associated with BV.30

Two randomized, double-blind, placebo-controlled trials (RDBPCT) have shown that the addition of probiotics to standard treatment of BV (metronidazole and tinidazole) improve the eradication of BV symptoms.31,32 Both trials used a combination of L rhamnosus and L reuteri (1 billion colony-forming units [CFU]/day of each strain) both during and after standard treatment for BV, collectively resulting in the use of probiotics for 28 days in the first trial and 30 days in the second. In both studies, there was a significantly higher “cure” rate in women taking the oral probiotic combination compared to the placebo group. In the first trial, high counts of Lactobacillus species were also recovered from the vagina of women treated with the oral probiotic combination.31

Vulvovaginal candidiasis (VVC) is most commonly associated with Candida albicans and C glabrata.33 While the clinical data on the use of probiotics is not as robust as that for BV, there are a couple of interesting studies.

In one RDBPCT, researchers explored whether probiotics could reduce the risk of recurrence of VVC after a standard course of treatment with fluconazole.34 After initial treatment with a single dose of oral fluconazole, 59 VVC patients took either an oral probiotic supplement (containing a combination of 7.5 billion CFU of L acidophilus, 6 billion CFU of Bifidobacterium bifidum, and 1.5 billion CFU of B longum) or placebo capsules daily for 6 months. Of the women taking placebo capsules, 35.5% experienced recurrence of VVC; of the women taking probiotics, only 7.2% experienced recurrence. Another RDBPCT found that oral use of L rhamnosus and L reuteri (1 billion CFU/day of each strain) led to better outcomes in women taking fluconazole for VVC.35

Approximately 50% of all women will also be plagued by urinary tract infections (UTIs) during their lifetime, with nearly 1 in 3 women having a UTI by the age of 24.36 Growing concerns about antibiotic resistance have led to increased interest in non-antibiotic therapies for recurrent UTIs.

A 12-month clinical trial with 252 postmenopausal women having recurrent UTIs compared a probiotic combination to trimethoprim-sulfamethoxazole (TMP-SMX) for the reduction of UTI recurrence.37 Women were randomized to (1) TMP-SMX, 480 mg (1 tablet at night) and 1 placebo capsule twice daily; or (2) 1 capsule containing L rhamnosus and L reuteri  (1 billion CFU/day of each strain) twice daily and 1 placebo tablet at night. After 12 months, the mean number of symptomatic UTIs (clinical recurrences) was 2.9 in the antibiotic group and 3.3 in the probiotic group, compared to a mean number of symptomatic UTIs of 7.0 and 6.8 in the year prior for these groups, respectively. The between-group difference in clinical recurrences after the 12-month intervention was not found to be significant. The median time to a recurrence was 3 months in the probiotic group and 6 months in the antibiotic group. However, the antibiotic group was found to have a more than 2-fold increase in resistance to both TMP-SMX and amoxicillin, while the probiotic group showed no increase in antibiotic resistance. The study investigators conclude “lactobacilli may be an acceptable alternative for prevention of UTIs, especially in women who dislike taking antibiotics.”37

Preterm birth can be defined as delivery before 37 completed weeks of gestational age.38 Preterm birth comprises 11% of all live births worldwide, and its complications are estimated to cause 35% of the world’s neonatal deaths, or about 11 million deaths annually.39

In addition to pregnancy outcomes, the use of probiotics preterm has been associated with a decreased risk of postpartum depression and anxiety,41 gestational diabetes mellitus,42 and infant atopic dermatitis (taken preterm and post-term).43

Female urogenital infections (such as BV, VVC, and UTIs) and preterm birth affect billions of women each year, resulting in considerable morbidity and healthcare costs. Options for the prevention and treatment of these common conditions are limited, particularly for women with recurrent infections. Clinical data point to the importance of a healthy vaginal microbiome as an approach to potentially reducing the incidence of these infections as well as improving pregnancy outcomes. Oral probiotic products containing combinations of Lactobacillus strains have emerged as a safe and effective way for women of all ages to re-establish and maintain healthy vaginal microbiota. 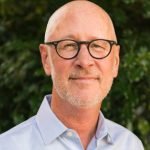 Donald Brown, ND, is one of the leading authorities in the United States on the safety and efficacy of dietary supplements, evidence-based herbal medicine, and probiotics. Dr Brown currently serves as the director of Natural Product Research Consultants (NPRC) in Seattle, WA. He is a member of the Advisory Board of the American Botanical Council (ABC) and the Editorial Board of The Integrative Medicine Alert. Dr Brown is the author of Herbal Prescriptions for Health and Healing and was also a contributor to The Natural Pharmacy, the A-Z Guide to Drug-Herb-Vitamin Interactions, and The Textbook of Natural Medicine. 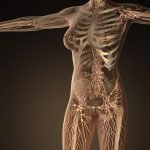 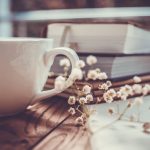