It is well known that our emotional health influences our physical health. Even allopathic medical research strongly supports this assertion. Studies have shown that many diseases are associated with the effects of stressful life events and circumstances, from high-pressured jobs to the shock of suddenly losing a loved one. Heart disease, hypertension and diabetes are among these diseases. Studies on cancer seem a little less clear, with some indicating that certain personality traits and life factors increase the risk of cancer or of lowered life expectancy after diagnosis, and other studies resulted in more neutral findings. We do know, however, that stress can adversely affect the immune system and disrupt hormonal systems, and it doesn’t seem a large stretch to wonder if these factors increase the likelihood of cancer occurring and/or being more likely to thrive and spread. Whatever the case, it is vital for physicians to be aware of their patients’ levels of stress, which requires ways to objectively assess them.

In an article in the New England Journal of Medicine (1998), Dr. Bruce McEwen, a brain researcher, described the physiological results of chronic stress on the body, detailing the ways such stress can contribute to the onset of conditions such as heart disease, diabetes and viruses like the common cold. He suggested using the term “allostatic load” to describe the level of wear and tear caused by stress in each individual. McEwen’s recommendation was that each person’s allostatic load could be measured or at least assessed, and then actions could be taken to lower the load if it seemed high and likely to increase the risk of disease. Decreasing the load could require diet and nutrition changes, exercise, stress-relief practices such as meditation or yoga, and so on. As prevention-oriented practitioners, NDs can use the concept of measuring allostatic load to help patients detect and reverse the stress-related course toward disease. So, before we can prescribe the most helpful way to deal with stress, we want to find out what levels of stress we are dealing with.

From what I know about health and medicine, I believe that the first place to assess for signs of stress-related tendencies is through the adrenal system. As we know, the adrenal system evolved to cope with emergency situations. We have all heard of the “fight-or-flight” response, which is the body’s way of reacting to threats. Biochemically, what happens in fight-or-flight is that the body marshals its immune and hormonal systems to deal with whatever is threatening it, either internally or externally. The adrenal system is at the forefront of this defense, harnessing the power of hormones such as cortisol and epinephrine to survive the present situation, not concerned with the potential long-term effects on the body. With infrequent adrenal challenges, like the occasional saber-tooth tiger attack, the body usually has no problem rebalancing its stores of these hormones, and the effects on various tissues of the body are negligible. But in the case of modern-day stressors – like chronic caffeine abuse, or day after day of a stressful job/situation, or chronic sleep deprivation – the body can struggle, finding it more and more difficult to restore true balance. Signs of depletion almost always present before disease, which is why it is up to us to look for them before the patient develops hypertension, diabetes or worse.

To many NDs, the measurement of the cortisol rhythm using the Adrenal Stress Index (ASI), a salivary measurement of cortisol and DHEA levels over a 24-hour period, has become the gold standard for assessing the adrenal system. The ASI test gives us a good picture of the body’s stress reactions and load over an entire day and night. I use this test frequently, but I believe there are many other ways to assess for the allostatic load.

Some of you might be familiar with what I call the “Four Quadrant” approach to functional assessment. These quadrants represent the different methods by which patients can be assessed from a functional perspective. The first quadrant takes a critical look at the functional signs and symptoms a patient presents with. The second quadrant takes a more functional approach to the standard physical exam. The third quadrant incorporates a series of in-office lab tests that allow assessing for functional disturbances in patients’ inner environment or terrain. And the fourth quadrant looks at outsourced labs.

Many of these approaches are simple assessment techniques that can be performed in the clinic. The results are immediately available, giving patients a direct view of what’s going on physically, often inspiring them to be more motivated. Also, these tests can often be considered “gateway tests”; this is a concept I developed with Dr. Scott Ferguson. Gateway tests help to determine whether or not to conduct further evaluation using advanced functional diagnostic medicine tests, such as the ASI.

A number of helpful tools assist in gathering a more functionally-oriented history in patients presenting with stress and adrenal issues. For example, a functional signs and symptoms questionnaire includes many lifestyle and medical history questions that give us an idea of stress loads; and a stress test evaluation questionnaire is a subjective assessment of the major stressors patients are experiencing. The data from these questionnaires will help to guide you in performing further evaluation.

There are a couple of very easy physical exam tests that should be performed on any patient presenting signs of stress or adrenal imbalance.

Ragland’s Test. One of the best tests to determine the presence and severity of adrenal exhaustion (hypoadrenia) is Ragland’s test for postural hypotension. This test assesses the body’s ability to compensate for the hydrostatic effects of gravity by measuring a change in systolic blood pressure from a recumbent to standing position. Standing from a recumbent position causes pressure changes in the vascular system, which is controlled by the splanchnic veins. The splanchnic veins, being devoid of valves, are dependent upon nerve function for their tone. The tone of the splanchnic nerves is under direct control of the adrenal system (cortisol and epinephrine), which is why this test is so effective in assessing adrenal function.

In the test, the patient lays on the treatment table and his or her blood pressure is taken. After the systolic pressure is determined, the cuff is pumped slightly higher than that level, and the patient is instructed to stand up quickly. The standing systolic pressure is then measured quickly. The difference determines the clinical implication, from optimal adrenal health (a 6-10 point increase in systolic BP upon standing) down to very pronounced adrenal fatigue (systolic BP drops more than 20 points). The latter result would be an indication to perform an ASI.

Paradoxical Pupillary Response Test. This test measures the ability of the pupil of the eye to respond to light, giving us a picture of the presence and severity of adrenal exhaustion. A reduced ability of the pupil to constrict with light stimulus is a reflection of the “tug of war” between the parasympathetic and sympathetic branches of the autonomic nervous system. Also an easy and convenient test, it simply requires darkening the room and having the patient look at a fixed point. Using a pen light to observe the pupil at a 45-degree angle, the physician observes the reaction of the pupil for 20 seconds. Again, the results lead us to implications ranging from optimal adrenal health (pupil constricts and holds tight for 20 seconds) down to very pronounced adrenal fatigue (pupil immediately becomes larger or fails to constrict). Again, the latter result would be an indication to perform an Adrenal Stress Index.

In-office lab testing is a convenient, inexpensive way to test for adrenal function, and with immediate results, you can determine whether or not to perform further evaluation using the earlier-mentioned physical exam tests or an ASI.

Urinary Adrenal Stress Test. One of the most useful tests for assessing adrenal terrain is the urinary adrenal stress test. This test, also known as the Koenigsburg Test, measures the amount of chloride displaced into the urine. Increased or decreased levels of chloride in the urine can indicate adrenal stress and fatigue, as well as kidney stress, mineral loss and acid-alkaline imbalance. In the compensation stage of stress adaptation, adrenal hyperfunctioning leads to an increased output of adrenal hormones such as cortisol and aldosterone. This can be tested fairly easily in the urine, because high levels of aldosterone cause the resorption of sodium and chloride, leading to low levels of sodium and chloride. On the other hand, adrenal hypofunctioning leads to a decreased output of cortisol and aldosterone. Low levels of aldosterone will be shown in low levels of sodium and chloride in the urine.

The test itself is relatively simple to prepare and run, and the results are easy to read. You can do this in your office using potassium chromate and silver nitrate. See my book, In-Office lab Testing: Functional Terrain Analysis, for detailed instructions and interpretations.

Other Tests to Consider. Other tests that can measure stress include a test I call “Dr. Bieler’s Salivary pH Acid Challenge.” I also recommend that every patient have a full blood chemistry and CBC test. You can evaluate stress and adrenal imbalances by looking at the ratio between serum potassium and sodium. Elevated serum potassium above 4.5meq/l and decreased sodium below 135meq/l are signs of adrenal hypofunction.

As you can see, we have multiple means at our disposal to assess this important aspect of health, so find the ways that work for you and use them regularly to support patients’ health and emotional well being. 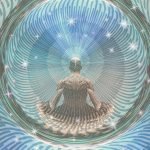