Mold illness comes in many different forms, with the most widely acknowledged forms being allergic and infectious, and the more controversial form being mycotoxicosis and Chronic Inflammatory Response Syndrome (CIRS).

Molds and their secondary metabolites, mycotoxins, have taken the medical community by storm in recent years. This started with news of the pediatric pulmonary hemorrhaging cases in Cleveland in 1994, and was then followed by the evening news report of the Stachybotrys epidemic in Hollywood and the development of Dr Ritchie Shoemaker’s theory of CIRS in the late 1990s and early 2000s.

Mold and their mycotoxins have been around for a long time; even religious texts such as Leviticus take notice of the dangers of mold. There is even speculation that 1 of the 10 plagues of Egypt may have been caused by mycotoxins, as well as Saint Anthony’s fire. Mycotoxins are ionophores measuring approximately 0.03 microns in length and weighing approximately 500-1500 daltons. As airborne particles smaller than 1.0 micron, they are easily inhaled. Human and animal studies have shown that toxicity1,2 and increased body burden3 can result from inhaling mycotoxins. Their minute size and combined hydrophobic and hydrophilic nature allow them to pass easily into and out of cells, which makes them difficult to eradicate from the living system. Thus, bioaccumulation can result. Toxicity from mycotoxins is compounded by mutations in detoxification genes; animal studies also suggest that mycotoxins have an inherent ability to hinder detoxification mechanisms by depleting glutathione (GSH), interfering with GSH pathways,4-7 and downregulating the transcription factor, NRf2.8 Chronic infections should also be considered in such cases, as their presence can further complicate unwinding of the complex toxicology at hand.

A 43-year-old Caucasian female presented with multiple symptoms following acute, severe mold exposure that had been preceded by low-level, chronic mold exposure. Minor allergy symptoms were commonplace for the patient when in the home, but ultimately had been well controlled with over-the-counter H1-blockers. During a kitchen remodeling project, she noted a conspicuous water stain on the wall behind her refrigerator. She decided to test the air for mold spores. Ambient room air-testing was comparable to the external air; however, an in-wall air sample was obtained that showed elevated spore counts from the Aspergillus and Penicillium family of molds.

Severe symptoms began when the patient attempted to self-remediate the presumptively small area of mold growth. As a result of not using personal protective equipment (PPE), she was exposed to a high level of mold that was agitated and aerated following demolition of the water-stained wall. The patient reported developing neurocognitive complaints within moments of exposure, including brain fog, difficulty with word-finding and the ordering of steps, confusion, and disorientation. Assuming at first that she was suffering from her recurrent hypoglycemia, she stopped working for the day and ate some food.

The patient had returned to the workspace the following day, without any noticeable improvement, and once again conducted the repair without PPE. Following approximately 3 hours of exposure, she developed ataxia and dizziness so severe that she had to discontinue the remediation work for the day. By the third day, the patient removed herself completely from her third-story apartment, and indefinitely paused the self-directed remediation work. Despite doing so, her symptoms worsened by the day.

Suspecting that the mold might have something to do with the sudden onset of her illness, the patient had a family member collect a sample for ERMI (Environmental Relative Moldiness Index) testing. The patient called a local repair company, and remediation was completed in the course of 1 week. Unfortunately, negative pressure containment was not used, water intrusion was not found or repaired, and hypochlorite cleaning solution was used as the sole remediation tactic. The patient, now living on the second story of the family’s “Three Decker” home (typical of a New England home converted into apartments), noted the wafting of hypochlorite fumes throughout the building. Seemingly, as a result, the patient developed sensitivity to all perfumes, scents, chemicals, and foods, which manifested as a burning tongue sensation and an exacerbation of her dizziness. While maintaining tenancy on the second floor apartment of her home, initial symptoms worsened over time, and new and curious symptoms arose.

Prior to the onset of her illness, the patient was a triathlete and held a job requiring a high level of cognitive flexibility and problem-solving skills. She was assessed by her primary-care physician, who referred her to a neurologist without making a diagnosis. The neurologist also made no diagnosis, instead suggesting stress and depression as the cause of her complaints. At the time she established care, the patient had been absent from her high-demand job for 2 months, and had self-implemented interventions of sauna therapy, increased sleep, avoidance of exposure, and omission of exercise. Sauna therapy notably worsened her symptoms. After attempting to cook with dish soap instead of oil, she reached out to establish care.

At the initial office visit, the patient reported the following symptoms:

The patient was adopted, is a nonsmoker, former triathlon runner, ultralight backpacker, and follows an organic paleo diet. She denied previous out-of-country travel, as well as known exposures to pesticides, heavy metals, and organic solvents. Past medical history was unremarkable except for mononucleosis in her teens.

Since the patient had a history of mononucleosis, presented with severe neurological complaints, and had abnormal neurological exam findings, assessment for chronic infections in addition to mold and mycotoxin exposure was considered. A CIRS workup was ordered, as it was requested by the patient and was also pertinent to her case presentation of multi-system, multi-symptom complaints. An MRI with NeuroQuant analysis and SPECT scan were refused by the patient.

Home Testing: ERMI (MSQPCR) testing from the wall cavity demonstrated elevated spore counts of Aspergillus fumigatus, Stachybotrys chartarum, Aspergillus ochraceus, and Aspergillus niger. All of these are producers of mycotoxins, specifically gliotoxin, ochratoxin A, and the macrocyclic trichothecenes.

As the patient’s symptoms were manageable and the chronic infections were seemingly silent prior to the mold exposure, she was directed to adhere to strict avoidance – the foundation of recovery. She sought residence in a friend’s home that had no history of water damage. As an added precaution, she was directed to leave most of her personal items in storage until she was well enough to address them. Use of a PECO air purifier was also implemented.

As the bulk of detoxification occurs in the liver, and basic treatments target enterohepatic recirculation, it was imperative that treatment start in the gut. The patient was placed on supplements designed to improve the integrity of the gut lining so as to minimize the impact of mycotoxin mobilization during bile excretion. She was prescribed a lignite trace-mineral product in combination with a conservative dose of L-glutamine (5 grams), due to elevated liver enzymes.

The patient was instructed to maintain the paleo diet, avoid inflammatory foods, and increase inulin-rich foods and fiber, with a goal of 50 grams per day. Dietary changes and gut support were well tolerated for 2 weeks; therefore, initiation of a therapeutic binder was prescribed. She reported that charcoal caused right-upper quadrant (RUQ) pain, so it was discontinued after 3 days. She was prescribed a cytidine 5′-diphosphocholine supplement to aid in bile production and secretion for 1 week prior to resuming charcoal. Some improvement in severity and occurrence of RUQ discomfort was noted, but ill effects continued. As a result, the charcoal was discontinued and a pharmaceutical bile acid sequestrant was prescribed. This was well tolerated and only caused minor constipation, which was remedied with magnesium citrate dosed to bowel tolerance.

Approximately 1 month later, an antiviral medication was prescribed (800 mg twice daily); however, worsening of her “internal vibration” symptom after 2 days caused her to discontinue the drug. The patient was encouraged to try a combination, natural antiviral product (containing vitamins A and C, selenium, Melissa officinalis, Olea europaea, L-lysine, and lithium orotate), which after 1 month resolved the oral complaints of tongue paresthesia, metallic taste in mouth, hypogeusia, glossodynia, and loss of smell. She was directed to maintain herbal antiviral agents indefinitely.

Oral liposomal GSH was then introduced at 500 mg per day, to be held under the tongue for 1 minute before bedtime. This was poorly tolerated, as it resulted in severe exacerbations of fatigue and myalgia. GSH was discontinued, and after a 4-day washout period, was restarted at 1-2 drops daily. Despite this lower dose, the patient continued to have negative reactions, so the GSH was discontinued. N-acetylcysteine (NAC), a GSH precursor, was brought on both for its antioxidant potential as well as its potential for lowering elevated TGF-B-1.9-11 NAC was well tolerated, and after 2 weeks, she was placed on an additional GSH precursor: glycine, at 1000 mg per day (other GSH precursors were already in use, including vitamin C, selenium, and L-glutamine).

Approximately 4 weeks later, after the patient was stabilized on the above regimen, there was a noticeable difference in neurological and cognitive complaints: short-term memory had improved, word recall was no longer a concern, and sharp wandering pains had diminished. Energy level had increased from 1-2 out of 10 (10=maximum energy), to a 4/10, and she was able to tolerate gentle walking as long as it was kept below anaerobic threshold.

Week by week, the patient slowly improved, while maintaining avoidance of exposure. At the 6-month point, another ELISA urine mycotoxin test was ordered. Results demonstrated an increase in urine mycotoxin levels, inferring increased excretion (assuming avoidance of exposure was adequately maintained). Additionally, AST, ALT, LDH, and GGT had normalized. GSH supplementation was reintroduced, using drop doses, and was now tolerated. After a 3-week titration, she was able to increase the oral GSH to 500 mg, taken at bedtime.

The patient was directed to continue treatment, with follow-up urine mycotoxin testing at 3-month intervals. The next urine mycotoxin test, occurring at 9 months, demonstrated a decrease in urine mycotoxin levels. This indicated a decrease in excretion, likely due to decreased toxic load. Since the body burden of the immune-destabilizing mycotoxins was decreasing, it was now reasonable to retest TGF-B-1. Results demonstrated an improvement, but not normalization. To modulate TGF-B-1, the patient was placed on 20 mg/d of melatonin12,13 and 250 mg of epigallocatechin gallate (EGCG).14

At a 12-month follow-up, the urine mycotoxin test demonstrated clearance of all formerly elevated mycotoxins, as well as normalized TGF-B-1. She was maintaining normal levels of AST, ALT, GGT, and LDH; VCS test was normal; and her MoCA score was 30/30.

The purpose of this case study is not to imply that treating mycotoxin exposure is easy, or to demonstrate this physician’s level of expertise. Rather, what is hopefully conveyed in this case study is humility on the part of the provider, and the value of avoiding dogmatic protocols. Admittedly, the aforementioned case resulted in a positive ending in a relatively short amount of time – approximately 1 year. It is not uncommon for people suffering from multifaceted and complex chronic illness initiated by mold exposure to continue to be sick for quite some time; layer by layer, the problems arise and are addressed as the body slowly recovers. From this case, it is hoped that the reader will have gleaned the following principles: 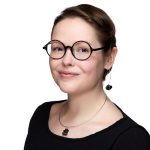 Lauren Tessier, ND, is a licensed naturopathic physician specializing in mold-related illness. She is a nationally known speaker and is Vice President of the International Society for Environmentally Acquired Illness (ISEAI) – a non-profit dedicated to educating physicians about the diagnosis and treatment of environmentally acquired illness. Dr Tessier’s practice, “Life After Mold,” in Waterbury, VT, draws clients from all around the world who suffer from chronic complex illness as a result of environmental exposure and chronic infections. Dr Tessier’s e-booklet, Mold Prevention: 101, has been widely circulated and its suggestions implemented by many worldwide. 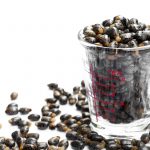 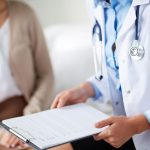