According to the World Health Organization, the global obesity rate has nearly tripled since 1975: In 2016, 39% (over 1.9 billion) of adults aged 18 years and over were overweight, and 13% (over 650 million) were obese.1 In the United States, the incidence of obesity has significantly increased over the past 30 years; currently, approximately 60% of adults are either obese or overweight.2 According to the Centers for Disease Control and Prevention (CDC), 39.8% (about 93.3 million) of US adults were obese in 2015-2016.3 The worldwide obesity epidemic has given rise to a higher incidence of insulin resistance.2 The most alarming statistics came from a recent large population-based study published on September 8, 2015 in JAMA, which revealed that more than half (about 52%) of US adults (aged 20 years and older) either have full-blown type 2 diabetes or prediabetes. Unfortunately, most of these individuals were unaware of their disease.4

Insulin resistance is an impaired biological response to insulin stimulation of target tissues, primarily liver, muscle, and adipose. Insulin resistance is considered a key cellular defect, as it reduces glucose disposal and leads to hyperinsulinemia, which can in turn promote hyperglycemia, metabolic syndrome, and type 2 diabetes mellitus.5 Insulin resistance is a strong risk factor for 2 of the leading causes of death in the United States: cardiovascular disease (CVD) and cancer.2,5,6

The gold standard for insulin resistance assessment is the hyperinsulinemic-euglycemic glucose clamp technique.7 In this procedure, a fasted non-diabetic patient is given a constant-rate infusion of insulin for the purpose of maintaining insulin levels. Glucose is infused at variable rates to keep blood glucose in the euglycemic range. As the steady state is reached, it is possible to directly measure total body glucose disposal and calculate the degree of insulin resistance.5 However, this specific method of evaluating insulin resistance is invasive and non-practical in a broad clinical setting. Therefore, other accurate and non-invasive diagnostic biomarkers for insulin resistance are crucially needed to enable early diagnosis of diabetes, prevent progression to diabetes, and reduce complications from the disorder (mainly vascular and nervous system diseases such as stroke, CVD, dementia, chronic renal failure, ophthalmological small vessel disease, and neuropathy).5

This article reviews basic glucose assessments (eg, plasma glucose test, hemoglobin A1C, and fructosamine), but also presents various functional and notable insulin resistance biomarkers, including fasting insulin, HOMA-IR, adiponectin, Anti-GAD, C-Peptide, proinsulin, and leptin. These insulin resistance biomarkers can be ordered by healthcare practitioners from various laboratories in the United States at affordable prices, to comprehensively assess insulin resistance status in their patients. As a naturopathic doctor using a variety of natural non-invasive treatments and therapeutic lifestyle change plans, identifying and addressing insulin resistance early can help combat the diabetes epidemic and the steady rise in our healthcare costs related to the management of diabetes and prediabetes – costs that have drastically increased, from $245 billion in 2012 to $327 billion in 2017, representing a 26% increase over a 5-year period.8

The diagnosis of diabetes has traditionally been based on the detection of elevated plasma glucose levels, primarily as a fasting glucose measurement, but also as a 2-hour post-prandial measurement during an oral glucose tolerance test (OGTT) or as a random glucose check. Studies have shown that a fasting blood glucose level is predictive of all-cause and cardiovascular-related mortality risk below the diabetic threshold.9,10 Although these tests are readily available, they can miss early signs of insulin resistance, especially fasting glucose, as it only provides a snapshot of blood glucose at the specific time of the blood draw. Studies have shown that the β-cell dysfunction that is characteristic of diabetes occurs much earlier and is more severe than previously thought.11,12 At the stage of impaired glucose tolerance (IGT), individuals have typically lost over 80% of their β-cell function, while those with prediabetes have lost about half of their β-cell volume.11,12 Optimally, fasting plasma glucose (after 8 hours of fasting) should fall within 70-85 mg/dL.

Hemoglobin A1C (HgbA1C, or A1c), commercially available since 1978, is another standard biomarker for glycemic control and can be used to diagnose prediabetes and diabetes.13 HgbA1C is an excellent biomarker of overall glycemic control during the time-frame of the 120-day lifespan of a normal erythrocyte; it is also a very convenient test, since fasting is not required.13 Among adults without diabetes, elevated glycated hemoglobin levels have been shown to be associated with an increased risk of cardiovascular events and death.14,15

However, HgbA1C has several limitations, and healthcare practitioners must be vigilant in their interpretation of results. “Any condition that prolongs the life of the erythrocyte or is associated with decreased red cell turnover exposes the cell to glucose for a longer period of time, resulting in higher A1c levels.”13 This can include anemia (deficiencies in iron, B12, and/or folate), asplenia, severe hypertriglyceridemia (concentrations >1750 mg/dL), severe hyperbilirubinemia (concentrations >20 mg/dL), uremia, lead poisoning, alcohol, and some medications (eg, salicylates and opioids).13,16 On the other hand, “any condition that reduces the life of the erythrocyte or is associated with increased red cell turnover shortens the exposure of the cell to glucose, resulting in lower A1c levels.”13 This can include acute and chronic blood loss, hemolytic anemia, splenomegaly, end-stage renal disease, and pregnancy (through the 2nd trimester, though it may rise during the 3rd trimester).13 Moreover, hemoglobin variants (most commonly, hemoglobin S and hemoglobin C) can have either falsely elevated or falsely lowered A1c levels.13

Since HgbA1C has several limitations, fructosamine may be considered in a diabetes evaluation. Commercially available since 1980, fructosamine is formed by the non-enzymatic reaction of sugar and albumin protein, and reflects a shorter period of glycemic control (2-3 weeks) than A1c, since albumin has a half-life of about 20 days.13,16,17 However, because it depends on albumin concentrations, the fructosamine test also has limitations, especially for patients with hypoproteinemia or hypoalbuminemia, such as in nephrotic syndrome or severe liver disease.17

The simplest and most widely acceptable method of estimating insulin resistance is the Homeostasis Model Assessment of Insulin Resistance (HOMA-IR), which is calculated using a formula based upon values of fasting plasma glucose (FPG) and fasting plasma insulin (FPI) concentrations.18 Researchers have found a highly significant relationship between FPI concentration and a direct measure of insulin-stimulated glucose disposal.18 It is well understood that “insulin resistance leads to a hyperinsulinemic state that eventually results in diabetes when hyperinsulinemia cannot be maintained to meet the progressively increasing demands for insulin.”19 Researchers have also demonstrated that individuals with “a fasting insulin concentration of 24.87 µIU/mL were 5 times more likely to have prediabetes than those with a fasting insulin concentration of 4.94 µIU/mL.”19 Using a combination of FPI and HOMA-IR along with traditional blood glucose tests can provide clinicians with early signs of insulin resistance. Optimally, the FPI level should be less than 5 µU/mL, and HOMA-IR level should be less than 2.

Adiponectin, a secreted protein comprising 247 amino acids, is produced exclusively by mature adipocytes and is involved in several antioxidant, anti-inflammatory, and anti-arteriosclerotic processes.20,21 The half-life of adiponectin in serum is estimated to be 2.5-6 hours,20,22 and circulating adiponectin levels display diurnal variation, with a nocturnal decline and maximum levels in the late morning.20,23 Decreased adiponectin plasma levels are associated with insulin resistance, obesity, type 2 diabetes mellitus, and cardiovascular diseases.20,24 Women tend to have about 40% higher circulating levels of adiponectin than men, in whom androgens appear to have an inhibitory effect on adiponectin.20,25 Plasma adiponectin levels have been found to be lower in individuals with obesity, visceral adiposity syndrome, metabolic syndrome, CVD, diabetes, fatty liver, hypertriglyceridemia, and dyslipidemia.20 Adiponectin also has a glucose-lowering effect and has been shown to reduce plasma concentration of free fatty acids (FFA) and hepatic fat content.20 Moreover, adiponectin is “directly involved in atherosclerosis by increasing nitric oxide, preventing endothelial dysfunction, and by local inhibition of inflammatory molecules.”21 Researchers have found that “subjects with total adiponectin level <6.2 µg/mL developed metabolic syndrome more rapidly than did those with total adiponectin level >6.2 µg/mL.”26 Optimally, the adiponectin level should be >12 µg/mL.

Anti-Glutamic Acid Decarboxylase (Anti-GAD) can be used to detect an autoimmune form of diabetes, ie, latent autoimmune diabetes of adults, or LADA.27,28 Anti-GAD antibodies are found in both type 1 and 2 diabetes.28 Autoantibodies to GAD are detected in around 80% of diabetes mellitus type 1 patients.28 The antibody essentially attacks the GAD enzyme, which is crucial in the formation of gamma-aminobutyric acid (GABA), an inhibitory neurotransmitter found in the brain.28 Anti-GAD-positive individuals can present with motor and cognitive deficits due to low levels or lack of GABA.28 The anti-GAD antibody is found in some neurological syndromes, including stiff-person syndrome, paraneoplastic stiff-person syndrome, Miller Fisher syndrome (MFS), limbic encephalopathy, cerebellar ataxia, eye movement disorders, and epilepsy.28 In the UK Prospective Diabetes Study, the GAD antibodies were also present in 15-35% of patients with type 2 diabetes mellitus diagnosed at an age younger than 45 years, compared to only 7-9% of older patients.28 GAD antibody positivity predicts diabetes independently of family history of diabetes, and this risk is further increased with high anti-GAD concentrations.27

Connecting peptide (C-peptide) and proinsulin can be used to evaluate β-cell dysfunction of the pancreas, which is one of the major pathophysiological disturbances in type 2 diabetes.29 Proinsulin, the precursor of insulin, is synthesized in the pancreatic ß-cells of the Islets of Langerhans and is subsequently cleaved enzymatically, releasing insulin into the circulation along with C-peptide.29 Hyperproinsulinemia is an indicator of β-cell dysfunction, and fasting proinsulin levels are elevated in patients with hyperglycemia.29 Fasting proinsulin levels have been associated with insulin resistance and type 2 diabetes.29-32

The adipocytokine, leptin, discovered in 1994, “is produced mainly by adipocytes and in low levels by the gastric fundic epithelium, intestine, placenta, skeletal muscle, mammary epithelium, and brain.”36 Leptin is a 167-amino-acid-protein hormone that regulates body weight, metabolism and reproductive function.36 Leptin can represent the fat mass in the body, as obesity is associated with leptin production and high plasma leptin concentration; subcutaneous fat has been considered a major determinant of circulating leptin levels.36 Women are found to have higher levels of leptin compared to men, and this difference has been found to persist even after controlling for differences in age or body mass index (BMI).37 Hyperuricemia and gout have been significantly associated with higher leptin levels, even after controlling for BMI.37 Leptin and adiponectin have opposite effects on inflammation and insulin resistance.38 “Leptin upregulates proinflammatory cytokines such as tumor necrosis factor-α and interleukin-6; these are associated with insulin resistance and type 2 diabetes mellitus.”38-40 Studies have revealed that leptin can be an independent risk factor for CVD and represents an important link between obesity and cardiovascular risk.38,39 Chronically elevated leptin levels can be associated with obesity, overeating, leptin resistance, and inflammation-related diseases including hypertension, metabolic syndrome, and CVD.38-40,41 Optimally, the leptin level should be <15 ng/mL.

In tandem with the worldwide obesity epidemic, an explosive increase in insulin resistance cases (including prediabetes and full-blown diabetes) certainly constitutes a global health crisis. It is alarming to know that 60% of US adults are either obese or overweight2 and that more than half of US adults either have full-blown type 2 diabetes or prediabetes, with most of them being unaware of their medical condition.4 The traditional blood glucose tests are not sufficient; clinicians should consider adding advanced biomarkers that can comprehensively assess early signs of an insulin resistance process, including fasting insulin, HOMA-IR, adiponectin, Anti-GAD, C-Peptide, proinsulin, and leptin. To effectively counteract the insulin resistance epidemic, key steps include early detection of the disease process and addressing it with non-invasive naturopathic therapeutics. 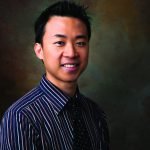 Teerawong Kasiolarn, ND, MSAc, LAc, received his Doctorate of Naturopathic Medicine and Master of Science in acupuncture from Bastyr University in 2005. After graduation, he served as a naturopathic resident at UBCNM in CT, Yale-Prevention Research Center, and the Integrative Medicine Center at Griffin Hospital, a teaching facility affiliated with Yale University. For the 10 years since his residency, Dr Kasiolarn has been practicing at Nova Medical Group, the largest integrative primary care practice in Northern VA, as a naturopathic doctor and licensed acupuncturist. Dr Kasiolarn focuses on CVD, metabolic syndrome, diabetes, thyroid disorders, weight management/obesity, chronic pain, chronic fatigue, digestive disorders, anxiety/depression, and autoimmune diseases. 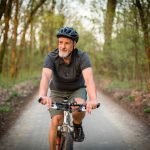 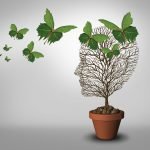