Attention-deficit/hyperactive disorder (ADHD) is a costly lifelong illness that seriously affects one’s self-esteem and ability to make a living. Individuals with ADHD have incomes that are $9000 to $15 000 lower than those without this problem.1 Methylphenidate hydrochloride, with annual sales of $440 million in 2008 (http://www.wikinvest.com/stock/Novartis_AG_(NVS)/Data/Revenue_-_Ritalin:Focalin), has been the standard medical therapy for the last few decades. However, I do not see ADHD as being a disorder caused by deficiency of this substance. Adverse reactions to foods, food preservatives, and food colorings have been associated with ADHD for many decades, and avoidance of those offenders has helped many children considerably.2 In addition to dietary triggers, several xenobiotic toxicants have also been implicated. Some of these exposures occur during the gestation period, while others occur after the child is born and are avoidable.

Prenatal exposures to the persistent toxicant polychlorinated biphenyl (PCB) and the heavy metal lead have both been linked to the development of ADHD in children. Polychlorinated biphenyl had been utilized for decades as coolants in electrical transformers and a host of other industrial uses, but because of their high toxicity and the fact that the planet is now so contaminated by them, there is a worldwide ban on their use and production. The main sources of exposure to PCBs for adults are Atlantic (farmed) salmon, other fish, and nonorganic butter. These fat-soluble toxicants cross the placental barrier and get into the milk, leading to both in utero and lactational exposures. Evidence has already revealed that, when children are exposed to PCBs in utero, they have increased cognitive defects, poorer gross motor function, and decreased visual recognition memory.3 They also have lower IQ levels and increased rates of hyperactivity, both of which persist after birth.4-6 A 2010 study7 from the Harvard School of Public Health, Boston, Massachusetts, confirmed that children whose mothers had higher PCB levels were at very high risk of demonstrating ADHD by age 11 years.

Many expectant mothers are being advised to consume fish or take fish oil capsules to improve their child’s brainpower. Investigations have confirmed that this current health belief is true.8 However, if a mother eats fish that has a high PCB content, she can end up decreasing the IQ of her child and predisposing him or her to ADHD as well. The fish caught in the Great Lakes and all farmed salmon are high in PCBs, so women need to be aware of which fish have PCBs, as well as those that contain mercury.

Exposure to lead, both before and after birth, has been linked to ADHD.9 That article reviewed multiple studies that convincingly show how lead exposure reduces intelligence and executive functioning (manifesting as impulsivity), which are hallmarks of ADHD. Polychlorinated biphenyl and lead can be passed from mother to child, yet both can be tested for during the preconception phase and easily avoided thereafter.

In utero exposure to the plasticizer phthalate also increases the risk of ADHD during growth and development.10 This 2010 study measured phthalate levels in the urine of women during their last trimester of pregnancy and then assessed the behavior and brainpower of their children when they were between 4 and 9 years old. The ongoing National Health and Nutrition Examination Surveys have shown that we all have these plasticizers in our urine.11 Many of them are introduced by the use of personal care products (shampoo, perfumes, etc), as well as through our foods. Flexible plastic wrap will transmit these plasticizers to wrapped food. This transfer of plastics to food increases with longer contact and with heating of the food. Also, foods with higher fat content (eg, cheese) absorb more plasticizers than foods with lower fat content (eg, apple). In their book, Slow Death by Rubber Duck: The Secret Danger of Everyday Things (Berkeley, CA: Counterpoint; 2010), Rick Smith and Bruce Lorie demonstrate the powerful effect of avoidance in altering the blood levels of phthalates. These plasticizers are easily avoidable by making some simple choices in our diet and personal care products.

Teflon is made up of chemicals known as perfluorinated chemicals (PFCs). They are also used in clothing and fabrics to repel water and stains (eg, Scotchgard and Goretex). They are also found in food packaging and paper and personal care products. Ongoing investigations by the Centers for Disease Control and Prevention11 indicate that PFCs are now present in all residents of the United States. According to recent data, 12 different PFCs were found in the serum samples tested. Of these, 4 (perfluorohexanesulfonate, perfluorononanoic acid, perfluorooctanoic acid, and perfluorooctanesulfonic acid) were found in virtually everyone from whom samples were obtained. Of these compounds, perfluorooctanesulfonic acid levels were close to 20-fold higher than the levels of each of the others present. According to the report by the Centers for Disease Control and Prevention, perfluorooctanesulfonic acid has been associated with various health disorders, including weight loss, liver damage, and thyroid problems. The report also stated that, if a fetus is exposed to perfluorooctanesulfonic acid, the child is more likely to be born with defects and to have developmental problems.

Once in the body or the environment, these chemicals are very resistant to being broken down. They are not metabolized well and will persist for long periods. A study12 of individuals who drank water containing perfluorooctanoic acid demonstrated that it took longer than 2 years for the level of this substance to be reduced by 50%, which means that any perfluorooctanoic acid exposure will not be fully cleared out of the body for more than 10 years after the exposure.

Researchers at Mount Sinai School of Medicine, New York, New York, looked at the levels of various PFCs in children with and without a diagnosis of ADHD.13 They found increased rates of ADHD (range, 3%-32%) associated with each additional 1 µg/L in blood samples for various PFCs. Not surprisingly, these associations were observed for the 4 PFCs that the Centers for Disease Control and Prevention found most commonly in the US population (perfluorohexanesulfonate, perfluorononanoic acid, perfluorooctanoic acid, and perfluorooctanesulfonic acid). Researchers at Syracuse University, Syracuse, New York, sought to determine if higher levels of these PFCs led to greater impulsivity in children.14 Increased impulsivity is a hallmark feature of ADHD and greatly affects executive functioning. The investigators devised a novel study with 83 children between the ages of 9 and 11 years. All children had blood samples measured for PFC levels and then played a computer game with only one rule: they had to wait at least 20 seconds between pressing the space bar. When they waited the full 20 seconds, the children received a 25-cent reward; if they waited less than 20 seconds, they got no reward. The researchers found that, the higher the blood levels of PFCs were, the more difficulty the children had with waiting. They just kept being “impulsive.”

Teflon, PCBs, and lead can remain in the body for years unless depuration treatments are performed, so avoidance of these compounds is critical. Fortunately, it is also easy: do not use Teflon cookware or have Scotchgarded products in your home. Replace your furnace filters every 2 months with high-quality (MERV [minimum efficiency reporting value] 7) furnace filters to clear out the toxicant-laden dust. Do not consume farmed salmon or salmon oil capsules, and obtain chelation for lead if that is an issue. It is also easy to avoid phthalate exposures by using phthalate-free personal care products (read the label!) and by avoiding food that was stored or heated in plastic.

If all parents and parents-to-be would follow these simple guidelines, the rates of ADHD may begin to drop. 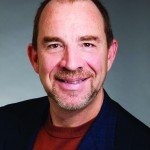 Walter J. Crinnion, ND has been in practice since 1982 with a special focus on treating chronic diseases that are caused by environmental toxic burden. He conducts post-graduate seminars in environmental medicine and is currently a professor at the Southwest College of Naturopathic Medicine where he is also the chair of Environmental Medicine. He is the author of Clean, Green and Lean (Wiley, pub.). More information is available at www.crinnionmedical.com 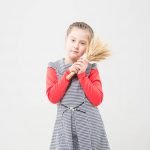 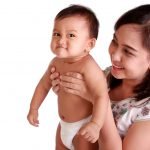