What about children in our general pediatric practice? For example, a 16-month-old toddler was seen at my office with green-yellow stools and flatulence. His 96-food IgG sensitivity panel results revealed that he was highly sensitive to gluten. Results of his microbiological stool analysis were normal. Another 7-year-old boy with sensory processing symptoms presented to my office with decayed tooth enamel. He tested highly positive for gluten sensitivity, and his red blood cell elements mineral test results revealed extremely low (5th percentile) calcium levels, confirming malabsorption.

After seeing these 2 cases within 1 week, I began to wonder: How many children are either undiagnosed or misdiagnosed who actually have gluten sensitivity? With more education on the signs and symptoms of gluten sensitivity, every ND should screen for it in their pediatric practice. This article will outline the signs, symptoms, and laboratory workup to diagnose gluten sensitivity in children.

Individuals with gluten sensitivity are unable to properly digest 2 proteins (glutenin and gliadin) that are present in common grains, including wheat, rye, barley, spelt, kamut, and oats. Although oats (both rolled and steel cut) do not contain gluten, they are often exposed to gluten when they are packaged or grown. Persons who are highly sensitive to gluten may not improve on a gluten-free diet if they are exposed to even a trace amount of gluten. For example, individuals with gluten sensitivity often must eat gluten-free products that are grown on a farm or in a facility where the food is dedicated to being gluten free.

The most well-known and serious type of gluten sensitivity is celiac disease (CD). This is a lifelong (chronic) condition that occurs when gluten triggers an abnormal immune system response that damages the villi of the small intestine. The purpose of the villi is to create a large surface that absorbs vitamins, sugars, and other nutrients as food passes through the small intestine.

Signs and Symptoms of Gluten Sensitivity in Children

In the more severe case of CD, infants typically have diarrhea, steatorrhea, abdominal cramps, abdominal distension, irritability, muscle wasting, and failure to thrive and grow. These symptoms usually occur after introduction of gluten-containing cereals into their diets (such as cream of wheat or oat cereal). Older children with CD typically have diarrhea, steatorrhea, flatulence, short stature, and weight loss.

Clinically, I have found that children with special needs or developmental delays who have limited verbal skills are unable to communicate that they are experiencing abdominal pain. Signs of underlying abdominal pain from gluten sensitivity in a child include: leaning the abdomen on the parent’s arm or leg, pushing the parent’s limb into the abdomen, leaning the abdomen over the couch or chair arm, or lying flat on the abdomen, especially on a cool tile floor. Doubling over indicates either acute or chronic abdominal pain. This is a red flag, which as an ND you absolutely should not miss. It is often mistaken by the parents or care providers as masturbation, which is more common in special needs children with sensory processing issues. In 10 years of my practice, I have not seen this picture in healthy children but only in special needs children. However, any child with an underlying intestinal tract issue could manifest this symptom.

Once the underlying cause (gluten sensitivity) is diagnosed, the child can start a gluten-free diet. The digestive tract will have the opportunity to heal, increasing absorption of nutrients vital to the child’s growth and development. Once children are gluten free for 1 to 3 months, they often start sleeping through the night uninterrupted. It is vital to start a long-term gluten-free diet in children with CD and a 6-month trial in children with gluten sensitivity. Left untreated, childhood CD can result in short stature as an adult. 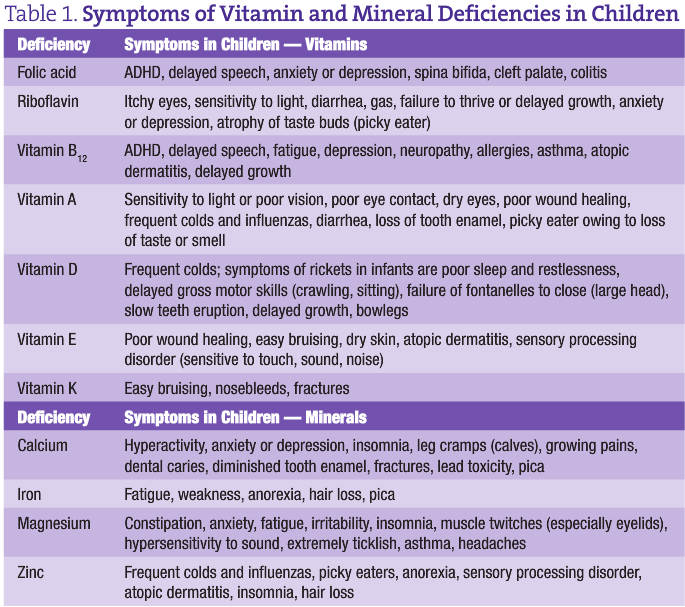 Left untreated, children with gluten sensitivity develop malabsorption of vitamins and minerals that are normally absorbed in the small intestine. Table 1 lists vitamin and mineral deficiency symptoms to watch for among children in your pediatric practice. The most common deficiencies associated with gluten sensitivity are the fat-soluble and B vitamins, as well as minerals.

When faced with a child you suspect has gluten sensitivity, perform a complete physical examination. Look for some of the most common signs of gluten sensitivity by doing a “nutritional physical” (term coined by Russell Marz, ND) (Table 2).

Until recently, it was thought that almost all patients with clinically important gluten sensitivity had positive antigliadin IgG and IgA and tissue transglutaminase antibodies detectable in blood samples. However, recent evidence has shown that this is not the case. In the early phases of the development of gluten sensitivity, or especially when the disease is of a more mild variety, the antigliadin, antiendomysial, and tissue transglutaminase antibodies may be negative. A person with CD is more likely than a person with gluten sensitivity to have a positive CD panel. For an individual with a positive CD panel, conservative physicians recommend a biopsy of the small intestine villi, which is performed via endoscopy.

In my experience, standard medical laboratory panels for CD that test antigliadin antibodies are not highly accurate. For example, I have found that CD panels through Quest Diagnostics (Madison, New Jersey) that include antigliadin antibody IgA and IgG are almost always negative, even in a child I suspect has gluten sensitivity. When my office orders a gluten sensitivity test through a specialized laboratory, the child often tests positive for gluten sensitivity (especially in cases of autism, sensory integration, or attention-deficit/hyperactivity disorder).

My experience shows that Immuno Laboratories (Ft Lauderdale, Florida) antigliadin antibody assay is highly accurate for diagnosing gluten sensitivity in persons who are consuming gluten (http://www.immunolabs.com/patients/products/add-on-reflex-tests/anti-gliadin-assay/). The Immuno Laboratories gluten panel is perhaps more sensitive for measuring gluten sensitivity because it uses the enzyme-linked immunosorbent assay method for testing both IgG and IgA antibodies to gluten. Because this test measures antibodies to gluten, a child would have to consume gluten daily for 2 weeks before taking the test.

Knowing that the immune reaction to gluten and other foods takes place inside the intestinal tract, EnteroLab (Dallas, Texas) has developed a test to measure IgA antibodies to gluten in stool samples. Extensive research has revealed that this hypothesis is true, which has resulted in the development of new methods for detection of gluten sensitivity, celiac sprue, and other food sensitivities (US and international patents have been issued).

Two laboratories offer genetic tests for both CD and gluten sensitivity; one offers a blood test, and the other offers a buccal swab test. This genetic test measures whether a person carries the HLA DQ2 or HLA DQ8 gene. This test assesses the possibility of developing CD or gluten sensitivity. The presence of this marker does not confirm that a person has CD but rather indicates that the person is at risk of developing CD. About 95% to 99% of patients with confirmed CD have one or both of these genetic markers.

The HLA genetic test is useful when a person is already on a gluten-free diet, as well as when testing family members for the odds that they have or will develop gluten sensitivity. I have used this test in my practice for siblings of children with a positive Immuno Laboratories panel to confirm whether they are also sensitive to gluten.

Using these guidelines, NDs should be well versed in assessing the likelihood of gluten sensitivity among their pediatric patients. The first step is for NDs to screen children who should be tested for gluten sensitivity by recognizing its signs and symptoms during the child’s initial intake. Next, NDs should perform a full physical examination (nutritionally based) and then choose the most appropriate laboratory test to confirm gluten sensitivity or CD. For a child who is highly sensitive to gluten, he or she should begin a 6-month trial of a strict gluten-free diet. 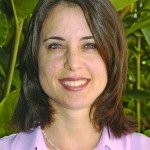 Thauna Abrin, ND, worked as a medical and surgical assistant in the field of women’s health before receiving her ND degree from the National College of Natural Medicine (NDNM) in Portland, Oregon. There, she specialized in women’s health and pediatrics. At NCNM, Dr Abrin received advanced training in herbal medicine, homeopathy, and obstetrics, receiving her obstetrics certificate in 2002. Dr Abrin has developed a special interest in treating children with developmental and learning disabilities. She believes that naturopathic medicine and detoxification can both prevent and treat children on the autism spectrum, including attention-deficit/hyperactivity disorder, Asperger syndrome, pervasive developmental disorder, and autism. Dr Abrin is a Defeat Autism Now–trained physician, having received training from Jacqueline McCandless, MD, and Nancy Ohara, MD. Dr Abrin became involved in the autism community in Hawaii and led a parent support group, teaching about biomedical and naturopathic therapies for children on the autism spectrum. In 2006, Dr Abrin relocated from Hawaii to the San Francisco–Greater East Bay area, in northern California, where she specializes in women’s health and pediatrics. 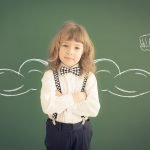 A “Kid Sense” of WellnessPediatrics 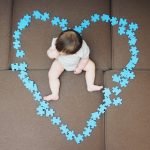