A patient came in recently with a list of symptoms that had miraculously vanished when he started taking ubiquinol, the form of coenzyme Q10 (CoQ10) that has recently arrived in the marketplace.

I cursed him silently, knowing that his good fortune would force me to sort out what I’ve been calling my CoQ-fusion. There are so many competing CoQ10 products available that I have been at a loss as to what to tell patients when they ask which product to take.

CoQ10 was first isolated in 1957, its structure determined in 1958, and the first consideration that it could be useful for treating cancer suggested in 1961. The 1978 Nobel Prize in chemistry was awarded for work involving the energy-producing mechanisms that utilize CoQ10.

Yet a decade later when I attended NCNM, there was still little mention of using CoQ10 therapeutically. This goes to show how at present, with research readily available online, new knowledge moves faster into clinical practice than it did in the past. Whatever the case, the good Dr. MacIntosh, my biochemistry professor, and others hardly mentioned CoQ10 during the late 1980s. For all of you who are in a similar situation and can’t figure out which claims to believe, here is what I have been able to figure out.

First, CoQ10 is good for a lot of things; there is a lot of research that I’m not going to get into. Without question, CoQ10 has remarkable and useful properties as a supplement. It serves a pivotal role in energy metabolism because it is a cofactor in the production of ATP through the mitochondrial electron transport chain. Second, it is a fat-soluble antioxidant, protecting cells, cell membranes and especially the mitochondria from oxidative damage. Therefore, it has clear value in a number of therapeutic situations, including heart disease, mitochondrial damage and protection during chemotherapy.

There is no need to get into details about all that … The National Institutes of Health (NIH) web site and others have nice, thorough reviews. The issue I want to address is the differences between the many products on the market.

We can divide these various forms of CoQ10 into three basic groups.

There are several good arguments in favor of this new product: First is that ubiquinol is the active form in the body. It doesn’t have to be reduced once it is absorbed. Second, it is better absorbed than the oxidized form, ubiquinone.

Is One Form More Effective?

Inside the body, 80% of the CoQ10 exists as ubiquinol. When taken as a supplement, ubiquinone is quickly reduced into ubiquinol just about as fast as it is absorbed. The ratio of reduced to oxidized CoQ10 found in food varies considerably, but in most, the majority is ubiquinone, and ubiquinol makes up only about 17% to 35% of the total content.

Here is the catch: Ubiquinol is better absorbed than ubiquinone.

My first bottom line was to attempt to figure out which products increase blood levels of CoQ10 the most. Unfortunately, no published study cleanly compares all the various products side by side. One has to compile information from various studies, some unpublished, hoping the methodologies are similar enough to yield results that are comparable. Let’s assume they are (which is a weak assumption, but it’s the best we can do at the moment).

Pure crystalline CoQ10 is poorly absorbed by the body. Absorption is clearly improved by mixing the crystalline ubiquinone with various fat delivery systems. The softgel capsules from the late 1990s are advertised to increase levels to 2.56μg/ml (at 60mg/day for four weeks).

With time, the procedure for blending the CoQ10 crystals into the oil became more complex. For example, a “proliposome lipid-soluble delivery system” is advertised to increase CoQ10 levels (100mg TID) to 3.64μg/ml. That’s triple the daily dose of previous studies.

The newer “crystal-free” version claims to have emulsified the CoQ10 molecules into the oil without crystal formation. Though it still only raises levels to 3.43μg/ml, it does so with lower doses. My office has used this version for a number of years.

There is only one study published to date on the absorption of ubiquinol, which was sponsored by the company that manufactures it along with most of the other CoQ10 used by supplement makers (Hosoe et al., 2007). After 28 days of taking 300mg doses per day after breakfast, ubiquinol levels increased from a baseline of 0.66 to 7.28μg/ml. This is something like an eleven-fold increase.

This got my immediate attention.

Certainly, if you compare this with the dry powder standard of CoQ10, which increases levels to only 1.35μg/ml, these numbers are impressive.

The bad news is that this is about all we know regarding the use of ubiquinol in people. Over the last 30 years there have been numerous human clinical trials with ubiquinone. To date, we have only three studies using ubiquinol in humans. The first, from which we pull this data, (Hosoe et al., 2007) looked at toxicity and absorption. A second, Kumar et al. in August 2007, used ubiquinol in heart failure patients. A third, Miles et al. in December 2007, looked at ubiquinol use in children with trisomy 21.

The local laboratory my office uses will measure CoQ10 levels. This doesn’t do us any good, however, as the results are only quantified up to 4μg/ml. Higher results are reported as “>4μg/ml” and patients are not thrilled to pay the cost of the lab test (which can be expensive) to learn that. They like to see specific numbers.

If ubiquinol raises blood CoQ10 levels higher than other forms of CoQ10, can we assume it will have the same therapeutic action as earlier, less absorbable forms, only more so? In other words, if doubling serum CoQ10 levels is helpful, does tripling, quadrupling or increasing it by a factor of eleven provide increasingly greater benefit? Do the benefits of increasing blood ubiquinol levels continue to increase with the dosage, or is there simply a threshold that needs to be crossed to get maximum benefit and above which further increases do not accrue further benefit?

More is not always better. Yet, sometimes it is.

At this point we don’t have the answers.

There may be subsets of the population in which ubiquinol is superior. Some people may have trouble converting ubiquinone to ubiquinol. Or perhaps digestive problems may limit absorption of the crystalline or emulsified ubiquinone products. There may be certain conditions where we want all the CoQ10 in the blood we can get and other conditions where simply doubling baseline levels will be sufficient.

We still have little clinical experience to draw on. While we wait for this to happen, here’s what I’m doing in practice: My office has purchased some ubiquinol and is trying it with patients. We are switching people from the high-end oil emulsions to ubiquinol to see if they feel the difference. We are escalating the doses, knowing that at low doses serum levels don’t differ that much between oil emulsion and ubiquinol. It’s at the high doses of ubiquinol that the blood levels skyrocket. Again, if they don’t feel the difference we will keep them on lower doses. I refer to this approach of determining doses as the Hy-Vee Method, named after a discount grocery store chain in the Midwest called Hy-Vee. Their motto is, “If you can’t taste the difference, why pay the difference?”

Ubiquinol is new, it’s exciting, and it offers the chance to increase serum CoQ10 levels higher than ever before. We should be seeing plenty of research coming out on this in the near future. At present, I just don’t know that it matters how much CoQ10 you get into someone. More is not always better.

But sometimes it is.

Jacob Schor, ND, FABNO is a 1991 graduate of the National College of Naturopathic Medicine and has practiced in Denver for the past 14 years. He served as president of the Colorado Association of Naturopathic Physicians (CANP) from 1992 to 2000, and continues to serve as legislative chair for the organization. He is in practice with his wife, Rena Bloom, ND, current CANP president, at the Denver Naturopathic Clinic.

Kumar A et al: Effect of carni Q-gel (ubiquinol and carnitine) on cytokines in patients with heart failure in the Tishcon study, Acta Cardiol Aug;62(4):349-54, 2007. 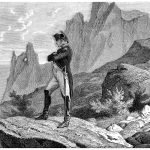 What Shall We Become This Winter?Education 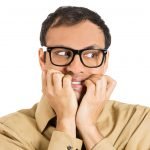