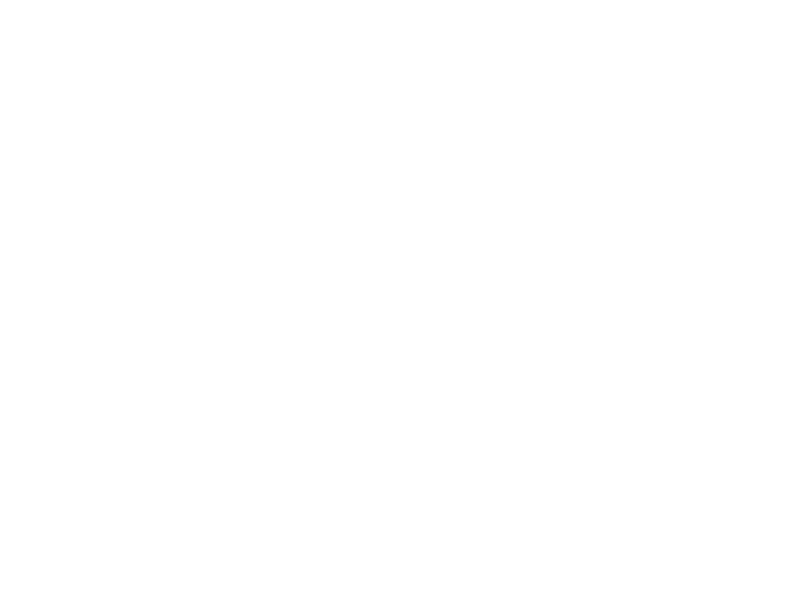 Mind-body medicine is a revolutionary approach to health care that focuses on treating the patient as a totality of body, mind, consciousness, spirit, and soul. Treatment recognizes and brings awareness to the significant role of our emotions, mental states, behavior, social surroundings, and spiritual beliefs that affect our health and well-being. Mind-body medicine uses the processes of the mind to influence the health of the body. The mind-body approach to medicine offers a vital partnership among a wide range of medical practitioners from specialists in the medical and mental health fields. These include primary-care physicians, nurse practitioners and psychologists, as well as mind-body specialists like biofeedback practitioners, meditation teachers, yoga instructors, and psychospiritual counselors. Mind-body medicine is conceived on evidence-based science that was not known or understood until the late 20th century. Understanding the history and evolution of mind-body medicine takes us on an incredible journey of intrigue, power and politics within the scientific community, religious groups, and established institutions with various vested interests at stake.

Going back to the 4th century BC, Hippocrates, who recognized the moral and spiritual aspects of healing, believed that treatment could occur only with consideration of attitude, environmental influences, and natural remedies. This concept – that the mind plays an essential role in creating a healing balance – was embraced as well by both Ayurvedic and Chinese medicine, which also date back over 2000 years.

While this integrated approach was maintained in traditional healing systems in the East, developments in the western world, by the 16th and 17th centuries, began focusing their attention on the newly “discovered” science during this so-called “Age of Enlightenment.” Western medicine became dominated by Descartes’ reductionism/dualism theory. Reductionism stated the world was like a machine, its pieces like clockwork mechanisms, and that this machine could be understood by taking its pieces apart, studying them, and then putting them back together to see the larger picture. This Reductionism school of thought considered the mind as merely part of the body “machine.” Rene Descartes (1596-1650) saw 2 separate parts to man – mind and body. Although the body could affect the mind, no interaction was possible in the other direction; mind simply did not affect the body. The disease process was independent of the mind.

Sir Isaac Newton (1643-1727) expanded Descartes’ works regarding reductionism, ultimately culminating in his Principia Mathematica in 1687, which further advanced the idea of a clockwork universe.

This “new” science led to a separation of human spiritual and emotional dimensions from the physical body. Technological advances (eg, microscopy, the stethoscope, the blood-pressure cuff, and refined surgical techniques) demonstrated a cellular world that seemed far apart from the world of belief and emotion. The discovery of bacteria and, later, antibiotics, further dispelled the notion of belief influencing health. Fixing or curing an illness became a matter of science (ie, technology). Basically, the “powers that be” decided that this new science clearly demonstrated that humans had established control over nature.

Rather than allowing this new science to take a place beside the previously accepted world order of belief, emotion, consciousness, spirit, and soul, it totally replaced this established paradigm. They truly threw out the baby with the bath water. As medicine followed the new scientific lead to separate the mind and body, the perception prevailed that diseases of the mind were not real because there was no known physiologic or biochemical scientific evidence to validate such a notion. The level of scientific knowledge had certainly advanced, but it was still light years from what would be learned over the next 300 years. This reductionistic disconnect took precedence over, not a place beside, the healing connection of the spiritual and emotional soul. This new paradigm would not change until it could be physiologically and biochemically proven that there are such connections. Science basically had to prove the existence of a connection, even if we all innately witness such a connection. Remember, information only went 1 way, according to Descartes and Newton; the mind had no effect on the body.

The Roman Catholic Church, with its immense money and power, controlled the scientific community, thus was the presiding authority on what was acceptable science. The Church had a long history of persecuting scientists who formed theories the Church deemed heretical. Descartes was well aware of the fate Galileo and Nicolaus Copernicus experienced with their heliocentric (the earth revolves around the sun) theory. Descartes was advised to best leave the matters of the mind, soul, spirit, and consciousness to the Church…so he wisely did. The Roman Catholic Church controlled these matters and firmly believed it was its duty to keep it that way.

Physics’ limited materialistic view, which followed Descartes’ and Newton’s theories, remained the gospel for almost 300 years. This materialistic view of physics regarding our actual existence separated matter and energy from the mind, consciousness, spirit, and soul. With this predominant preoccupation of physical science, the investigation for new research on the physiological and psychological connection of the mind and body was basically suffocated. The problem with the physical science paradigm is that it proceeds as if reality is a closed materialistic system. “Physicalism” violates the essence of how the world naturally presents itself. Treating a patient as a physical machine, where emotions and feelings have no recognizable connection, makes no sense, but until cell physiology and biochemistry could prove otherwise, there would be no changes to the “new” (300-year-old) status quo.

The Dismantling of Reductionism

The crack in the reductionism theory can be traced back to the introduction of Einstein’s theory of relativity in 1905. Einstein shook the foundations of physics when he proved that Newton’s Three Laws of Motion were only partially correct, eg, breaking down when velocities approached that of light. Einstein also showed that Newton’s law of gravitation was again only approximately correct, eg, breaking down in the presence of very strong gravitational fields. Newton had no way of knowing these subtleties because science had not evolved to the point of understanding electromagnetic waves, curvature of spacetime, or gravitational lensing.

The previously suppressed and underinvestigated doors of science, physics, and even medicine, were cracked open in the early 20th century by a flood of new scientific discoveries. Quantum mechanics and physics brought to life the reality of the small and previously unseen and unrealized quantum particles. These newly discovered quantum particles are subject to a completely different set of laws than the old-world larger particles we can see. This was the theory postulated by Max Planck in 1900. The “new” science that Descartes and Newton assumed was being radically replaced. Still, the mind-body connection had to be scientifically proven.

In the 1920s, Walter Cannon’s work revealed the direct relationship between stress and neuroendocrine responses in animals. Coining the phrase “fight or flight response,” Cannon described the primitive reflexes of sympathetic and adrenal activation in response to perceived danger and other environmental pressures (eg, cold, heat). Hans Selye further defined the deleterious effects of stress and distress on health. At the same time, technological advances in medicine that could identify specific pathological changes, and new discoveries in pharmaceuticals, were occurring at a very rapid pace. The disease-based model, the search for a specific pathology, and the identification of external cures were finally being challenged with the advent of new discoveries in science.

During World War II, the power of placebo was recognized as a scientifically viable phenomenon. Henry Beecher, an Army medic, “discovered” the placebo effect when he ran out of morphine for the wounded soldiers he was treating. He replaced the pain-killing morphine with a simple saline solution, but continued to tell the wounded soldiers it was morphine, to calm them down. To his surprise, almost half of the soldiers reported that the inert saline solution actually reduced or erased their pain. Exactly how placebos worked to relieve pain and other symptoms was a mystery, but neuroscientists of that era had uncovered several important clues. They theorized that placebos must play a role in helping the brain release natural chemicals and changing brain activity in ways that mimic the effects of real drugs and treatments.

What were these chemical communicators that were facilitating this placebo effect? Is there a biochemical and physiological answer to the connection of the mind and body? Enter Candice Pert, PhD, who started out being a molecular biologist researching receptors of psychoactive drugs, particularly the opiate receptors. In her studies, Dr Pert developed ways to measure these receptors that had been hypothetical up until that time. This led to the discovery that the brain makes its own morphine in the form of endorphins (which is shorthand for endogenous morphines). These endorphins and other chemicals like them (peptides) are found not just in the brain, but also in the immune system, the endocrine system, and throughout the body. A peptide is made up of amino acids, the building blocks of proteins. These peptides mediate intercellular communication throughout the brain and the body. These neuropeptides and their receptors have been theorized to be the biochemical correlates of emotions.

Finally, a scientifically-based (both biochemical and physiologic) explanation that clearly demonstrated the unique pathways connecting the mind to the body was firmly established. For some 300 years, reductionism ruled. Now the recognition of this mind-body interconnectedness had finally passed the scientific litmus test.

The health benefits of mind-body medicine have barely touched the surface of what it offers for future health and well-being. Realizing that our minds and what we feel, think, believe, and practice can affect our physical and mental health is truly an amazing tool in our ability to personally create not only better health, but also the potential for a less stressful and more peaceful lifestyle.

Why the mind-body modality, which offers such readily available self-empowerment and self-care, has not been more readily utilized is perplexing. The cost certainly isn’t the issue, since the cost is very low. The clinical results can often be so dramatic that they border on the miraculous, and the fact we can easily be taught to integrate such practices into our daily routines makes it appear to be a no-brainer.

I believe that naturopathic doctors and other practitioners of integrated medicine have an inside track on utilizing the mind-body modality. Naturopathic philosophy stresses the importance of treating the whole person – mentally, emotionally, and physically. It is taught from Day 1 that Hippocrates was indeed correct when he made the connection, almost 2500 years ago, that the mind is a determining factor in what the body manifests. 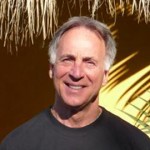 Jim Massey, ND, Is a naturopathic physician licensed in Oregon and Arizona (retired) and practicing since 1985. He was the cofounder of the Wellness program at NCNM in 1983, and graduated from NCNM in 1985. He was the one of the first licensed naturopathic doctors to practice in North Carolina and cofounded the North Carolina Association of Naturopathic Physicians in 1985. He served as a board member on the AANP from 1994-1996, working with Bob Timberlake on state licensing and chairing the Public Relations department. He and his wife, Karen, founded Mountain Peak Nutritionals in 1996, which specializes in creating “condition specific formulas®” for healthcare professionals. Dr Massey has focused and taught clinical nutrition, homeopathy, and mind-body medicine. He and Karen have lived in Portland for the last 10 years, gardening and growing their company. 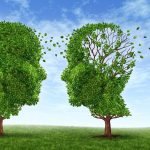 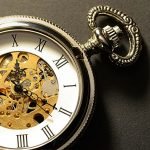 Perception of Time: How Its Assessment Can Create Meaningful ChangeMind/Body