I have had a professional naturopathic practice for 30 years now. A substantial part of the practice focuses on the mind technologies that utilize the power of the subconscious mind to influence disease outcomes. A subset of my practice has been devoted to the alleviation of “smoking addiction” in those individuals who present in the practice with the desire to “quit.” Over the years, I have been made aware of many misconceptions and beliefs held by most healthcare professionals, the general public, and smokers themselves regarding so-called “smoking addiction.” The premise of this article is that smoking is a “mind addiction” (ie, generated by the mind and the subconscious mind, in particular), rather than just a physical addiction to the dopamine effects of nicotine ingestion – and that this is why the “Mind Technologies” have the potential to be of greatest therapeutic relevance to the alleviation of this type of addiction.

Addiction can be defined as drug-seeking behavior and abuse, even in the face of negative health consequences. The science behind the hypothetical physical smoking addiction suggests that nicotine is a “psychostimulant drug of abuse” and “the accumulation of evidence supports the hypothesis that “mesocorticolimbic dopamine systems mediate the reinforcement for continued drug use despite the harmful consequences,” according to J.A. Dani, in Molecular Psychiatry.1

Chronic smokers appear to have smoking-related deficits in brain dopamine, which return to normal by 3 months after quitting. This suggests that “smoking-related deficits [of dopamine] are a consequence of chronic smoking rather than a risk factor.”2 Nicotine also creates a condition called “long-term potentiation” due to its effect on GABA receptors, which is to decrease the inhibitory GABA response.3 In my opinion, this is the probable reason why many smokers tend to have some form of anxiety disorder.

The conclusion of the US Surgeon General in 2010 was that nicotine is as addictive as cocaine or heroin.4  If this were the case, however, how is it that a high percentage of smokers in my practice have 1 extended session of hypnosis and walk away as non-smokers (no more addiction) and ex-smokers (no habit associations)? How is it possible for a female patient, with at least a 2-pack-a-day addiction, to go “cold turkey” from cigarettes upon becoming pregnant, with virtually no cravings or side effects?

From the physical modality perspective, there are naturopathic ways to influence dopamine and GABA levels. These measures are important and should be utilized as part of the therapy, when indicated. That being said, I believe that there are 2 aspects of smoking addiction that must be addressed for the therapy to be truly successful and permanent: 1) the “mind” addiction; and 2) the habitual/automatic behaviors. Both of these aspects are under the direct control of the subconscious mind, where addictions and automatic behaviors originate. This is why the conscious mind/will power has very little to do with quitting; it is also the reason why techniques or modalities for the alleviation of smoking addiction that do not include a subconscious component often fail to produce permanent results.

The combination of techniques that I use with a smoker, as well as with my patient population at large, is a process I have named M.A.P., or the Mind Alignment Process. It is a combination of applied kinesiology, biomedical hypnosis, energy tapping, timeline techniques, and quantum physics. The integration of these techniques is designed to powerfully influence the subconscious mind. For our purposes here, I would like to focus on the hypnotic approach and a little quantum physics as they relate to smoking addiction.

According to quantum physics, the quantum field (no space, no time) interacts with subatomic particles in manifesting reality (in time and space). In a phenomenon called the “observer effect,” or the “collapse of the wave function,” the electron exists as a wave of probability in one moment, and then in the next moment appears as a solid particle.5 Only when an observer focuses his attention on any location in this infinite field does the electron appear. Theoretically, we should be able to “observe” any possibility into reality – including the smoker observing himself as a non-smoker.5 The first step is to identify and bring to conscious awareness the beliefs that have already been made manifest and are being maintained in the subconscious mind (ie, the limiting beliefs and associations of the smoker).

In the case of a smoker, he or she has had the dopamine mechanism stimulated by nicotine, making the person feel “good,” or at least better than before. The subconscious mind – the queen of association – creates the associative belief  that “smoking makes me feel good.” The emotions/feelings accompanying sensory input bypass the thinking mind and go directly into subconscious storage.6 The problem for the intractable smoker is that this association over time becomes “smoking is the only way for me to feel good,” or “I have to smoke to feel good.” This is a lie, of course, but this subconscious associative belief does not have to be logical or true; once “installed,” the association is acted upon “as if” it is true, until it is told to do otherwise. The subconscious mind then stimulates the laying down of the appropriate neurological networks to recreate this effect.

Hypnotherapy allows access to the subconscious so that fixed ideas or associations can be replaced or revised with new interpretations.6 For smokers, the most common new beliefs to be installed include: “I can quit smoking,” “I deserve to quit smoking,” “It is safe for me to quit smoking,” and “It is good for me to quit smoking.” It stands to reason that – assuming hypnotic techniques can replace old perceptions or associated beliefs – new neuronal networks will form under the subconscious mind’s directive and the old ones will dismantle themselves or, at the very least, deactivate themselves. Once this has occurred, it is as if the individual never smoked at all. A new quantum possibility has been made “real.”

I use several postulates in my work with smokers, based on my knowledge of hypnosis and quantum theory:

In this article I have attempted to convey my belief – born of my experience (ie, “evidence-based” work with smokers) – that smoking addiction is a subconscious “mind” addiction, as opposed to the mechanistic medical viewpoint that smokers are physically “addicted” to the effects of nicotine on dopamine release and GABA receptors. As powerful as naturopathic methods are in effecting physiological changes, the mind has a greater influence and should be considered in any addiction situation. 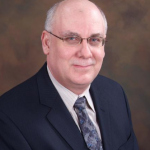 Robert L. Gatis, BSc, ND, FAARFM, is a 1987 graduate of CCNM in Toronto, Ontario. During his 30 years in practice, Dr Gatis has developed a keen interest in the multidimensional approach to healing, recognizing that disease is an expression of our inner selves and is meant to be learned from rather than feared. He is presently exploring the effect of the mind, emotions, and belief systems on chronic disease development. Toward this end, he has acquired advanced training in hypnotherapy, NLP, Time Line Therapy, and Matrix Re-Imprinting. Dr Gatis is also an Advanced Fellow (2013) in Anti-Aging, Restorative and Functional Medicine with the American Academy of Anti-Aging Medicine. 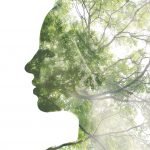 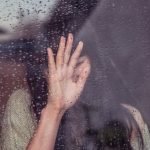