There is a great deal of research available on nutraceuticals, chemical constituents in plants, whole herbs and foods that support systemic detoxification by a variety of mechanisms. I’m not going to write about those this time. Instead, let’s focus on what a whole detoxification regimen might include in addition to those pills and potions.

Following are some “down home” remedies, measures that patients can take in their own homes to complement detoxification nutraceuticals and products. Our higher tech options, well discussed in naturopathic circles, include lipoic acid, glutathione, cysteine, MSM, probiotics, etc. Our “lower tech” options are just as numerous and effective.

Use patient-specific nutraceuticals and round out your detoxification regimens to include some of these simple, inexpensive, down-home ideas. I assume all NDs would put together diet plans – limiting sugar, fried foods, alcohol, caffeine, and allergens; including fasts and modified fasts – it goes without saying. Included here are some Down Home Detox Recipes that can be given to patients as handouts, offering appealing ideas of what they “get to eat” rather than what they “are not allowed to eat.” Turn negatives into positives wherever possible. Instead of presenting restrictions and rules, offer an enthusiastic plan for a week’s worth of easy meals, and undesirable foods will naturally be crowded out.

If in Doubt, Treat the Liver

A mainstay of herbal detoxification involves supporting the liver. Alterative herbs have been recommended for centuries as hepatotonics. Cholagogues are valuable remedies in detoxification regimens. Taraxicum, Berberis, Rumex, Arctium, Curcuma and Silybum are a few such herbal options, although only the latter two are well researched.

Try this simple tea that has liver support herbs as a base and tastier synergist herbs to round out the flavor and activity. This tea is best decocted (gently simmered) rather than infused, as the ingredients are rather hard and dense and are best extracted with a short simmer.

Combine equal parts for starters, adding more or less of the Zingiber, Glycyrrhiza or Cinnamomum as desired to adjust for personal tastes. Simmer 1tsp per cup hot water, ideally 5 or 6tsp and 5-6 cups of water, to be prepared each morning and consumed over the day to support the liver and detoxification process. Berberine in Mahonia improves the liver’s metabolism of glucose and lipids (Zhou, 2008). Taraxicum root contains the cholagogue nutrients choline and methionine. Cinnamomum has been noted to reduce markers of oxidative stress in the liver as well as significantly reduce serum glucose (Kim, 2006).

The emunctories are obvious direct routes to clearing toxins and normal metabolic wastes from the body. The liver, kidneys, lymph and skin are the main emunctories, and supporting them all simultaneously is appropriate for detoxification programs. The liver might be addressed with the tea described previously, along with Silybum (Milk thistle), Curcuma (Turmeric), lipotropic products or your favorite nutraceuticals.

The kidneys can be supported simply by avoiding coffee, alcohol, soda and sweetened beverages, and replacing them with pure water or close-to-water beverages, such as herbal teas and lemon water. This is a hidden agenda of prescribing herbal teas (hee hee): Prescribing consumption of 6 cups of a tea per day by default increases their fluid intake and crowds out less healthy beverages.

Supporting the lymphatic system in my down home protocol is accomplished by exercise, motion in general, and that naturopathic classic of castor oil packs (to be discussed shortly). If your patient appears to have a “lymphatic constitution,” evidenced by chronic infections of the mucous membranes, chronic tenderness, swelling or infection of the lymphatic organs, add additional lymphatic support. When there are issues with the tonsils, lymph nodes, breast pain or cysts, add lymphagogue herbs to the tea or protocol. Botanical agents that have an affinity for the lymph include Phytolacca (poke root), Calendula (pot marigold), Galium (cleavers) and Ceanothus (red root).

Promotion of sweating is one of the best ways to assist the skin in eliminating wastes. Exercising to the point of sweating is at the foundation of all health promotion programs. Another way of inducing a sweat is with saunas, infrared lights or other sources of heat. Fever opens the pores and stimulates the elimination of wastes through the skin, as well as creates positive immune and detoxification responses. Following is a down-home method of promoting perspiration.

You don’t need a sauna to gain the health benefits of a short febrile state. Encourage patients to work up a sweat by getting into a hot bath and drinking a hot tea. The use of diaphoretic herbs that facilitate sweating is immensely helpful here. Achillea (Yarrow) tea is a great diaphoretic, though it can be somewhat bitter. Have the patient try simmering fresh Zingiber root slices in water, tossing in a teaspoon or two of dried Achillea flowers and steeping 5 minutes more, then straining and adding a bit of maple syrup and the juice of a freshly squeezed lemon or orange. Have them take the tea tub side and aim to drink 3 cups of hot tea in fairly rapid succession while in a hot bath.

Fever baths are a great complement to any detoxification program and should be done at least once a day for a 10- to 14-day period. If a person has the luxury of time, twice a day (morning and night) would be helpful. To further enhance the detoxification process, add a liberal quantity of Epsom salts to the bath. Bathing in mineral salts may reduce circulating levels of inflammatory enzymes including catalase, superoxide dismutase, malondialdehyde protein and glutathione peroxidase (Bender, 2007). Russian researchers have reported that soaking in mineral salts improves symptoms of stress and enhances the urinary excretion of adrenaline and noradrenaline, ketosteroids and corticosteroids (Tarkhan-Mouravi and Arakishvili, 2005). Many eclectic physicians and authors recommended Epsom salt soaks for cancer patients as a supportive and therapeutic measure. The sulfur of Epsom salts (magnesium sulfate) may offer detoxification support through the skin. Larger quantities of the salts are best, such as several quarts at a time. This can be offered cheaply to patients by purchasing 50-pound bags from a chemical supply house and helping to load into patients’ cars. The entire 50-pound bag may be used if bathing twice daily over a 2-week detoxification regimen.

Speaking of sulfur … the stinky element has sometimes been referred to as the elemental centrifuge. Plain and simple sulfur, as a homeopathic, food constituent, Epsom salt soak and a simple element, is detoxifying. Many of the liver detoxification enzyme systems are sulfur based. Many nutraceuticals for liver detoxification, bile flow and enzyme support are sulfur-containing, including glutathione, MSM, DMSA and methionine.

As an element on the planet, sulfur exists primarily as a gas, such as in volcanic fumes, and sulfur likes to become a gas whenever possible, moving out of a denser material and volatilizing upward and outward. Similarly, when consumed in foods, sulfur likes to free itself and move out the body via the lungs, such as in eating garlic and producing strong-smelling sulfur breath, or eating raw broccoli and producing rumbling in the intestines.

Foods that are rich in sulfur-containing compounds can be inexpensive dietary detoxifiers. High sulfur foods such as Alliums (garlic and onions) and the Brassica family of vegetables (broccoli, cabbage, cauliflower, Brussels sprouts) have been credited with immune-enhancing and anti-cancer activities as well (Hoelzl, 2008; Thejass, 2007). Recommend that patients eat a minimum of cups of these veggies each day, and offer preparation ideas in your recipe handouts.

From Edgar Cayce on, the use of castor oil packs over infections, congested organs, tumors and other pathologies has been a mainstay of naturopathic medicine. Research has shown that castor oil (Ricinus communis) is high in lectins and other chemical constituents that have an affinity for white blood cells. Castor oil constituents appear to stimulate white blood cells to respond to their environments and recognize antigenic offenders (Shekhtman, 1997; Choi, 2006).

Furthermore, lectins play a role in cell to cell adhesion, both gluing cells together more tightly and opening portals between cells, allowing substances to move in interstitial spaces and lymphatic channels (Day, 2002). Research on lectins validates the folkloric claim that castor oil can be used topically to accomplish lymphatic and immune response in underlying tissues and organs.

I trust that all NDs are greatly talented in devising dietary programs to support detoxification. But I also know how much time it takes to explain, educate and motivate, so patient handouts are extremely helpful. Here are a few simple down-home detox recipes to add to your collections.

Place peeled garlic and sesame seeds in a small sauce pan and sauté in the sesame oil until garlic is soft and toasted.

Transfer to a blender with the entire red onion, and chop into blender-size pieces. Place the spices, honey, vinegar, miso and yogurt in the blender and puree. Transfer to a jar and refrigerate to use as a salad dressing.

Gently steam entire whole leaves of the mustard greens until just soft; drain and refrigerate. Julienne the carrots and place in a large salad bowl. Thinly slice the Savoy and purple cabbages, mince the onion; combine with carrots and chill.

At serving time, stir desired amount of the Onion Garlic Dressing (from the previous recipe) into the chilled cabbage blend. Cut the whole steamed mustard green leaves into 5-10 pieces and arrange on individual salad plates. Cover with a serving of the fresh coleslaw and top with toasted almonds.

Jillian Stansbury, ND has practiced in SW Washington for nearly 20 years, specializing in women’s health, mental health, and chronic disease. She holds undergraduate degrees in medical illustration and medical assisting, and graduated with honors in both programs. Dr Stansbury also chaired the botanical medicine program at NCNM and has taught the core botanical curricula for more than 20 years. In addition, Dr Stansbury writes and serves as a medical editor for numerous professional journals and lay publicans, plus teaches natural products chemistry and herbal medicine around the country. At present, she is working to set up a humanitarian service organization in Peru and studying South American ethnobotany. She is the mother of two adult children, and her hobbies include art, music, gardening, camping, international travel, and the study of quantum and metaphysics. 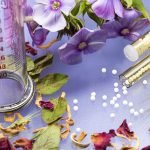 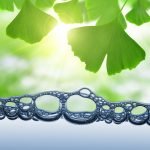