All the chief pores of the whole body are opened by the Spanish mantle in a very mild way; the dirt and phlegm are excreted. – Benedict Lust, 1900, p.37

Younger persons dip the Spanish mantle into a cold decoction of hay flowers, older people into one that is warm. – Benedict Lust, 1903, p.318

The interestingly named “Spanish mantle” was an ingenious way of applying a full-body wet sheet without the fuss of needing an attendant to help apply the application. Hartman tells us that the Spanish mantle “has its name from a Spanish priest, who applied it very often.” (Hartmann, 1905, p.373) Used for serious illnesses, the Spanish mantle was used by the early Naturopaths along with other smaller water applications. This is an important point that we must not overlook. The early Hydrotherapists did not apply cold, full-body water applications, one after another. Rather, they spaced these between smaller hydrotherapies, and would often only prescribe 1 or 2 times a week. The Spanish mantle was considered invaluable, and was used for many different ailments.

The primary reason to use a full-body wet wrap such as the Spanish mantle was to dissolve impurities of the body, for elimination. The Spanish mantle consequently produced a good sweat, which succeeded in the excretion of waste matter from the body. After a treatment, it was important to wash the patient with cold water. (Lust, 1904, p.148)

How To Apply A Mantle

The procedural steps for the Spanish mantle are much like the “wet sheet wrap.” The material used for the mantle was coarse linen, constructed into a large shirt that opened to the front and extended to the feet. “It should resemble a very wide, long night gown, open in the front.” (Lust, 1900, p.36) Before putting on the mantle, it is “dipped into cold water, wrung out and put on like an ordinary night shirt; one part folded will cover the other in the front.” (Lust, 1900, p.36)

Once the mantle is put on, the patient is next wrapped up within blankets that have been prepared beforehand. “As a rule, this application should not last longer than from one to two hours at the most. The duration depends upon the strength of the patient.” (Lust, 1900, p.36) Essentially, the more robust and larger the body mass, the longer the treatment time. Hartmann recommended that whole-body packs such as the wet sheet wrap, when utilized with less robust patients, be applied as follows: “[for] delicate people one-half hour is sufficient; strong persons must have one and a half to two hours.” (Hartmann, 1905, p.373) Hartmann considered the Spanish mantle to be a treatment that could be applied “longer than other packs because the whole body lies in a pleasant vapor.” (Hartmann, 1905, p.373) He applied these mantles for up to 3 hours.

The relaxation felt by those using the Spanish mantle induced sleep. “If the patient falls asleep, he should not be disturbed, but as soon as he wakes, he must be taken out of these wraps.” (Hartmann, 1905, p.373)

Benedict Lust recounts a story from Kneipp of a patient with heart weakness and hemorrhoids. Kneipp had prescribed the Spanish mantle 1 or 2 times a week. So impressed was the man with the results, that he adopted the Spanish mantle as his nightly ritual. Lust writes, “[The man] puts it on when he goes to bed and takes it off when awakening during the night or in the morning. To make the help of others unnecessary, he has a second Spanish mantle made of wool which he puts over the wet linen one.” (Lust, 1900, p.36) This is an ingenious method to simplify the use of the Spanish mantle.

The temperature of the water used was generally cold; however, for “those who are afraid of cold water, weak or aged people or those of poor blood may dip the mantle into hot water.” (Lust, 1900, p.36) Kneipp used hot herbal decoctions to enhance the healing potential of his compresses and wraps. For example, “in cases of gout [or kidney stones], the Spanish mantle may be dipped into a decoction of hay flowers, oat straw or pine sprigs.” (Lust, 1900, p.37) Hartmann used pine or fir branches prepared into a decoction that was especially indicated for gout. He emphasized that this should be applied as hot as possible. (Hartmann, 1905, p.373)

The Proof Is In The Laundry

The water applications that used compresses and wet sheets were valued for their ability to draw out of the body unwanted toxins and morbid matter. “[The Spanish mantle] is an excellent remedy for gout, mucous, and typhus fever.” (Lust, 1903, p.318) Hartmann used this water wrap for obesity to help lose weight, and for fever and pulmonary inflammation. He also found the Spanish mantle “excellent in the early stages of typhoid fever.” (Hartmann, 1905, p.374)

The Spanish mantle was often used to complement local treatments. A case illustrating the use of the mantle was presented by Lust. “A priest lost his voice and consulted the most renowned physicians for five years. He inhaled much, he had the parotid glands cut, all in vain.” (Lust, 1900, p.154) He turned to hydrotherapy and regained his voice within 6 months. The protocol prescribed for the priest was as follows:

The patient took in the week: a head-vapor and a foot-vapor, an upper and a lower gush. To contract the bloated parts of the body, he descended four times weekly into the cold water (to the arm-pits) remaining in it for one minute during which time he vigorously washed his upper body. He also took the Spanish mantle once a week. After four weeks the applications were reduced to one upper and one lower gust and one half-bath weekly. (Lust, 1900, p.154)

Rheumatism was also well suited to warm Spanish mantles that were combined with various other water applications. “A warm Spanish mantle, therefore, and head and foot steam-baths, but by no means too many applications, or in too quick succession, for such a patient, already weakened as he will have been by previous suffering, cannot have any great reserve of vital force, and the consideration of that fact must enter into the doctor’s calculations.” (Lust, 1900, p.150) A general rule of thumb regarding the use of any warm water application was to conclude with a cold water treatment, such as an affusion of the upper or lower body or a knee gush. The early Hydropaths stressed that during any treatment protocol, care must be taken to not overdo water treatments. For example, only 1 cold procedure was allowed in a day.

Lust recounts a case of a pastor stricken by a stroke:

One hand, one foot, one whole side of his body was totally paralyzed, voice and consciousness were also gone. Remedies were applied for several days, but without success. The physician declared that the one side would remain paralyzed as it was, and that a second stroke was likely to follow the first and put an end to the poor gentleman’s life.” (Lust, 1901, p.77)  Treatment began with a series of cold and warm washings and vapor baths for the first 2 weeks. By the third day, the paralyzed limbs showed signs of sensation and hope. The next 3 weeks followed with more water therapies. “The cure was completed by upper and lower gushes applied alternately with the Spanish mantle. It was indeed no easy work, but the gentleman recovered his former health insomuch as to be able to say Mass daily, and to sing it occasionally, to visit the sick, and to attend to his correspondence.” (Lust, 1901, p.77) This case illustrates to us that numerous hydrotherapies were used and the Spanish mantle was best to finish the case.

Dr Theodore Jacquemin recommended the Spanish mantle for diphtheria for the purpose of inducing sudorific effects. Father Kneipp, who had treated many infectious diseases such as diphtheria, knew very well that using vigorous water applications for the sole purpose of increasing perspiration was salutary and essential for the complete cure. He continues, “In each individual case, the physician has to order the special applications, be these packs around the throat, ablutions over the whole body or part of same, compresses of ice water, applications of Foenum graecum porridge, half bath, packs on the feet, Spanish mantle and so forth.” (Jacquemin, 1908, p.159)

As will appear in the next volume of the Hevert Collection, Clinical Pearls in Naturopathic Medicine, there are many cases where the Spanish mantle provided relief and was curative. When the author reveals the logic of their clinical intervention, we are handed valuable tools to replicate. When these pearls are not given freely, it is up to us to re-discover and make use of them confidently. 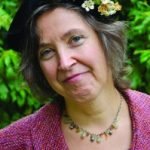 Sussanna Czeranko, ND, BBE, graduate of CCNM, is a licensed ND in Oregon. Sussanna has developed an extensive armamentarium of traditional nature-cure tools for her patients. A frequent presenter, she is especially interested in balneotherapy, botanical medicine, breathing and nutrition. As Curator of the Rare Books Collection at NUNM, she has completed Hydrotherapy in Naturopathic Medicine, the tenth book of the 12-book series in the Hevert Collection. The development of her new medical spa in Manitou Beach, Saskatchewan – the site of a magical, saline lake – is complete. Her next large project is to host doctors interested in celebrating and sharing the wealth of our traditions. Join her and others for the Inaugural “Finding Our Roots Again Retreat,” August 12-19, 2018. www.Manitouwaters.com 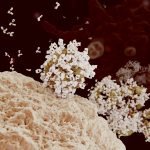 A Century After the Spanish FluNature Cure 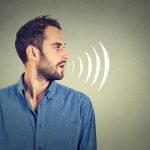 Shut Your Mouth & Save Your Life: What Catlin Taught Early Naturopaths About BreathingClinical Pearls, Nature Cure