A new research study adds a little more direction to the clinical applicability of medical genetics with a more definitive ruling on telomere length and aging. It is well known that telomere length is correlated with the aging process, longer telomeres being associated with a younger biological age. Telomeres are the endcaps of DNA strands that protect our genetic information, as we age they become shorter. When first discovered it was assumed their length was fairly static, and that the aging process shortened them, leaving people little room for dictating their own longevity. However, it didn’t take long for that assumption to be replaced by a more dynamic view of telomeres, one which helps explain why healthier people live longer, hmmmmm, strange how when we look long enough science seems to support what we already know. Telomere length responds to all types of environmental and physiological factors, good and bad: nutritional state, exercise, toxic exposure, stress, and illness1 are just some of the factors affecting telomere length.

A new NHANES investigation gives some definitive targets on exercise, relating to longer telomere length. The study looked at 5,800 adults from the CDC’s National Health and Nutrition Examination Survey (NHANES) data set comparing over 60 different types of physical activities to various telomere length.2 The study concluded that high levels of exercise is associated with a telomere length indicative of 9 years reduced cellular aging compared to those who are sedentary. The high level group also had a 7 year biological age advantage over those who were moderately active. Highly active was jogging at least 5 days a week for 30 minutes for women, and 40 minutes for men.

Conclusion of the Study

The conclusion of the study, in a comment from the author: “if you want to see a real difference in slowing your biological aging, it appears that a little exercise won’t cut it. You have to work out regularly at high levels.” The study also found something very interesting, that the difference in telomere length between those who got low to moderate exercise and people who didn’t exercise at all was negligible. This isn’t to say that moderate exercise is not beneficial to health in other ways, only that its association with telomere length isn’t favorable. 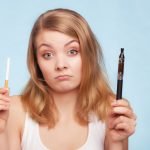 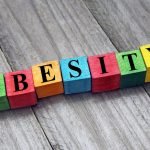 Obesity Classified as a DiseaseNaturopathic News