Obesity Classified as a Disease

The World Obesity Federation reminds us this week that obesity is a chronic disease. In a position statement intended to further stimulate action against the obesity crisis, and its comorbidities, and combat the stigma around obesity, World Obesity Federation offers the definition of a “chronic relapsing disease process.”1 Defining obesity as a disease process is nothing new, extending as far back as 1977 in conventional medical literature,2 and probably further. The American Medical Association, World Health Organization, and National Health Institute all define obesity as a disease process, and in 2010 the Scottish Intercollegiate Guideline offered up this succinct rationale: “obesity is defined as a disease process characterized by excessive body fat accumulation with multiple organ-specific consequences.”3

The organ specific sequelae of obesity such as fatty liver disease, cardiovascular complications, and endocrine dysfunction mean that there is more to consider than simply losing weight through conscious dieting. Obesity, when defined conventionally as a disease process, attempts to eliminate the biased assessment that weight is purely under the control of the individual. The tendency to “blame” individuals for their obesity is as silly as “blaming” them for their cancer, or lung disease. Sure, there may be aspects of healthy living which can, and do affect the ultimate outcome – in this case, weight gain. But once this weight has been had, getting rid of it is often not as simple. There are many underlying factors which contribute to this disease process, such as toxic exposure, end organ damage (such as liver function, nutrient absorption through the intestine), and psychological factors which may be impacting an ability to consciously change behavior.

The classification of obesity as a disease is really an opportunity for us to stand strong in a united effort to help a sick population – just like we do with breast cancer, lung cancer, and autoimmune conditions. It is also a key to use insurance coding to justify and validate lifestyle, psychological, and more frequent health management protocols. 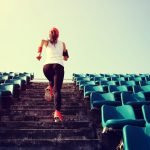 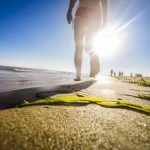