Aspirin prevented serious vascular events in patients with diabetes who did not already have cardiovascular disease, but it caused almost as many major bleeds and there was no effect on cancers. These are the late breaking findings presented recently in a Hot Line Session at ESC Congress 2018 and published in the New England Journal of Medicine.

Patients with diabetes are at increased risk of cardiovascular disease

Professor Jane Armitage, principal investigator, Nuffield Department of Population Health, University of Oxford, UK, said: “Even though we showed clearly that aspirin reduces the risk of vascular events, including heart attacks, strokes, and mini-strokes, it also increased the risk of major bleeds, mainly from the gastrointestinal tract, so overall there was no clear benefit. It had been suggested that low-dose aspirin might protect against cancer, but we saw no reduction in any cancers; we are continuing to follow the participants to see whether any benefits appear later.”

Serious health outcomes that occurred to participants during follow-up were then recorded, including in particular:

Consequently, overall, the numbers of participants who avoided a serious vascular event were counterbalanced by the numbers who suffered a major bleed. Even among the participants in the trial at highest vascular risk (over 2% per year), there were similar numbers of serious vascular events avoided as major bleeds caused. It was not possible to identify a group of patients in the trial in whom the benefits clearly outweighed the risks.

Previous studies suggested aspirin might produce a reduction in cancers in the gut, with effects increasing over time

Previous studies had suggested that aspirin might produce a reduction in cancers in the gut (especially in the bowel), with the effects increasing over time. A large number of cancers were observed during 7.4 years of follow-up in the ASCEND trial. However, no effect of aspirin on incident gastrointestinal cancer was observed: 157 (2.0%) participants allocated aspirin and 158 (2.0%) participants allocated placebo (p=0.95) reported these cancers. Nor was there any apparent effect of aspirin on the overall risk of cancer (11.6% of those allocated aspirin versus 11.5% of those allocated placebo; p=0.81). Longer-term follow-up is ongoing to see if any effects on cancer emerge later.

Professor Armitage said: “We have shown conclusively in ASCEND that aspirin reduces the risk of vascular events in primary prevention, as it does in people who already have cardiovascular disease, but these benefits are counter-balanced by the number of major bleeds caused by aspirin. This is an important finding with implications for many millions of people who have diabetes but have not yet had cardiovascular events. Current clinical guidelines vary in their recommendations about the use of aspirin for primary prevention because of a previous lack of clear evidence. The results of ASCEND now provide much needed clarity.”

“The trial participants were well-managed both for their diabetes and their cardiovascular risk,” she added. “Most participants were taking proven safe treatments, such as statins and blood pressure reducing medicines which will be protecting them from heart attacks and strokes. For them, we have shown that there is no added benefit of taking aspirin.” 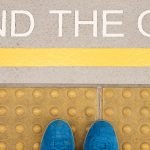 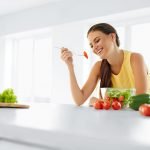