A recent study from Ireland has found that belly fat is associated with lower cognitive functioning in older adults (60 years and older).1 The study may have profound implications for a global dementia population that is predicted to increase 3-fold by 2040.

Previous research has seen that overweight individuals underperform normal weight controls on tests of memory and visuospatial ability. That these findings hold true for older adults has not been as thoroughly studied, until now.

Concern not just for Ireland, but the industrialized world at large (pun intended)

This is concern not just for Ireland, but the industrialized world at large is experiencing the biggest increase in healthcare needs coming from a rapidly growing elderly population, as the baby boomer generation begins to enter into old age. Obesity is a central concern for this patient population. In Ireland, over 50 percent of those over 50 years of age are classified as obese, with only 16% of men and 26% of women reporting healthy weight. These trends are similar for the United States.

The research study looked at data from roughly 5,000 individuals as part of the Trinity Ulster Department of Agriculture (TUDA) aging cohort study. The study looked at how waist-to-hip ratio was connected to cognitive performance. Waist-to-hip ratio is a measurement which indicates visceral adiposity, or belly fat. It is generally known that this particular type of body fat is associated with increased metabolic risk, cardiovascular disease and inflammation. 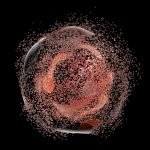 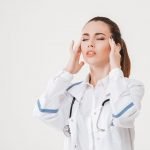