A recent article was published in Current Problems of Pediatric and Adolescent Health Care, outlining the use of complementary and alternative medicine (CAM) treatments for the treatment of childhood asthma.1 Though many of the treatment methods are very common, generally accepted, and routinely used within a naturopathic scope of practice, it is important to be aware of peer reviewed journals supporting these therapies. The introduction of the article states that 89% of parents use CAM therapies to treat their children’s asthma, which is great news supporting referrals to naturopaths from conventional providers and for naturopathic primary care. The article concludes, specifically supporting the use of diet (including the optimization of essential nutrients such as vitamin D, magnesium, and omega-3 fatty acids), exercise, mind–body therapies to manage stress, massage, and acupressure as helpful in the management of asthma.

The article also lists Maternal in-utero dietary influences as having an impact on childhood asthma, and other diseases. Specific agents addressed are fast food and artificially sweetened soft drinks. The review supports maternal diets high in fiber, antioxidants and omega-3 fatty acids as being protective against asthma. Breastfeeding for longer duration was also found to be protective against the development of asthma. Prenatal and postnatal exposure to antibiotics were found to be associated with an increased risk of wheezing.

Dietary and lifestyle factors, such as a higher consumption of nuts, vegetables, and lower intake of high-fructose corn syrup-sweetened drinks were associated with less wheezing. Elimination diets are advocated for uncovering food sensitivities. Limiting exercise and physical activity was not advised, but rather children should be supported in activity to their level of ability. Sleep, obesity, and hydration status are all factors specifically addressed as being beneficial.

Mind-body therapies such as biofeedback and guided imagery were discussed as being beneficial to the stress component of chronic asthma, as well as breathing exercises. Homeopathy, acupuncture and herbal preparations (including Lobelia) are mentioned, as well as massage and spinal manipulation. Specific dietary supplements which were favorable were omega-3 fatty acids, vitamin D, magnesium and l-carnitine. 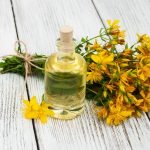 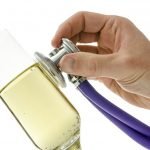 Could Treating Alcoholism be a Little Easier?Naturopathic News