Could Sugary Drinks be the Cause of Infertility (Men, too)?

We all know that sugar isn’t the best thing in the world for our health. In fact, most people, when asked, will admit to a desire to cut back on their sugar, or acknowledge that sugar consumption is an unhealthy factor in their life. And many of us may hold the opinion that a little bit of sugar is okay, and it probably is, however, a recent study has shown that when it comes to fertility, as little as one sugar-sweetened beverage could decrease a couple’s ability to conceive.1 That’s right, men’s fertility seems to take a nosedive with sugary beverages, too.

Just One Sinks the Ship

It is estimated that infertility affects roughly 15 percent of couples in North America, and costs an estimated 5 billion dollars in health care costs annually. It is important to identify controllable risk factors such as diet to help couples conceive thus reducing the psychological and economic hardship on these individuals.

The study looked at information from the Pregnancy Study Online (PRESTO), an ongoing prospective cohort study of North American couples that is web-based. The researchers looked at 3,828 women (21-45 years) and 1,045 male partners (all couples were living in either the United States or Canada. Participants answered extensive surveys including medical history, diet, lifestyle factors including intake of sugar-sweetened beverages. Female individuals were asked to fill out follow-up surveys every two months for a year, or until pregnancy occurred.

Both Males and Female Consumption Correlated with 20% Reduction in Fecundability

Both male and female consumption of sugar-sweetened beverages correlated with a 20 percent reduction in fecundability – the average monthly probability of conception. Females who drank at least one soda a day lowered their likelihood of conception by 25 percent, and males by 33 percent. Intake of energy drinks was related to even larger reductions. Fruit juices and diet sodas were not associated with any significant changes.

Given the excess sugar intake of many North American individuals, this is low hanging fruit for fertility treatment. Eliminating sugar as a first line aspect of fertility treatment may be beneficial, and certainly won’t harm anyone.

Photo by Arshad Pooloo on Unsplash 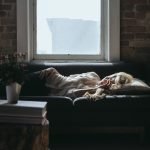 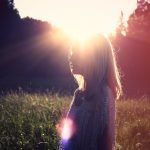