A recent study from the Wake Forest School of Medicine may give insight into why some people experience pain more intensely than others. The research study suggests that the degree to which a person is mindful may impact their experience of pain. The study is published in the journal PAIN.1

“Mindfulness is related to being aware of the present moment without too much emotional reaction or judgment,” said the study’s lead author, Fadel Zeidan, Ph.D., assistant professor of neurobiology and anatomy at the medical school, part of Wake Forest Baptist Medical Center. “We now know that some people are more mindful than others, and those people seemingly feel less pain.”

The study aimed to assess whether “dispositional mindfulness,” or in other words, a person’s natural level of mindfulness, was associated with a lower pain sensitivity, as well as analyze the brain mechanisms involved.

76 non-meditators were included in the study

Seventy-six healthy participants were included in the study. None had ever meditated. They were asked to complete the Freiburg Mindfulness Inventory, a clinical measure of mindfulness, to determine a baseline of mindfulness. A painful heat stimulation was then administered while they were monitored by functional magnetic resonance imaging (fMRI).

The fMRI scans showed that a higher level of dispositional mindfulness did correlate to a greater deactivation of a region of the brain called the posterior cingulate cortex, a central neural node of the default mode network. In individuals who reported a higher level of pain, activation of this region was greater.

“Default mode deactivates whenever you are performing any kind of task, such as reading or writing. Default mode network is reactivated whenever the individual stops performing a task and reverts to self-related thoughts, feelings and emotions. The results from our study showed that mindful individuals are seemingly less caught up in the experience of pain, which was associated with lower pain reports.”

The study showed new neurophysiological information suggesting that people with a higher degree of mindfulness show less activation in the posterior cingulate cortex and also experience less pain. Individuals with lower mindfulness showed greater activation of this region of the brain and also felt more pain.

This study supports further research in mindfulness as it pertains to pain. This may have positive implications for the treatment of chronic pain conditions that do not respond to conventional therapies. 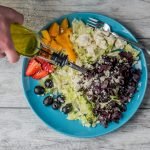 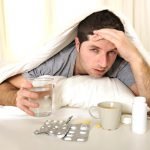 How Does a Hangover Affect Cognitive Performance?Naturopathic News