Lead Exposure Can Be an Issue For Adults as Well

We all know that lead exposure during childhood causes developmental delays and neurological damage, as well as inflammation, kidney damage, and even cancer. The effects of even low levels of lead in children are relatively well known, but this heavy metal also affects adults who are exposed to excessive amounts during life. A recent study addressed this issue and found that adults exposed to lead are at increased risk of death from cardiovascular diseases.

412,000 adults in the United States are at increased risk of dying from a cardiovascular disease due to exposure of elevated lead

The study found that 412,000 adults in the United States are at increased risk of dying from a cardiovascular disease simply because they were exposed to elevated lead over their lifetime. This number is 10 times what had been previously thought, and is actually comparable to the increased risk of lung disease that smoking potentiates – 480,000 per year die from smoking in the United States.

Study looked at over 14,000 individual death certificates of people who had previously been tested for lead exposure

The study looked at over 14,000 individual death certificates of people who had previously been tested for lead exposure between the years 1988 and 1994. The people, who after 20 years had the highest levels of lead in their blood held a seventy percent increased likelihood of dying from cardiovascular disease and were twice as likely of dying from ischaemic heart disease then those with lower levels.

What this study suggests in regards to lead in the adult population, is basically the same as with children, there is “no apparent safe level” of lead exposure.

While data from the National Health and Nutrition Examination Survey do show that lead exposure in adults has declined over the last 2 decades, this study finds an increase death rate at levels lower than previously thought. Death rates were seen to be affected by levels even under 5 mcg/dL.

People can be exposed to lead in many different ways. Perhaps the most well-known source of lead exposure is when young children eat paint chips from lead based paint (used in older construction). There’s also lead used in bullets and fishing weights, and certain craft supplies and solder. And approximately 1.6 million people are exposed to lead on the job.

Water and food are another source of lead exposure

Drinking water and food are also major sources of lead exposure. Lead was used as a pesticide in the early 1900s. Because it doesn’t break down it is a long-term source of pollution on agricultural land. Lead has been measured in foods like grains, milk and produce.

Wild game and imported foods can be contaminated as well

Other sources include wild game contaminated by lead shot, and some imported foods, such as Mexican tamarind candy and chapulines. 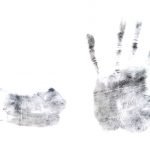 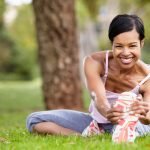