Seasonal Allergies Could Change Your Brain

Seasonal allergies are always an unwelcome guest, giving you a stuffy nose and itchy eyes, but according to a study published in the open-access journal Frontiers in Cellular Neuroscience, it could do more than that. It could change your brain.

Using a model of grass pollen allergy, the researchers found that brains of mice exposed to allergen actually produced more neurons than controls. Interestingly, they found that during an allergic reaction, there was an increase in the numbers of new neurons in the hippocampus, the part of the brain responsible for forming new memories. The formation and functioning of neurons is linked to the brain’s immune cells, the microglia. One intriguing and surprising development during the study was that they found that the same allergic reaction that kicks the body’s immune system in high gear, has the opposite effect on resident immune cells of the brain. The microglia in the brain was deactivated in brains of these animals.

“It was highly unexpected to see the deactivation of microglia in the hippocampus,” said one researcher. “Partly because other studies have shown the reverse effect on microglia following bacterial infection. We know the response of immune system in the body is different in case of an allergic reaction vs a bacterial infection. What this tells us is that the effect on the brain depends on the type of immune reaction in the body.”

This study revealed a surprising result and could help us understand the link between allergies and memory. 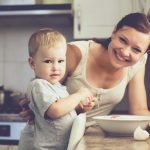 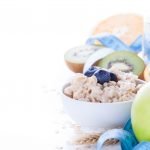