Study Reveals that Bile Acids May Help with Cocaine Abuse

An interesting study recently suggests that bile acids may have an effect on the brain, which may help with the treatment of drug addiction.1 Bile acids, synthesized in the liver, are agents essential to the emulsification of dietary fats. They are also known to have some hormonal effects systemically. The current study found that they can reduce the reward signaling of cocaine use. This could be a potential aid in the treatment of drug addiction.

Previous evidence has suggested that bile acids interact with the brain’s reward system. As bile acids are released in the upper part of the small intestine by the gallbladder, they emulsify fats, and then they are partially dehydroxylated before being reabsorbed into the enterohepatic circulation. Surgeries that divert bile secretion to the end of the small intestine – a popular weight management technique – increase the amount of bile in general circulation. What is seen is that appetite for high-fat foods is decreased, which has led to an assumption that these bile acids may be affecting brain reward pathways.

To confirm this hypothesis, researchers showed that the bile diversion surgery in fact does elevate bile acid levels in the brain. The elevated bile acid levels were also seen to affect a decrease in dopamine levels in response to cocaine administration in mice. Mice who had undergone this surgery were seen to have less preference for cocaine than other mice – indicating a potentially less rewarding experience.

The researchers also used a drug called OCA, which interacts similarly to bile acids in the brain, activating a receptor called TGR5. The OCA was seen to have the same effect as the bile diversion surgery in cocaine addicted mice. This supports that the effects seen from the surgery were due to the increase in circulating bile acids.

Furthermore, knocking out the TGR5 gene from the nucleus accumbens in the brain was seen to prevent the bile acids from reducing the cocaine’s rewarding effects. 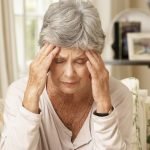 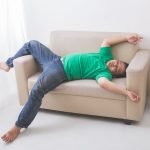