The Roots of Naturopathy: Introducing the WNF White Paper

Naturopathy is considered a system of traditional medicine in Europe. In the late 1800s the practice of naturopathy spanned into North America, Western Pacific, and India. Today, naturopathy / naturopathic medicine is practiced in over 80 countries, spanning all world regions.

One of the initial tasks of the World Naturopathic Federation (WNF), when it was formed in 2014, was to determine how naturopathy is practiced throughout the world. The assumption was that the practice of naturopathy differed dramatically from one world region to another. To our surprise, the results of a global survey on naturopathy revealed that although the educational standards and the regulatory status of naturopathy are quite diverse, the underlying roots of naturopathy, how it is practiced, and the theories that guide assessment and treatment, are actually extremely similar. 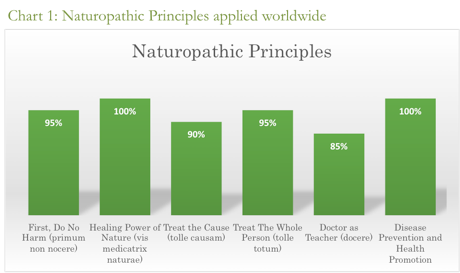 As a result of the consistency in the 2 surveys, the WNF decided to create a White Paper outlining the philosophies, principles, and theories that define the global practice of naturopathy. What follows is a summary of that document.

Purpose of a White Paper

The purpose of a White Paper is to represent a unified voice on a particular topic. The aim of the WNF White Paper on naturopathic philosophies, principles, and theories is to provide clarification on the core concepts that compose the foundation of naturopathic practice.

The document will act as a guide for naturopathic educational institutions and will assist in providing a common framework for how these concepts are taught. Along with the document “Defining the Global Naturopathic Profession,”2 the White Paper will assist naturopathic organizations seeking regulation or recognition in clarifying the roots of naturopathy.

Creation of the White Paper

Other references were used to support the curriculum details. The White Paper document includes a detailed list of the resources and references used.

The draft document was then circulated to all WNF members and sponsors for feedback. At the July 2017 WNF General Assembly, the “WNF White Paper: Naturopathic Philosophies, Principles and Theories”3 was endorsed by the WNF members.

The WNF White Paper is a 100-page document that includes an appendix of an historical overview and a book list. It provides a detailed review of each concept and includes some of the main contributors that have been instrumental in the development of the naturopathic concepts. The White Paper is a working document and will be modified over time to reflect the development of the naturopathic profession globally.

The Roots of Naturopathy – a Brief Synopsis

The foundational basis of the naturopathic profession includes 2 philosophies: vitalism and holism. It also includes 7 principles: First, Do No Harm (primum non nocere), Healing Power of Nature (vis medicatrix naturae), Treat the Cause (tolle causam), Treat The Whole Person (tolle totum), Doctor as Teacher (docere), Disease Prevention and Health Promotion, and Wellbeing. Finally, it includes 3 distinct theories: Humoral Theory, Emunctory Theory, and Therapeutic Order. Following is a snippet of the information contained in the White Paper. We encourage you to check out the White Paper document at http://worldnaturopathicfederation.org/wnf-publications/ for the full overview.

The philosophies of vitalism and holism are core to naturopathic practice globally. The combination of philosophy and medicine was common at the time when the relationship of health and diseases with nature became part of scientific thought under Thales of Miletus, around 600 BC. Health and diseases were no longer given mythological explanations; rather, reasons for the existence of natural phenomena were sought via theories and hypotheses, ergo science.

The roots of naturopathy go back thousands of years, relying on the healing wisdom of many cultures, including Indian (Ayurveda), Chinese (Taoist), Greek (Corpus Hippocraticum), Arabic, and European Egyptians (Monastic). In these early civilizations people lived in a harmonious relationship with their surroundings, and the understanding of disease was accomplished by observing nature and how it interplayed with human life.

What these traditional forms of medicine have in common is the understanding that the body has an innate ability to heal – referred to as vitalism – and that life, health, and disease follow certain laws and principles that are logical. They recognize that in order to achieve health, you must treat all aspects of an individual, also that health is dependent on a healthy lifestyle and on the health of the environment – referred to as holism. Vitalism and holism are the core naturopathic philosophies.

Vitalism is the basis for the development of the naturopathic principle Vis medicatrix naturae and the theories Vital Force and the Theory of Vitality.

A summary of the 7 naturopathic principles are as follows: 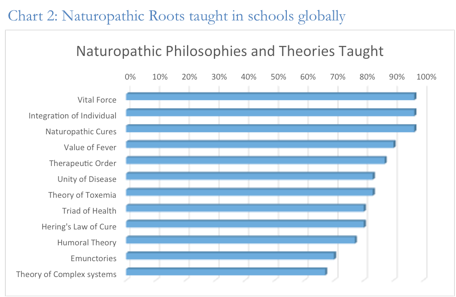 Three core naturopathic theories – Humoral Theory, Emunctory Theory, and Therapeutic Order – are considered core to the practice of naturopathy globally and are expanded upon in the White Paper: 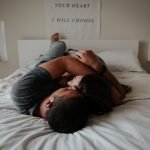 What Men Really Want . . . In the BedroomNaturopathic News 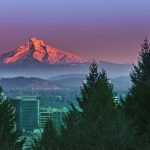