National Geographic Society’s Explorer-in-Residence Will Receive College’s Highest Honor
PORTLAND, Ore. (June 20, 2011) —National College of Natural Medicine will confer upon celebrated ethnobotanist and anthropologist Wade Davis, PhD, its highest academic honors in recognition of his work to advance botanical medicine and ancient healing traditions still practiced throughout the world. Davis will also deliver the keynote address during NCNM’s 2011 commencement ceremony on Saturday, June 25, to be held in the Mark Building of thePortland Art Museum.
Named by the National Geographic Society as one of its “Explorers for the Millennium,” Davis collected more than 6,000 botanical specimens while living among indigenous people in the Amazon and the Andes. He published two books about his experiences, Passage of Darkness and The Serpent and the Rainbow, which became a best seller and was later released by Universal Pictures as a major motion picture.
His latest book is The Wayfinders: Why Ancient Wisdom Matters in the Modern World.
“Dr. Davis’ work is heralded by naturopathic and Chinese medicine practitioners in every corner of the globe. Our natural medicine practitioners embrace ancient wisdom—our medicine is its legacy,” said NCNM President David J. Schleich, PhD.
“Wade Davis’s vast portfolio of writings, photographic exhibits and other contributions examine the extraordinary intelligence that has been passed down through the ages. He has helped provide profound insight into ancient healing traditions that have been long ignored by modern science and conventional Western medicine,” Schleich said. “We honor him for his dedication and contributions to science and medicine.” 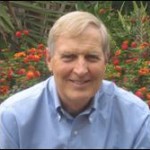 Also being honored at the commencement ceremony is Donald Warren, ND, a 1984 NCNM graduate who will receive anNCNM Presidential Medal of Service for his leadership on behalf of naturopathic medicine.

Schleich noted that the Medal of Service is given to outstanding members of the NCNM community who have significantly contributed to the profession, patients and communities that they serve.
“Dr. Warren continues to work tirelessly to advance naturopathic medicine, research and education, and is widely recognized for his contributions,” said Schleich. “For more than 25 years, Dr. Warren has played a key role in bringing stability, recognition and growth to naturopathic medicine through his service on the Council of Naturopathic Medical Education, among other significant organizations. NCNM is very proud of Dr. Warren’s accomplishments and is deeply indebted for his past support of our college during a critical period in its history.”
Warren is a past president of Canadian College of Naturopathic Medicine and of the Council on Naturopathic Medical Education (recognized by the U.S. Department of Education as the programmatic accrediting agency for naturopathic medicine in North America). A founding member of the Academic Consortium for Complementary and Alternative Medicine, Warren served on an advisory panel for the U.S. Institute of Medicine Committee, and is a co-founder of the Naturopathic Foundations Project. He is currently a principal investigator for the Selenium Supplement Clinical Trial, which is examining the role of selenium in boosting compromised immune systems of AIDS and HIV patients in Rwanda.
NCNM will confer 103 degrees at the commencement ceremony to its 2011 graduates, including Doctor of Naturopathic Medicine, Master of Science in Oriental Medicine, and Master of Acupuncture. The medical college will also award certificates in naturopathic obstetric and midwifery, homeopathic medicine, Shiatsu and advanced studies in classical Chinese medicine.
ABOUT NCNM
Founded in Portland in 1956, NCNM is the oldest accredited naturopathic medical school in North America. A nonprofit college of natural medicine, NCNM offers four-year graduate medical degree programs in Naturopathic Medicine and Classical Chinese Medicine. Its community clinics offer low-cost medical care throughout the Portland metropolitan area, and along with the campus-based NCNM Clinic, practitioners attend to approximately 40,000 patient visits per year. NCNM’s Helfgott Research Institute conducts rigorous evidence-based research to advance the science of natural medicine and improve clinical practice. Until July 2006, NCNM was known as the National College of Naturopathic Medicine. Additional information is available at www.ncnm.edu.