Warning and Recommendation from CDC on Contaminated Synthetic Cannabinoids

Nearly 100 biological specimens shown to be contaminated with brodifacoum

Nearly 100 biological specimens have been shown to be contaminated with brodifacoum, a vitamin-K antagonist commonly used in rat poison. It is suspected that brodifacoum was mixed with certain synthetic cannabinoid products – intent has not been commented on.

Most cases of coagulopathy isolated to midwestern and southern states

Most of the cases of coagulopathy have been isolated to midwestern and southern states: Florida, Indiana, Maryland, Kentucky, Pennsylvania, Virginia and Wisconsin. Five deaths have been reported.

The CDC recommendations, as listed on the CDC website are as follows:

Synthetic cannabinoids are NOT marijuana or cannabis

Synthetic cannabinoids can be used in a variety of ways

These synthetic cannabinoids can be used in a number of different ways, such as sprayed onto plant material and smoked, used in vaping devices, or ingested. They are commonly available at convenience stores, or online as incense or natural herbal products. Some of the names these products are marketed under inlcude, “fake weed,” “legal weed,” “synthetic marijuana,” “K2,” and “Spice.” 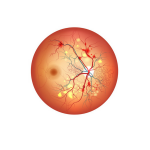 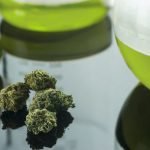