AUSTIN, Texas (April 26, 2018) — The nonprofit American Botanical Council (ABC) recently submitted comments to the US Food and Drug Administration (FDA) noting “that more clinical and other research into the medicinal properties of cannabis is warranted, and that the Schedule 1 status of cannabis is one of the most significant impediments to carry out such research.”

ABC’s submission was in response to the FDA’s request for “comments concerning abuse potential, actual abuse, medical usefulness, trafficking, and impact of scheduling changes on availability for medical use” of five substances: cannabis plant and resin; extracts and tinctures of cannabis; delta-9-tetrahydrocannabinol (THC); stereoisomers of THC; and cannabidiol (CBD).

The US Department of Health and Human Services (HHS) will take the public comments into consideration as the HHS prepares its response to a request for information from the World Health Organization (WHO). According to the FDA, the WHO “will use this information to consider whether to recommend that certain international restrictions be placed on these drugs.”

In its comments, ABC emphasized that cannabis’s Schedule I status under the Controlled Substances Act (CSA) of 1970 is outdated and inappropriate. A Schedule 1 drug or substance is defined as having (A) “a high potential for abuse”; (B) “no currently accepted medical use in treatment in the United States”; and (C) “a lack of accepted safety for use … under medical supervision.”

“In 1970, when the Controlled Substances Act was enacted, reliable information on the medical value of cannabis was relatively scarce,” the nonprofit noted in its comments. “This has changed over the past years, where a number of clinical studies have been carried out to evaluate cannabis, and cannabis isolates, for a variety of conditions and ailments.”

Data included based on literature review, including systematic reviews and meta-analyses published between 2015 and 2018

In the comments sent to the FDA, ABC provided short summaries with evidence of the benefits of cannabis, and cannabis fractions enriched in CBD, or THC and CBD, as therapeutic agents in the treatment of pain, multiple sclerosis, and epilepsy. The data included are based on a literature review, including a number of systematic reviews and meta-analyses published between 2015 and 2018. The publications substantiate that cannabis preparations have significant medical benefits.

ABC concluded: “Based on the promising results from the human studies on cannabis, the current hurdles to investigate cannabis, cannabis extracts, and purified fractions obtained from cannabis, as promising ingredients for a number of medical issues do not seem appropriate in view of the potential benefits that this plant might provide. Therefore, [ABC] recommends that cannabis be removed from Schedule I from the Controlled Substances Act and that other appropriate actions are undertaken to enable more appropriate access of cannabis and its components for medicinal investigations.”

FDA notice explains that HHS will simply provide an evaluation of the 5 substances, not a recommendation for their scheduling

The FDA notice explains that HHS will simply provide an evaluation of the 5 substances, not a recommendation for their scheduling, to the WHO, which will conduct a “pre-review” of the evidence during a special session on cannabis and cannabis-related substances at the 40th meeting of the Expert Committee on Drug Dependence, which will be held in Geneva, Switzerland, from June 4-8, 2018.

ABC’s comments were written by ABC Chief Science Officer, Stefan Gafner, PhD. A copy of ABC’s comments to the FDA is available here.

*[reprint with permission from ABC] 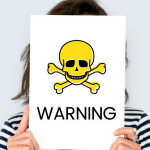 Warning and Recommendation from CDC on Contaminated Synthetic CannabinoidsNaturopathic News 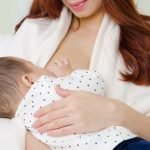 Another Reason to Breastfeed InfantsNaturopathic News