What’s Behind the Heartbreaking Risk of Anti-Inflammatory Drugs

A study out of UC Davis and published in the Journal of Molecular and Cellular Cardiology found some of the ways that pain relievers like ibuprofen and other non-steroidal, anti-inflammatory drugs (NSAIDs) can harm heart tissue.

Using a the heart of rats and mice, they found that NSAIDS, “Attach mitochondria, reducing the cardiac cell’s ability to produce energy, cause the production of reactive oxygen species, which stresses heart cells and is associated with many diseases, including heart disease, and impairs the cardiac cell’s proteasome, the mechanism for degrading harmful proteins. This leads to toxic buildup and eventually to the death of cardiac cells.”

Interestingly, the study revealed that taking an antioxidant like vitamin C, before ingesting the NSAID may prevent the cardiac cell death without interfering with the drug’s ability to provide pain relief.

One of the researchers notes that for moderate pains, rubbing the anti-inflammatory topically onto the pained area can be effective without exposing the entire body to increased cardiovascular risk. Those are two ways to avoid cardiovascular risk when dealing with pain and NSAIDS. 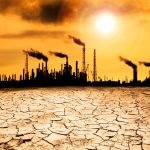 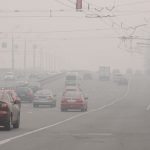